The character that is Ron Suno is emerging as a hot prospect from the bubbling scene of underground music in New York City.

Accompanied by fellow New Yorker, Fivio Foreign, who like Ron, has risen in popularity after embracing the “drill” sound originating from the UK, the two have created a high-octane banger far more reminiscent of Chicago drill entitled “Spider-Man“.

The pair of them have never shied away from flaunting their cool dance moves that were more than present in the video. You can check them out above!

For more from Fivio Foreign, take in his new track with Drake. 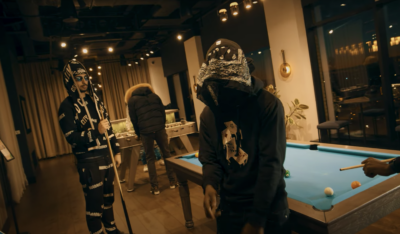 Kiz has come through with a brand new music video online. Check out the visuals for this latest offering, titled “Agenda”, above now on GRM Daily....