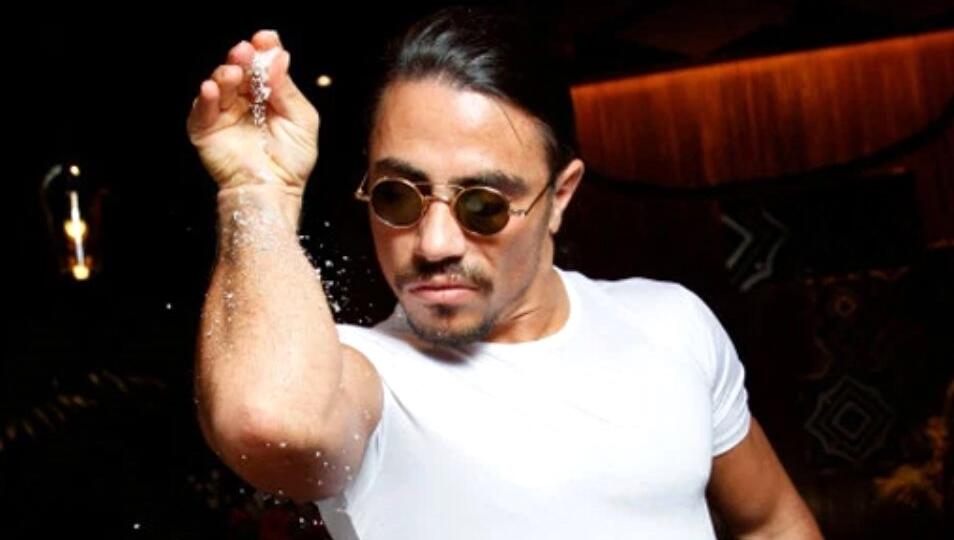 Salt Bae will open his restaurant Nusr-Et in London and will serve a £700 steak covered in gold on his luxury menu.

Salt Bae, born Nusret Gökçe, rose to viral stardom in 2017 after videos circulated on social media of his unique method of cooking and serving steak.

With successful restaurants in Turkey, Greece, Abu Dhabi, Miami, New York and more, Gökçe will now open a restaurant in London’s Knightsbridge which is a hub for the capital’s most wealthy people.

The site at Park Tower Knightsbridge Hotel will be the internet star/chef’s first UK restaurant and among the menu items is his infamous 24-carat gold steak which costs £700.

According to GQ, only those who order luxurious items such as the 24-carat steak are able to be hand fed and served by Salt Bae himself.

Founder of Code Hospitality and restaurant insider Adam Hyman told the publication, “Knightsbridge is the perfect postcode for the restaurant, whether it’s for those who want to tick the restaurant off their restaurant bucket list or the locals and tourists of SW1 who want to eat somewhere other than Zuma.

“People are itching to get out, socialise, have fun and spend money. As a city, we have been starved of restaurants for practically an entire year, so new openings will be received with even more anticipation than pre-Covid times.”

The menu boats a large variety of steaks as well as other items such as shrimp, meatballs, burgers, spaghetti, orange truffle and salads.

The restaurant is set to open on the 17th May when Boris Johnson’s lockdown roadmap will allow indoor venues to reopen for first time since national lockdown was imposed back in December 2020.