Charlie Sloth has taken his highly-acclaimed Fire in the Booth series to the beautiful Caribbean Island of Jamaica. In the latest episode of the series, he’s joined by the Dancehall Legend Sean Paul!

In a blissful setting, Sean Paul effortlessly freestyles with his iconic sound. He has mastered the ability to make just about anything he raps or sings sound good and the energy he brings along with charisma makes him untouchable when he’s locked in.

Sean decides to utilise a different flow and pace on both the beats Charlie puts on, using one to gas the listeners up and the other to have a little fun.

Getting Sean Paul on the Fire in the Booth: The Jamaica Series is a major movement by Charlie and you can check out this week’s full episode above! 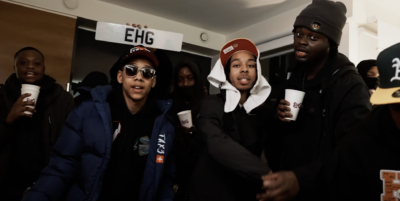