Skatta drops remix of The Streets’ “Has It Come To This” 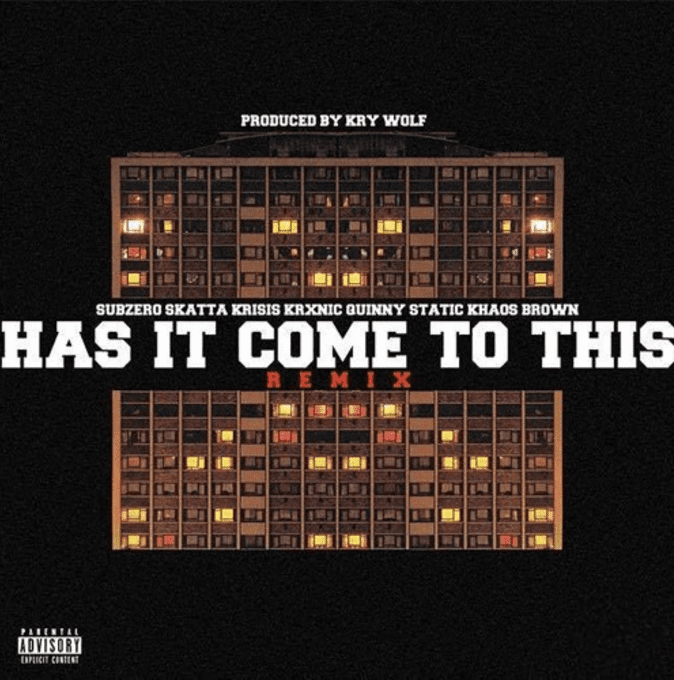 Skatta and Subzero have revived The Streets’ breakthrough hit “Has It Come To This’ which paved an evolutionary route for UK garage when it hit the top 20 in 2001. Their 2016 redux, produced by Krywolf features some strong verses from local MCs to compliment the track.

The breadth of talent bursting out the West Midlands grime scene has been keeping the London artists from getting complacent for a good five years now. With Birmingham and Wolverhampton raising the lion’s share of artists and producers, it was only a matter of time until the surrounding cities followed, which is where Coventry’s cohort of grime steps in.

Following the impact this will make on the 20 year old’s upward career trajectory, Skatta’s debut album ‘Skatta’d Pieces’ is set to feature some big UK and US artists, and follows 2015 appearances at Isle of Wight Festival and Godiva Festival, and supporting major grime talent such as Big Narstie, JME, Mikill Pane, Lady Leshurr and many more.

Listen back to Skatta’s collective The Society link up for this posse cut “Me and my team“and download their EP for free here.