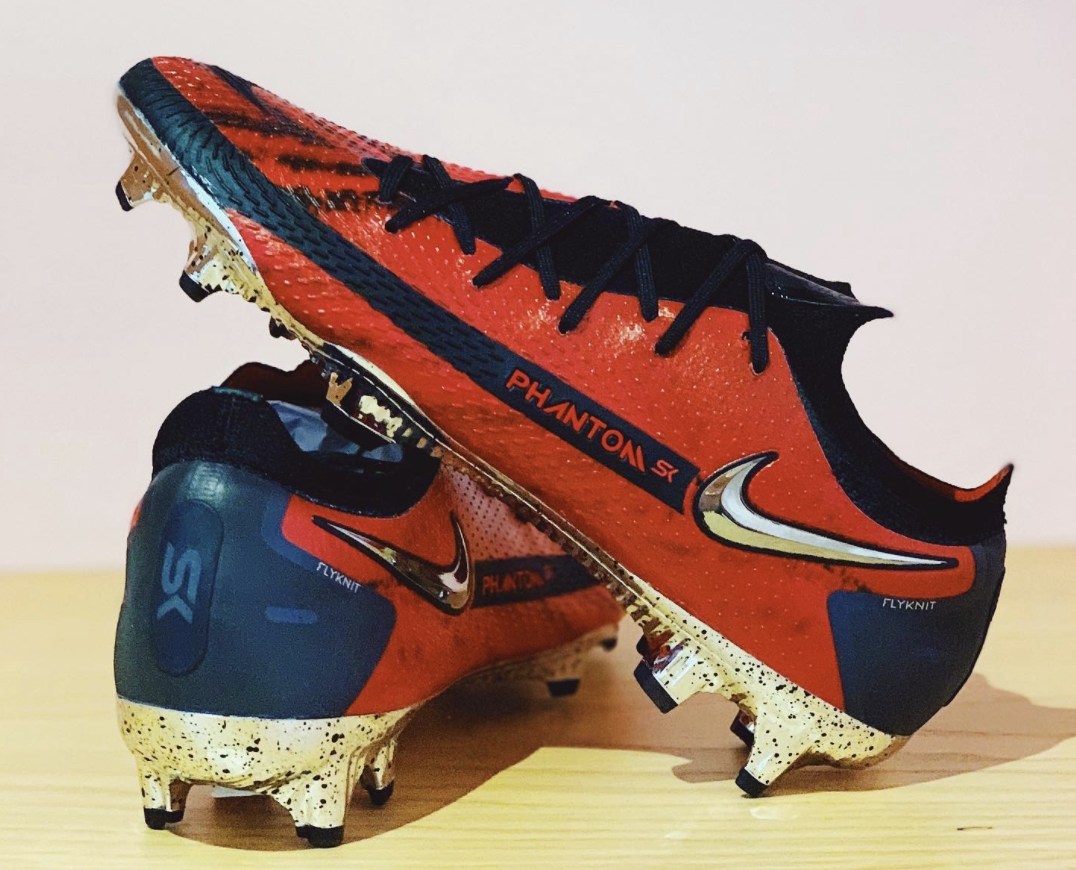 Fresh off the back of the release of his Sk Air 5s, Skepta has now teased another collaboration with Nike dubbed the ‘Sk Phantom’ and this one comes in the form of a football boot.

The north London legend shared images of the football boots on Instagram, writing: “Happy the Euro Football tournament is back on this year, even more happy to present my latest collaboration with @Nike the Sk Phantom football boot – June 13th #SkPHANTOM.”

Due to launch on June 13th, the Sk Phantom is Skepta’s first ever football boot collab with Nike and comes a month after the release of his popular Sk Air 5 trainer.

The Sk Phantom will come in a sleek red colourway and will include FlyKnit technology, judging by the tag on the heel.

The football boot is the latest collaboration from Skepta and Nike who have worked on numerous trainers prior to the Sk Air 5 including the the Air Max 97 SK, Air Max 97/BW Sk Air II, Nike Air Max Deluxe SK and the SK Shox TL.

It’s also not the first time the two have partnered up in the name of football as Skepta and the Boy Better Know collective wore custom Nike x BBK jerseys when they took over the London O2 in 2017. Each jersey worn was then auctioned for charity in 2019.

The Sk Phantom is due to arrive in time for next month’s European Championships tournament.