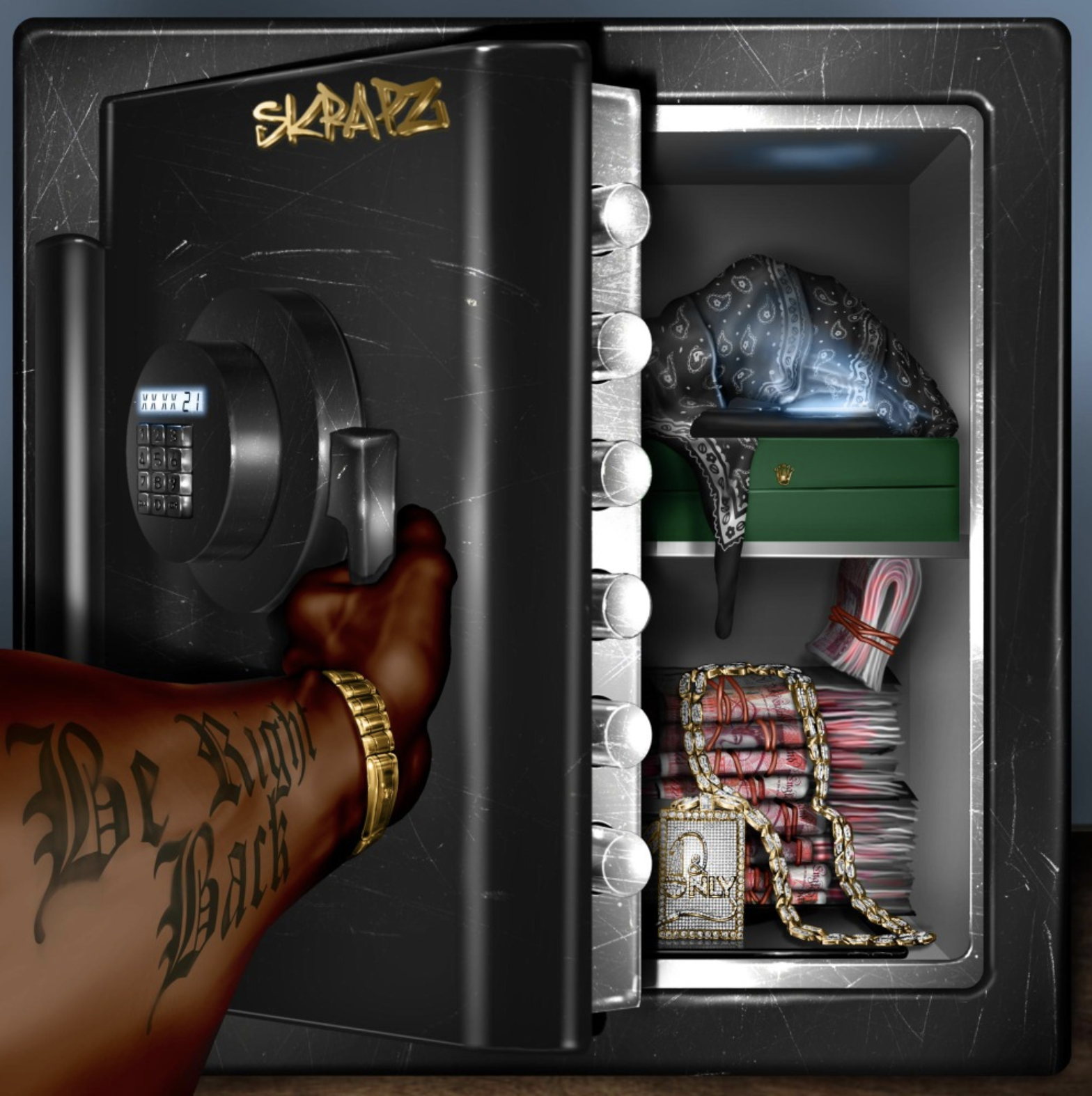 Ice City’s Skrapz has presented us with his brand-new mixtape titled Be Right Back.

Housing ten tracks, this latest project from Skrapz is filled with the rapper’s real rap style which has allowed him to cement his position as one the scene’s icons over the years.

In addition to hearing Skrapz’s much-loved, laid-back delivery, we also hear from several other creatives who bring their own flavour to the mixtape such as Blade Brown, Nafe Smallz, George The Poet, Monique and S Dot B Lee, as well as Skrapz’s fellow Ice City guys Nines, J Styles and Fundz.

Back in September, Skrapz blessed us our Daily Duppy series with a special freestyle and this also makes an appearance towards the end of the project on track nine.

Take in Be Right Back in full below!