GRM Exclusive: SL Cements his position in the game with ‘Selhurst SE25’ 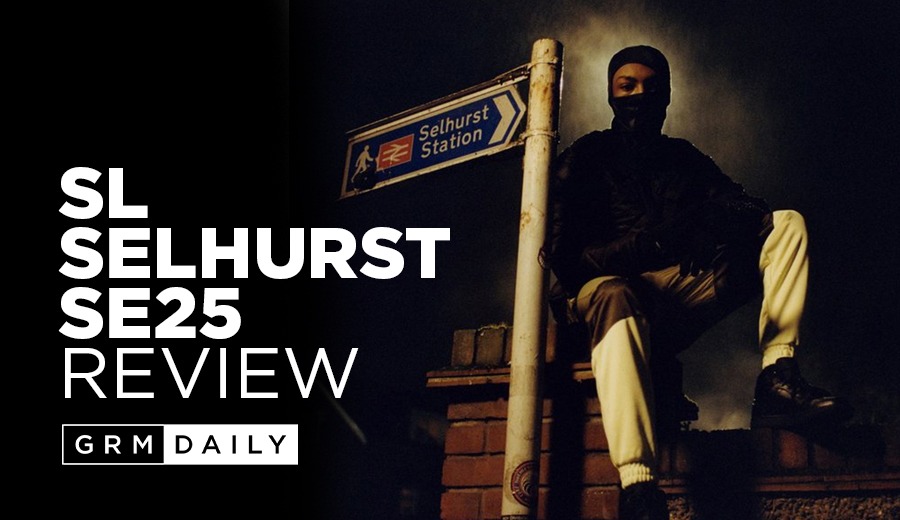 In an interview with the Fader in 2018, his only ever major interview, SL said about releasing music that, ‘I put a limit on how much I put myself out there, because I don’t want to put out too much, too soon, too often. You don’t need to rinse yourself out.’ It is no surprise then that his returning EP consist of four songs and lasts only 10 minutes and 34 seconds.

However, what also comes as no surprise to anyone who has followed the prodigious artist’s career to this point, is that these four songs demonstrate the South London rapper to be one of the most exciting talents in the UK, demonstrating versatility in production, and a distinctive rapping style that does fail to deliver throughout. Selhurst SE25 sees SL continue to grow and build from his early career successes, with songs such as “Gentleman”, “Tropical”, and “Oh My” already in his back catalogue, while his partnership with esteemed American producer Kenny Beats across the majority of the tape signifies a sound with a much wider reach than the postcode the EP was named after.

Selhurst SE25 kicks off with “Hit The Block”, produced by Kwes, the only song not to be produced by Kenny Beats across the tape. The eerie high notes and dark bass coupled with a hard hitting drum beat acts as a perfect trampoline for SL and Pa Salieu, who features on the track, to bounce off each other. Salieu kills this feature, further adding depth and murkiness to the already greazy track, and demonstrating he is on the same career trajectory as SL, not a mere J Hus impersonator that so many people were quick to label him after the release of “Frontline”.

The next three tracks on the tape are produced by Kenny Beats, an American producer who has worked with the likes of Vince Staples, Schoolboy Q and Denzel Curry. There is a clear change in mood in terms of production when the EP moves on to “Bad Luck”, the second track which feels as if it fits more into SL’s discography. The booming bass and hi hats compliment the flute sample on the instrumental, while in the next track, arguably the stand out on the EP, “Little Bird” uses a violin loop which provides a grand, cinematic feel to an otherwise trap beat. “Leave Me Alone”, the final track, is perhaps the most experimental instrumental on the whole tape, leaving gaps for SL to ride the beat seamlessly.

SL has always been unique in terms of his delivery and flows, meaning he cannot be categorised by a particular soundscape. His laid back delivery and lyricism lets the rapper float across every instrumental across the tape, never feeling as if he is chasing a beat and instead leaving a slew of polished and well crafted verses on every track. Pa Salieu acts as a great foil for SL on “Hit The Block”, contrasting a darker, punchier delivery with the Croydon rappers gliding bars.

Lyrically, the subject matter across the EP is similar across all tracks, with SL encompassing the lifestyle of a successful rapper and trapper. SL delivers these themes with humour, further backed up with his relaxed style. “Bad Luck” is littered with witty punchlines and similes, while “Little Bird” contains my favourite bar on the whole tape, ‘Plus I come up from the streets like Masvidal, Talk tough, then I’m aimin’ at your mandible’. While it would be wrong to say that the tape is lyrically astonishing, that has never really been the draw of SL. Instead he is able to create perfect soundscapes with his thematics and flows, which really come into their own on the final track, “Leave Me Alone”.

Bursting onto the scene at 15, SL is still one of the youngest in the game with a discography far beyond his years. Three of the songs on this EP come with fantastic cinematic visuals, as well as a 30 minute promo video of a point of view shot behind the mask, walking round SE25. SL has also pledged to donate £100,000 to charitable causes in order to improve and impact the lives of young people of all ethnicities. Still only 18, it would be easy to say that SL is one for the future, but Selhurst SE25 proves that he is one for the present, both on and off the mic.