Staff picks is back for another week, bringing you some of the hottest new tunes that we’re feeling coming into the new year!

This transatlantic link up sees MELOWDOWNZ and Coops trade bars for an intense lyrical display. The video sees both rappers authentically in their individual cities driving around. With an slower mellow beat providing the foundation for the track, MELOWDOWNZ thoughtful bars shine through.

With his hit “Tropical” dropping last Christmas, SL decided to start what seems like a tradition with the drop of his latest track “Summertime Santa”. The video sees SL in picturesque scenery making for impeccably sleek visuals that we’ve come to associate the ‘Gentleman’ rapper with. He spits heat over a beat that uses whimsical bell tones well in line with the track name.

Currently trending on YouTube, Chris Brown’s latest track “Undecided” is a melodic banger that sees the multi-talented artist flex his prowess. The video kicks off cinematically with Chris initially in an abandoned theme park which then gets brought to life. With an old-school influence, this track is fun and upbeat.

“Undecided” is produced by the legendary Scott Storch and it samples come classic 90’s R&B. With the internet fighting over who has the King of R&B crown, this new drop proves Chris is still in the race. The vibe of the track comes just in time for Valentine’s Day next month” – Naimah Archibald – Powell (Writer) (@naimahrebelle)

Vibey from the onset, K Don glides melodically across an up-tempo but subtly melodic beat. Dropping clever similes throughout, the Manchester rapper shows why he is up next. Switching up his flow seamlessly and delivering a catchy hook, this one is not just a freestyle

“K Don proves that he is one to watch this year with his wavey flow and memorable lyrics. The Manchester native is another addition to the city’s group of rising stars alongside the likes of Aitch and Tunde.” – Aaron M (Writer) (@AaronVisuals)

Young acclaimed producer Tank God links up with rising star Roddy Ricch for this new drop. With a instrumental that intertwines warm string tones with hard-hitting beat, “Better” sees Roddy flow in perfect unison, coming with his signature style. This collab is successful in turning out a banger that leaves people wanting more.

“Roddy Ricch is just the guy and him Tank God make a good pairing. Excited to see what both have in store this year.” – Shante Collier-McDermott (Writer) (@shancolls)

“Fireworks” has a gritty instrumental that features Hoodrich Pablo spiting effortlessly for a head-bopping banger. The visuals see the Atlanta rapper in several scenes with vivid lights and an energy that’s contagious.

This superstar link up has everyone gassed. With monochrome visuals, the video is spookily cold – inclusive of elusive details that are inline with both rapper’s bars. The Tottenham rapper comes in clean with his signature flow and clever bars. Dave drops a verse that is straight fire, with the two turning out a track that no one expected, but definitely works.

“18HUNNA” sees Dave set the lyrical standard for 2019, with punches, metaphor and similes galore. If this doesn’t have you clucking for a Dave album, I don’t know what will!” – Seth P (Features Editor) (@writersblog88) 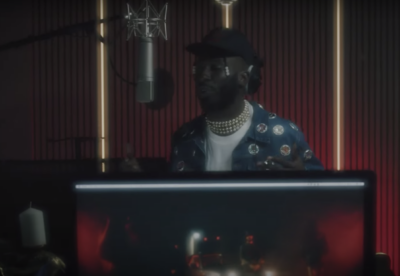 Kojey Radical & Mercston join Splurgeboys for "How You Been Remix"

Splurgeboys have enlisted two stellar MCs, Kojey Radical and Mercston, to join them on the remix of their single “How You Been”. Watch the official video above now on GRM Daily....