GRM Exclusive: Why Wretch 32’s Midas touch on “Mel Made Me Do It” Should Not Be Slept On 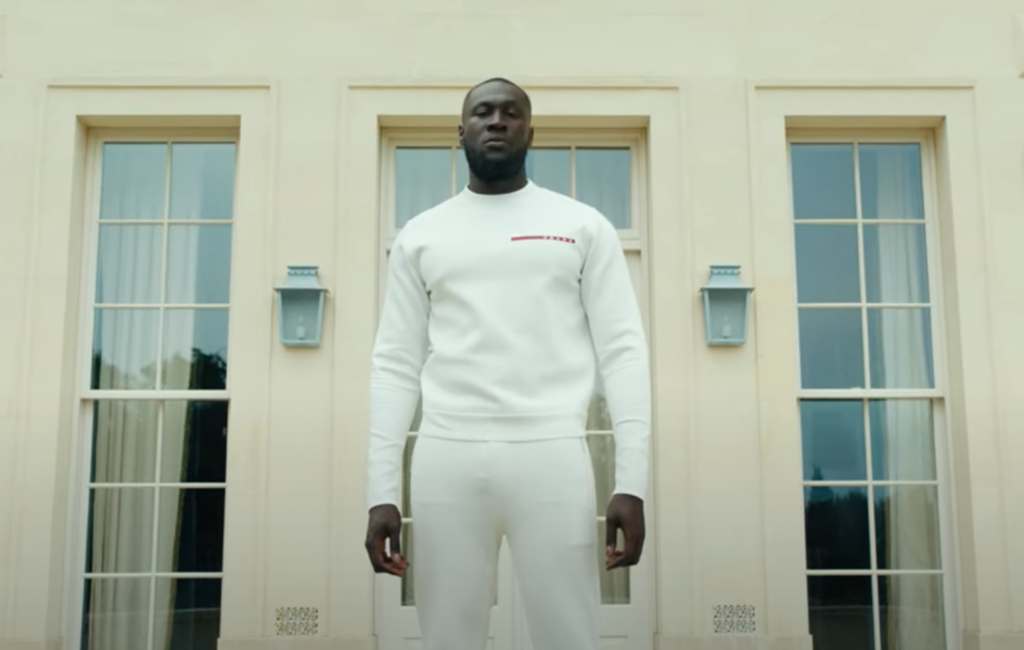 Named after his stylist, and all-around tastemaker; Melissa Holdbrook-Akpose, Stormzy’s new track “Mel Made Me Do It”, was a star-studded event. Visual cameos were made from mega-stars from Usain Bolt, Louis Theroux; who made his segue into music earlier this year with “Jiggle Jiggle”, Little Simz, Jose Mourinho, Dave & Nella Rose. A heartfelt tribute was also made to late SBTV founder Jamal Edwards MBE who is survived by his family in the video.

Stormzy is an artist who can hold his own ground, but still invites space for other artists on his tracks. The new release features vocals from acclaimed dancehall artist Stylo G; and concludes with a spoken word monologue from Emmy award-winning actor Michaela Coel, written by music legend Wretch 32, accompanied by the Black tastemakers of today, pictured walking through a garden and standing tall in unison.

Coel famously had her start in poetry through performing at various open-mics; preceding her entry into acting. Similarly, Wretch’s capabilities go far beyond those of a typical artist, his 2019 Book “Rapthology” eloquently details the process. “Once you’ve been affected by something, you can store the emotion that you need to pull an idea from the other side of the wall and into reality. You can own it, control it, put it into words and lift the weight off your shoulders by putting those words out into the world”.

“Mel Made Me Do It” was less of a song and rather a sermon. The decision to include the monologue in the visual’s of the track is a rightfully calculated one. It speaks to visibility and sends an important message which the video accompaniment will force to wider viewership. We stand at a pivotal moment in history. Across multiple industries; music, media, sports, design – the pioneers are black. This is not a diss-track, nor can it be watered down to a “viral moment”. This is a story about strength in numbers, overcoming resistance and pushing through to the other side; where dreams can come true.

[Today, we speak about foundation.

Many great black influential giants have touched people from soul to soul, throughout many generations.

Our DNA empowers us, we can make a song and dance out of anything.

Our genes are enriched, it seems there is not a seam out of place in our fabric.

Bespoke & be woke and although sometimes we may be introvert, we’re all alone in this together.

Brothers & sisters, families in business, flipping the scripts, screaming from the rooftops, echo in the unheard voices & writers, this time will be timeless.

So with or without signal; we’re major.

Gabrielle once told us, dreams can come true, and that sentence emancipated the minds of our pioneers.

Brick by brick, a safe-house and garage was opened in each community.

Self-sustainable and vulture resistant, self-belief meant that the culture was left in the hands of the culture & the revolution was re-energised, the moment it was televised.

I need to remind you this is not a phase, this is phase one.

This isn’t divide and conquer, this is provide and prosper.

This isn’t destroy and rebuild, this is I love my future more than I hate parts of my history.

You’ve seen what we put together when we come together.

You’re living in it.

So let us reign in honour of the wind rushing through our veins.

Leaving suffering and pain – will we ever be the same?

Not any storms could have weathered the storm but when you are who you are, you can’t run from the journey, the expectations, or the destination.