Stormzy responds to NME using him on cover without permission

Stormzy is without a doubt the man to be in music right now. That’s not just grime, Big Mike is ruling all of the UK music scene right now. So it a makes sense that every magazine want them on their cover, but not everyone can have him.

Stormzy has been very selective with the broadcasters and publications that he’s been giving interviews to, mainly sticking to high end mainstream news publications like the Guardian and Channel 4 News. NME wasn’t one of the places that Stormz has chatted to in the last month, but they decided they wanted to use him as this month’s cover star regardless.

The latest edition of the magazine features Stromzy on the cover, with the tagline “Depression: It’s time to talk”. Stormzy’s battle with depression has only recently come to light thanks to GSAP and his in-depth interview with Channel 4 and it’s become a huge topic. NME didn’t actually speak to Stormzy for the issue, but used him as the poster boy for a feature on depression.

Stormzy was understandably vexed to be used in such a way without his permission and took to twitter to vent.

@NME They’ve used me on their cover without my permission. Depression is a very very sensitive issue and it’s something I’ve spoken about pic.twitter.com/OdAXshdrug

NME replied to Stormz saying that because they’re a free publication they weren’t doing it to “shift copies”, however as Stormzy points out in his reply – free doesn’t mean non-profit, as NME will make money from advertisers.

DEAD. You’re NOT a non-profit organisation. The more copies you dish out the more you charge for advertising. You will make money from this. https://t.co/aPMtU4gy5M

It’s a shifty move from the publication and not the first time their actions have offended the scene. 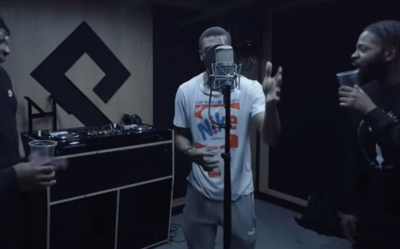