Here’s What Went Down At Stormzy’s #MERKY Christmas 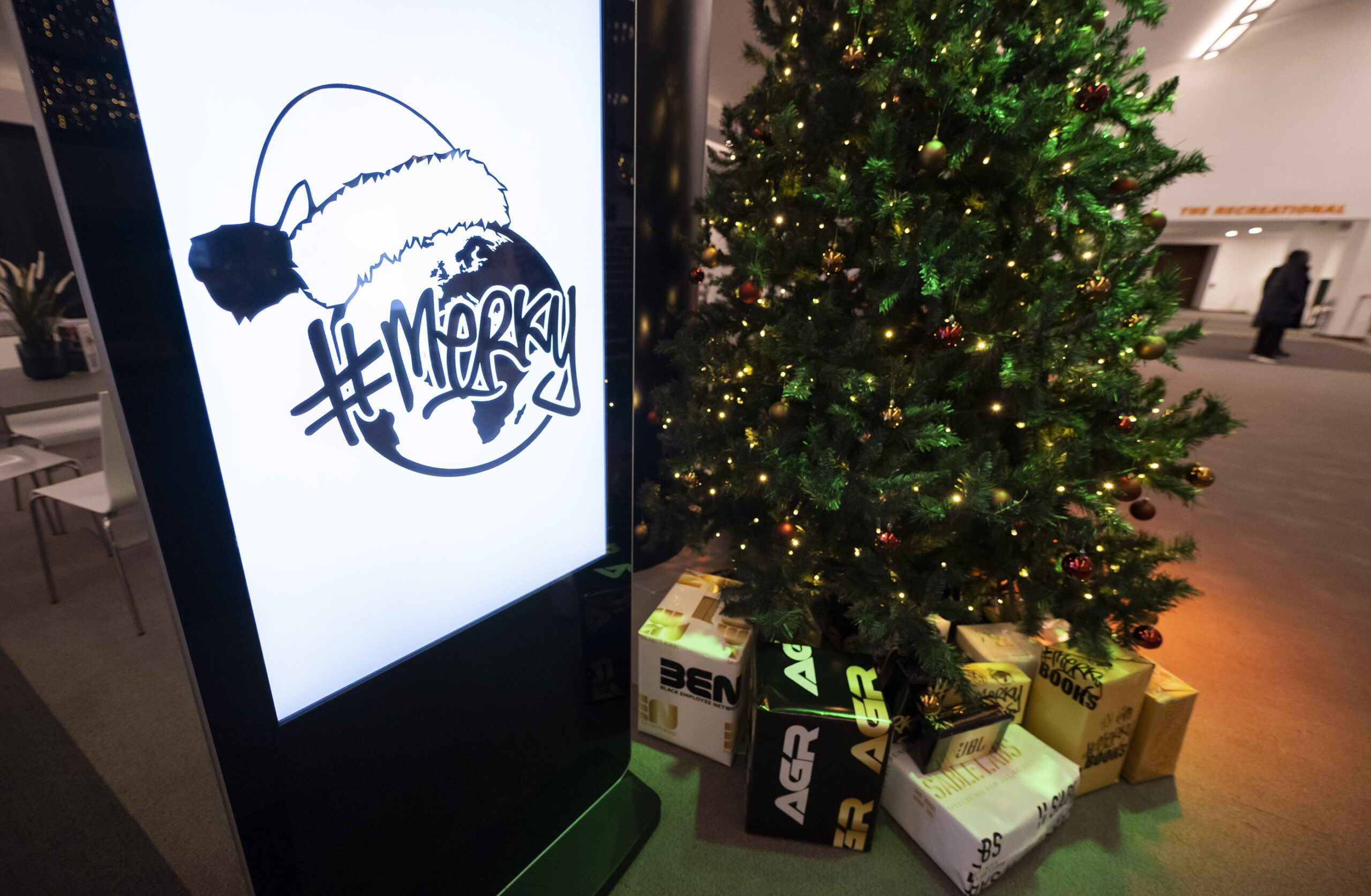 The festive cheer came to Croydon residents a little earlier this year, thanks to Stormzy’s ‘A Very #MERKY Christmas.’ The celebrations hosted by his charity #Merky Foundation, returned to the borough’s Fairfield Halls for a second year running.

This year the event took place over two days with the first being a dedicated Gospel night featuring performances from acts like Guvna B, Becca Folks and New Ye. Premier Gospel Radio’s Cassandra Maria and Muyiwa Olarewaju were on hosting proceedings with Stormzy himself making surprise performances of “Holy Spirit” and “Blinded By Your Grace, Pt 2.”

GRM were in attendance for day 2, which was full of fun and enjoyment for all. Before the show kicked off, there was a host of activities for the kids to get involved in such as colouring in, face painting and Santa’s Grotto. There were gifts galore, unlimited hot chocolate and even a pop up McD’s to keep the energy levels going for the children and their families.

The BRIT School choir kicked off the main show proceedings with a cheery performance of “Rocking Around The Christmas Tree.” Judi Love, who served as the host of the night then welcomed Stormzy on stage who thanked the audience for attending and wished us all a “day filled with joy and memories.”

A popular segment of was the raffle hosted by Jordz Comedy. A Burberry Winter Jacket, Glossier Makeup and Arsenal Match tickets were just some of the few prizes up for grabs for the audience members. The raffle returned a few times throughout the night, and Jordz was the perfect person for the job keeping the crowd entertained throughout.

The talented Shan Ako then took to the stage to perform. The songstress gave heartfelt performances of “Mary, Did You Know” as well as her track “Lean On” and set the pace nicely for the evening ahead.

Next up was a special #Merky Xmas Quiz, hosted by none other comedian Eddie Kadi. The quiz saw team captains Stormzy, Zeze Millz and Michael Dapaah join up with an audience member each to go head to head on topics such as sport, music and movies. The quiz was competitive in good nature, and had the crowd furiously shouting out answers in support of the different teams. Stormzy and his teammate ended up winning the quiz, of course to a rapturous applause from the crowd (especially the kids in the front row who sweetly swarmed the star with hugs and high fives!)

A highlight of the event was the #Merky Talent Show. Last year’s winner LMR returned with an energetic performance of his track “Boodom Badow.” The young rapper also spoke about what he’d been up to since, revealing his received a few spins on BBC 1xtra.

This year’s talent contestants all brought something different to the table. We had a 17 year old rapper from Croydon, a girl group and a comedian. In the end, it was Ocean Reed’s cutesy jokes that won the crowd over and crowned them the winner. None of the contestants went home empty handed, so they all won in one way or another.

Audience members got a blast from the past as popular gameshow Catchphrase returned for one night, and one night only. Captains were Stormzy, Ray BLK and Alex Boateng (0207 Def Jam Co-President) who were again playing with an audience member each. The aim the game was to guess the phrase by the accompanied animation and background music. Audience participation was paramount in this segment, and Stormzy reigned supreme once again.

A surprise appearance came from the end of the night from duo A1 x J1. The popular pairing had the audience on their feet with live renditions of “Come For You” “Latest Trends” and “Night Away.”

To conclude the evening, Stormzy came back on stage to thank the audience before leading a little prayer. Once the proceeding in the hall finished, Stormzy hosted a meet and greet downstairs at the venue where he embraced, chatted, and took selfies with many of his young supporters that had come out.

The #MERKY Christmas event was an outstanding success for the second year in show.. In such challenging times, it’s so nice and inspiring to see Stormzy and his foundation hold such. beautiful, and wholesome event for families to enjoy. A definite theme of this whole event was giving and the importance of sharing with others. From the gifts to the food and drink, to the entertainment and raffle prizes – it seems no expense was spared. But the biggest gift of this all – was the joy which this bash brought to every single attendee. Although dubbed as a magical time of the year, Christmas can be difficult for many and this event radiated nothing but love and positivity – which is all we need at the time of the year.