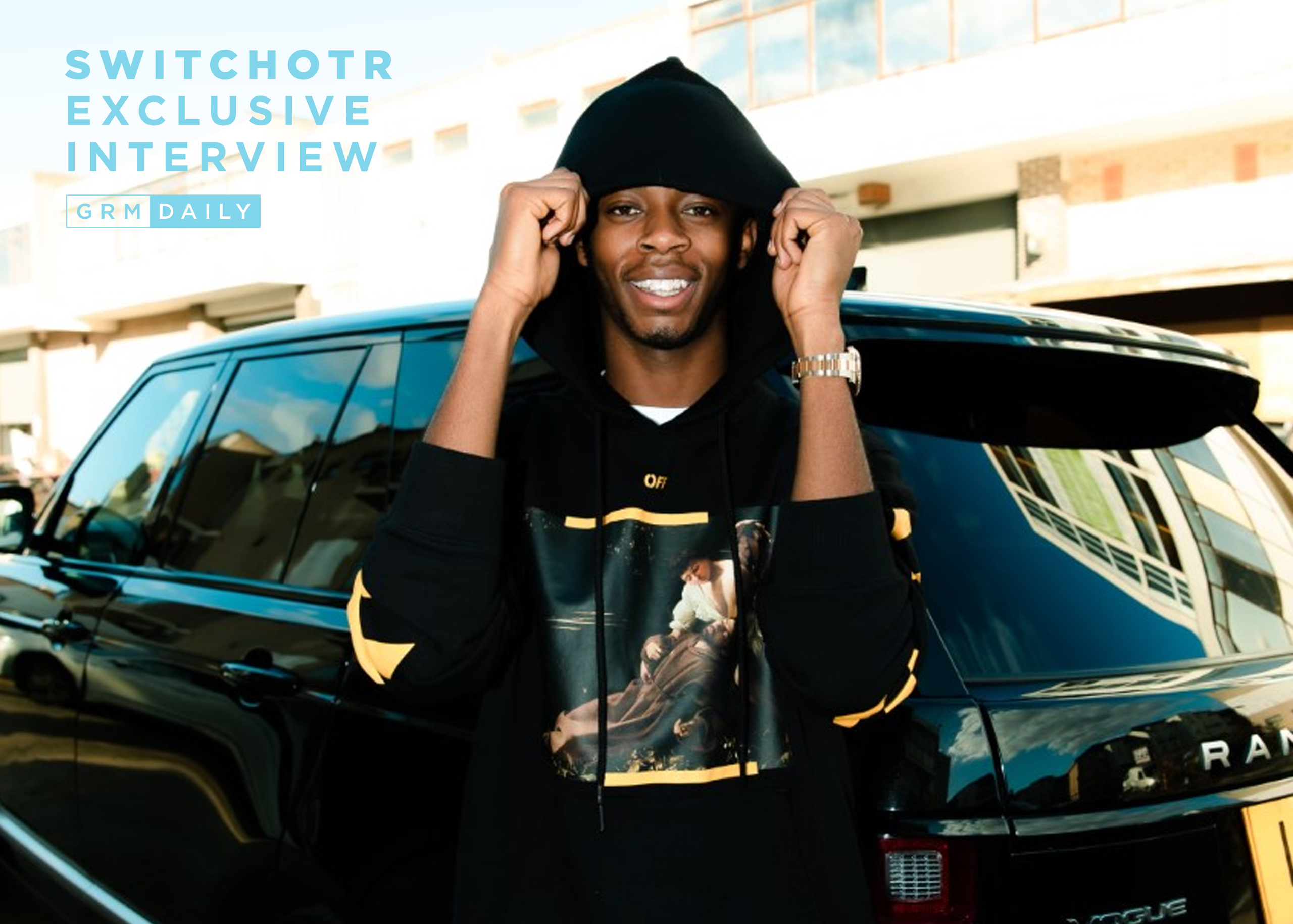 At just 20 years old, Switch OTR is an emblem of the modern-day UK music star. Propelled by social media, this Croydon-born rapper has racked up hundreds of millions of streams across different platforms; he has cultivated a versatile discography adorned with collaborations alongside some of the UK’s most notable talent, including A1xJ1, Russ Millions and Bandokay; and he has also been nominated for our prestigious GRM Daily Rated Awards 2022, for ‘Breakthrough Act’ and ‘Track of the Year’. Switch has carved his place in amongst the new generation of artists who blend rap and drill with melodic sounds that reach even wider audiences, thus changing the face of mainstream UK music. His rise to fame may have been a whirlwind, but Switch OTR is slowly proving himself to be one-to-watch in the ever-evolving landscape of the industry.

As his artistry grows, Switch is becoming known for his consistent ability to unite the softness of heartfelt vocals with the unapologetic energy of a drill cut. To Switch, his music is an example of “UK melodic rap.” Expanding on this, he says “I don’t want to be one-dimensional in my sound… I like to hear a bit of everything. Sometimes I’m in the mood to have something mellow in my ears. Other days, I want to hear hardcore rap and well-executed bars”. And the versatility of his artistry allows him to reach that sweet-spot between different genres. “That’s what people remember me for. Once I started working on melodies and trying to find catchy hooks, that became the main body of my work.” He builds on this in his brand-new hit, “Gone”, where he takes the well-known John Newman classic, “Love Me Again”, and transforms it into his own. “It’s all about what gives a nostalgic feeling and what sonically sounds good.” In the track, Switch speaks out against those who said his success won’t last more than a year. “I had to let my feelings out in the song… as an artist, it’s my job to observe [this negativity] and take it on-board to make my music ten times better.”

So where did it all begin? “When I was younger, music was always around me… I listened to music anywhere possible. Spotify and Apple Music weren’t really as much of a thing, so I was listening to the radio all the time: in the car, when I was playing PlayStation, I couldn’t do anything without music… KissFM and Capital Xtra were the main ones for me.” And now he can hear his own tracks when he tunes into these platforms. “That’s the thing, it’s so surprising… I never thought I could be an artist one day.” He first started experimenting in college: “I was around individuals who were invested in music. Sometimes during breaks between classes, they would have a speaker and play instrumentals… and we’d all drop two lines each. I just fell in love with the process… I was constantly in my room practising until I realised I could make a song of my own. And since then I’ve just tried to be consistent. I’ve been evolving and really taking time with my craft.”

Switch had only been making music for a couple of years before his success intensified in a way that he could never have imagined. His blossoming career blew up at the speed of light following the immense success of his song, “Coming For You”, which went viral on TikTok and quickly became a chart-storming hit. Since then, Switch has had to keep momentum in order to prove himself as a key player in the game, and he has certainly risen to the challenge.  “It took a while for me to tune into the fact that I was a real artist in the industry. It was a transition.” One of the most difficult things was “figuring out who’s genuine. In a field like this, people know how to talk… Being able to really trust is one of the hardest things. But it’s all about learning from your past experiences.” However, when asked what he would change about his journey, Switch shares, “do you know what? I wouldn’t change anything. I think everything happens for a reason… it’s all contributed to where I am now.”

As someone who has benefitted from the skyrocketing influence of social media on his career progression, Switch can see both sides of the coin: “social media is a good thing to an extent – it can maximise the reach of a song, it can take your music to people who you wouldn’t expect to listen to you or promote you. But at the same time, it can lead to unrealistic expectations of future releases. It can make you too dependent on stats and streaming numbers.” But when it comes to doing numbers, Switch certainly isn’t struggling. The young star has become knowledgeable in the trappings of a successful song and how to create and curate music in a way that will keep fans coming back for more. When asked what’s important in his music, he says, “replay value; making music is one thing but having people replaying it, enjoying it and relating to it? That is a huge thing for me.”

But what other ingredients are in his recipe for success? Switch breaks it down simply: “being a genuine character. Staying away from bad energy. Being in rooms with other individuals who are serious about their craft. Having supportive people around – whether that’s family members or friends. And my fans. Those things have helped me elevate.” And the star also has some pearls of wisdom for those who are struggling to chase their dreams in the industry: “follow your heart, follow what you believe makes sense. It’s your career, it’s your vision, no one can write your story for you. But it’s also about who’s around you, and who is going to really help you amplify your dream. You can do it individually, but every mission needs a team.”

And although the artist is keen on perfecting his sound, he is also open to evolving. “My music will definitely change. As my audience grows up, my music has to mature as well… Being able to adapt is the main thing, and that’s what I’m focused on doing right now.” And Switch is versatile in more ways than one: when asked if there’s anything else he wants to explore outside of music, Switch said “fashion” without skipping a beat. “I like modelling, I like putting outfits together and I like the idea of people referencing me when they style themselves. I also like gaming, so being able to tap into that audience would be cool.”

So what are the highlights of Switch OTR’s career so far? “Being nominated for two GRM Rated Awards is crazy; hitting 100 million streams on “Coming For You”; performing at Lil Tjay’s headline show in Birmingham; having so many public figures using my sound as content.” And the list will keep on growing. This young artist is boldly ambitious and has a hunger for greatness. He has crystal-clear vision for the future of his career: “I want to be on a global stage… I want to collaborate with people from overseas. I want to be that artist on billboards in different countries”. And with such striking success after just a few years in the industry, there is no limit to what he might do.