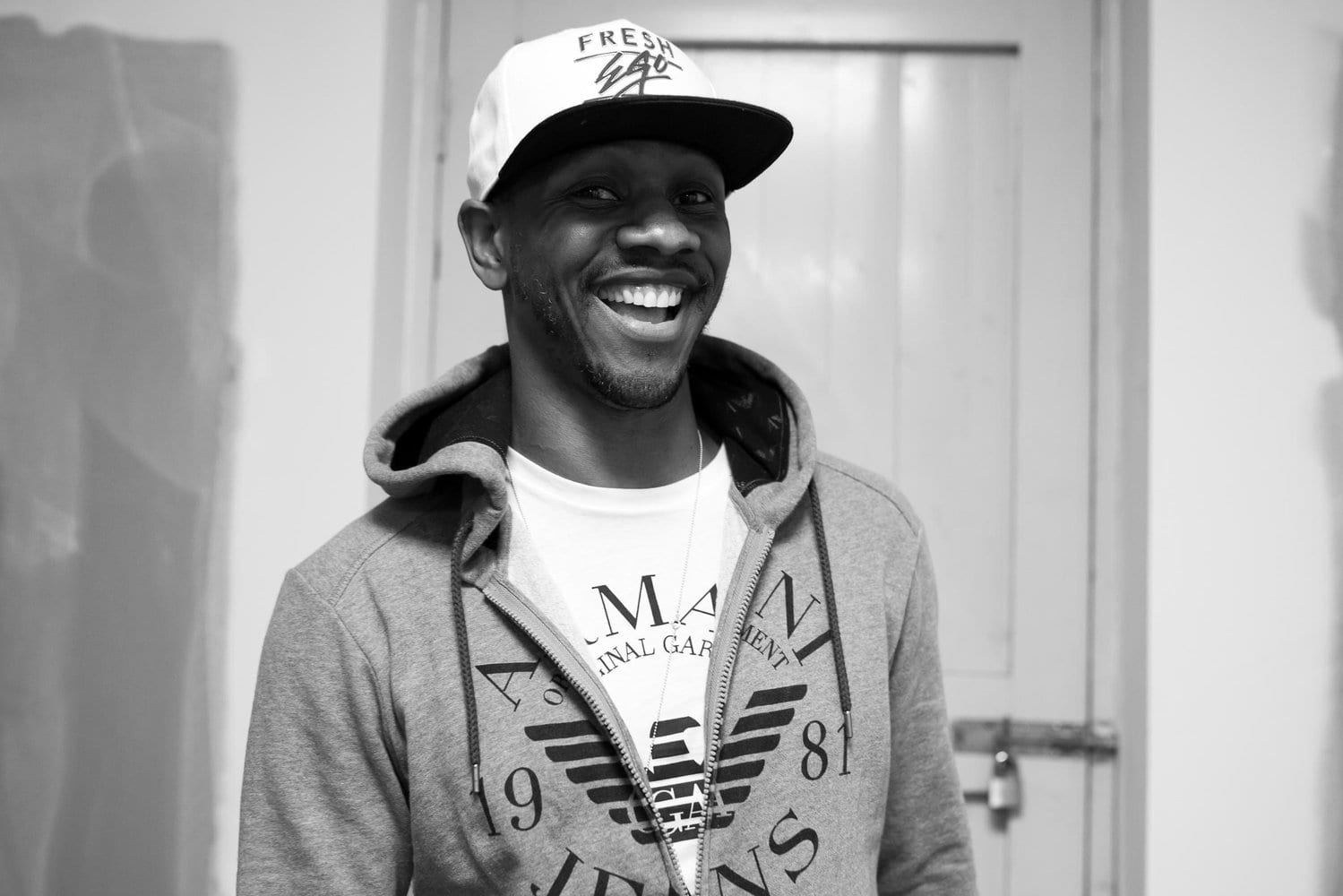 10 years ago Giggs dropped his monumental debut album Walk in Da Park, we take a look back to acknowledge the massive impact that this album had not only on the grime and UK rap scene, but British music and British music culture as a whole.

To understand its significance we need to take it back to 2008. Having experienced a shift in sound in the UK from the mainstream dominance of garage in the early noughties to the underground grunge of grime, the UK rap scene had been completely taken over by grime instrumentals with the signature sounds of dark synths and 140bpm breakbeats. With the likes of Roll Deep, Dizzee, Kano, Ruff Sqwad, Ghetts (to name a few) leading the movement in East London, the UK (in particular London) was enjoying a flourish of new talent and a new sound, witnessing the steady growth of the grime scene. So when Giggs came through with Walk in Da Park it was a distinctive moment because not only did he innovate the scene bringing a whole new energy, sound and flow but he also brought a whole new postcode to the forefront of UK rap.

By 2008, with East and North London assuming reign over the scene, Giggs’ debut was essential for the geographical expansion of British rap and grime. Whilst it may not seem like a major factor now which area you’re from, as we’ve become so familiar with seeing MCs and grime artists of all parts of the capital and the country experience mass success, there was a time when the scene was very concentrated to only specific parts of London. In a decade not yet fully dictated by social media, where we were only just starting to see the full potential of Youtube with platforms like SBTV in the latter half of the decade, it wasn’t as easy nor half as quick to get your music heard throughout different parts of the city or country. Along with little to no interest from label powerhouses and no mainstream promotion, grime remained hyperlocal. Even when pirate radio stations such as Rinse FM widened grime’s potential of being heard, it was likely you still had to be local to even pick up the frequency in the first place.

For this reason, grime and UK rap was mainly contained to East (and later North) London. It was a music scene very particular to East London in the early stages; the considered birthplace of grime, where the sound was considered most authentic and where the majority of its artists came from, meant that other rappers outside the area had a harder time of being heard and taken seriously. Although artists like So Solid had such groundbreaking success and definitely put South London on the map years before we knew grime to be a thing, their sound was much more associated with the tail end of the garage era. By 2008 we hadn’t yet seen an artist from south of the river break in and make their mark quite like how those from East and North had.

This is why Walk in Da Park was such an important album at the time because it was the first time a rapper from South had completely taken the scene by storm, gained a genuine admiration and respect from his fellow MC, peers and also managed to achieve such huge success both with more mainstream UK audiences and overseas in the States. With this album, Giggs was nominated for and won a BET Award for Best Hip-Hop Act: UK, entered the national UK charts and established himself as a key figure in the game leading to a record deal with XL Recordings the following year. Truly putting South London rap on the map, Walk in Da Park opened up the geographical scope of British rap and grime and made it much easier for MCs of all areas of the capital to achieve widespread success.Walk in Da Park set pace for so many artists to come out of South London. All we need to do is look at the success of powerhouses like Stormzy, Krept & Konan, Sneakbo, Section Boyz, all grime and rap artists from South London who have gone on to achieve incredible things. You could argue with no Giggs and Walk in Da Park there’s no Stormzy and Gang, Signs & Prayer. Walk in Da Park opened the door for South London, giving it its identity and place in the grime and UK rap scene.

As well as this, Giggs and Walk in Da Park also worked to distinguish a whole new sound for British rap. Walk in Da Park, using the influence of grime as its foundation, explores so many other genres and musical concepts throughout the project. Tracks like “Pitchin All Da Time” is familiar to the UK grime sound we were used to hearing rappers from London spitting over. However, songs such as title track “Walk in Da Park”, “More Maniacs” and “Swagger” carry the album’s main sound which is much more aligned to lo-fi American hip hop than UK grime with the simple, slower drum beats. Whereas “Make It Look Good” and “Bring a Message Back” are more soul and R&B infused. The album even ventures into the realms of rock; intro track “Intro (B.B.T.)” for example contains a rock instrumental with real instrument samples of electric guitars and strings, the same sound of which can be heard in “Saw”, where a sample from the horror film’s soundtrack is used as the basis of the beat. Additionally, Giggs’ flow more than anything was the most distinctive thing that set this album apart in terms of sound.

As opposed to the fast-paced, erratically energetic flow of the grime MCs before him, who for a lot of them took their influence from the Garage and Jungle MCs before them, Giggs adopted a much slower and more laid back rapping style paired with his deep baritone voice to create a completely new style of flow.

Walk in Da Park helped to diversify the sound of UK rap and slowed down its whole tempo, showing you could do more than just spit fast on 140 bpm and grime instrumentals. We saw a first glimpse of this diversification of the sound briefly in Kano’s debut album Home Sweet Home in 2005 which although was primarily grime, also divulged into breakbeat and 90s style boom bap hip hop too. However, Walk in Da Park did this on a larger scale with more of the album steering away from grime than it does towards it. Now, with Walk in Da Park, the underground UK rap scene was more than just grime, it was UK hip hop, UK soul, UK R&B. Still remaining true and authentic to the streets, this album presented a hybrid product of all the sounds and influences being fed into British urban culture and its music scene, and showed the full potential of British rap outside of just grime.

Along with Walk in da Park making massive steps for South London and the sound of UK rap as a whole, the album also played a massive part in bridging the gap between the underground and the mainstream music industry.

By this time in 2008, very few underground artists had managed to break the mainstream world. The isolation from the music industry and negative stigma fabricated by the press about UK rap music being too much of a threat, a similar trend we’re still seeing today, resulted in a kind of industry barrier between ‘us’ and ‘them’, the underground and the mainstream, the streets and the charts, the black and the white. It’s imperative to remember that artists like So Solid and Dizzee Rascal laid the foundation for many black British artists that came after them like Giggs. The Boy in da Corner album for example was the first body of work from an underground artist to successfully kick down the doors of the industry in 2003.

However in the 5 years that came after, before Giggs dropped Walk in Da Park, there wasn’t really a project or album that had made the same kind of impact. There were of course many albums and mixtapes that were making waves within the underground scene to which they belonged to, but nothing was quite reaching the same mainstream acknowledgement or success like Boy in da Corner did. Walk in Da Park seemed to fill this gap. Despite being released independently through his own productions SN1 Records, the album debuted in the UK R&B Chart at number 13 and at number 9 on the UK Independent Chart, achieving thousand of sales and selling out in music stores (back when everyone still went to HMV to actually buy CDs). The fact that the album entered a variety of chart categories including R&B, grabbed the attention of audiences overseas and landed Giggs a recording deal with a major record label, this was a massive step forward for the scene and closed the gap between ‘urban’ and mainstream, proving grime and rap artists were just as capable of achieving mainstream success and accreditation than an artist of any other genre.

Giggs has come such a long way since Walk in Da Park, selling out venues worldwide, collaborating with some of the world’s biggest artists, shutting down any festival he touches and creating an energy when he performs like nobody else can do. Giggs has truly left an imprint in British music, and there is no doubt that the legacy Walk in Da Park left behind will continue to shape and influence the next generation of UK rap and grime.