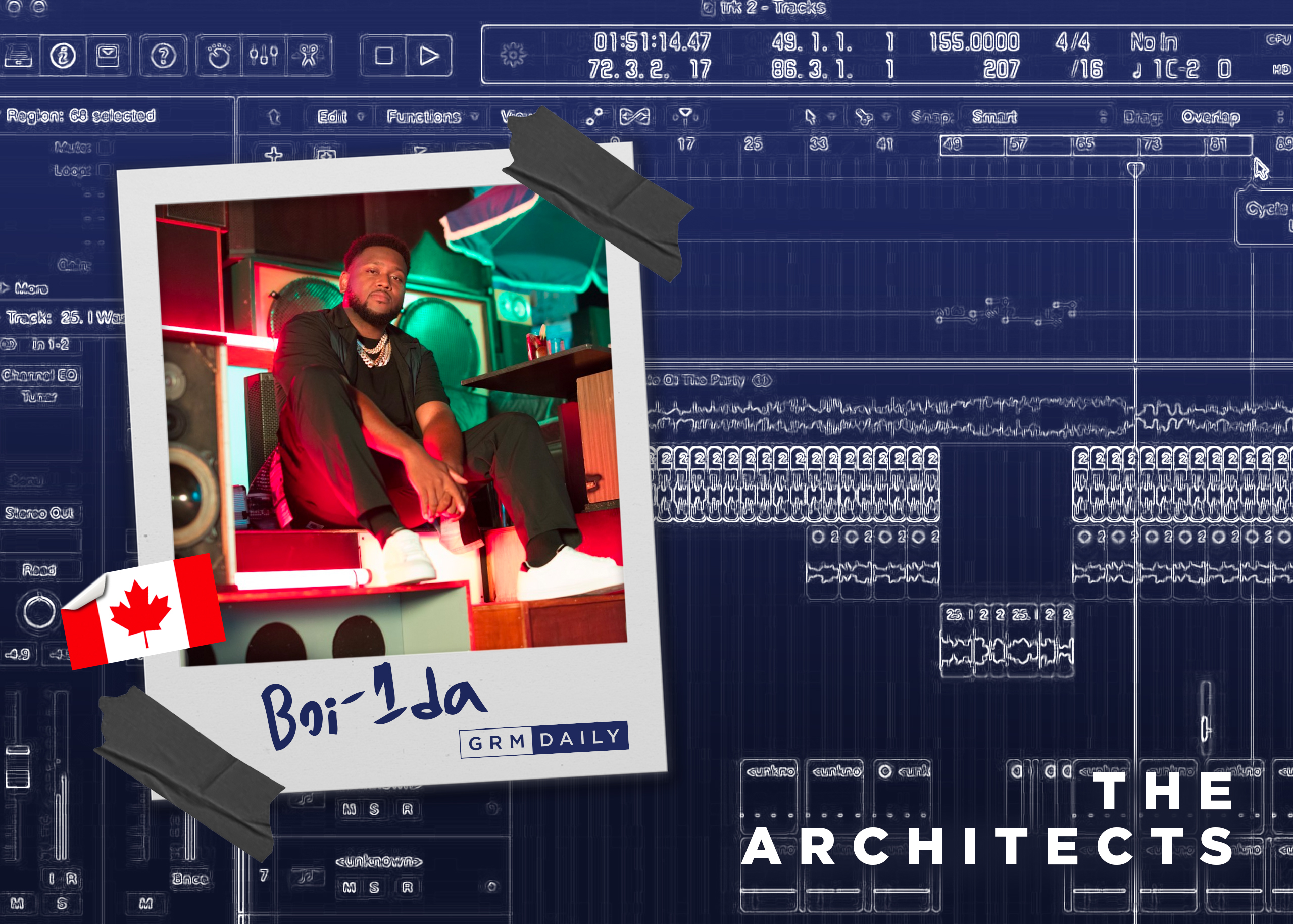 Being a ‘good producer’ isn’t actually about the depth of your technical ability as a musician. You don’t have to be able to play an instrument to be a good producer. You don’t even need to be able to read or write notation. They’re nice tools to have, for sure, but they aren’t prerequisites for becoming a great producer. Matthew Jehu Samuels, better known to the rest of the world as Boi-1da, tells me what it’s really about: taste.

Boi-1da traded sunny Jamaica for freezing cold Toronto when he was three years old, but the islands influence has only grown stronger since his departure. Informed largely by the sounds of the tropics, he describes dancehall as his “first love in music” and tells me that it’s where he learnt his self-professed “unorthodox” approach to production.

He entered the hip-hop space as a fan of DMX and really began honing in on his production skills after a three year reign as the champion of a local beat-making competition.

By the fourth year, he was redirecting his energy towards something much more meaningful. It was around this time he was connecting with a young Drake to work on his early mixtapes and breakthrough records. The pair of them would form a partnership responsible for some of the 21st Century’s biggest records.

Whilst we sit on edge, waiting for Certified Lover Boy – the next Drake album looming over us – Boi-1da is working with Bacardi. Off the back of his Conga project with Meek Mill and Leslie Grace , we caught up with Boi-1da to talk all things music.

What song was the most challenging for you to produce?

“You know, I never really feel challenged when I’m making music. Making music is an escape and it’s fun for me. So, if something becomes really challenging, I’d probably walk away from it. But nothing really challenges me like that, we just have fun with it and go with the flow.”

What is your favourite ‘Boi1da’ track?

“Man, that’s a hard question. That’s like asking somebody which of their children is their favourite. But I really couldn’t tell you the number one; I’ve been making music non-stop for 13 years, I’ve got so many. My top three would probably be: “God’s Plan” by Drake, “Work” by Rihanna & Drake and then maybe “Blacker the Berry” by Kendrick Lamar. “

What is the track you’re the proudest of making?

“I would say perhaps one of my proudest moments was “5AM in Toronto”, that’s really one of my favourites. Just because of the reaction I got online, when it dropped it was like the world stopped to listen to that song. A lot of people freestyle on that beat. Maybe “Pound Cake” too, because people really loved that beat. “

Where are your musical influences from? Who were the producers/ rappers that inspired you?

“I was very inspired by Dr Dre whilst I was growing up, he’s literally my favourite producer. Dr Dre, Pharrell, Timbaland; those are like my top three influences. I loved Dre for the way dominated different eras in the game. I loved Pharrell because of his fearless creativity. Even from the way he dressed, everything was different about Pharrell. And you know, I loved Timbaland for his creativity, supremely. He would just make music out of anything, like he’d even use cricket sounds. Crazy. “

From what I understand, Toronto is just like London. You could draw so many cultural parallels from our diction, style, community diversity… What was growing up there like for you, in a notoriously rough part of town as well?

“I was born in Jamaica and I moved to Toronto when I was 4 years old. You know, living in Toronto had its ups and downs but it was alright. One thing I really love about Toronto is  the diversity. It’s not a segregated place, you know. Black people, white people, Asian people, everyone hangs out with each other. I listened to Latin music, I listened to Indian music, I listened to everything, but everyone treated everybody else’s cultures with respect. Everybody immerses themselves in the next person’s culture. That’s what I loved about Toronto. “

Being from Jamaica originally and growing up in Toronto, talk to me about the influence of clash culture/dancehall on Toronto culture and your production.

“You know, my first love in music was dancehall. I was listening to dancehall and reggae music from before I was even listening to hip-hop. I didn’t actually start listening to hip-hop until quite late, like when DMX came out. DMX was probably the first rapper I really locked with. You know, there’s a lot of dancehall influences in my music. From the cadences, to tempos and even just my general approach; I approach music from an unorthodox standpoint. Dancehall is really unorthodox too, so I think I learnt that from there. “

How far beyond ‘just making a beat’ does your role in the studio go?

“My role goes way further that just making a beat a lot of the time. Sometimes I’d just sitting there listening to song and I’d suggest certain things, certain structures of the song and even lyrical changes here and there. Just moulding and directing the song in general. It’s got a lot to do with arrangement and making the song sound exactly how you envisioned it. “

How much of being a producer is technical skill versus chemistry with an artist/ emotions?

“To be a good producer you don’t need to have amazing technical skills. To be honest with you, I don’t know any technical aspects of music at all. I couldn’t tell what note is being played, I don’t know a C flat from a B flat. Music, I think, is all about taste. If you have great taste in music, you understand how to create it. I think I have great taste, especially in production and songs in general. So, it all just worked out for me. I don’t really know the technical side of anything.”

How did you get to meeting with Drake and what was it like working with him as a beginner, when he was still shaping his persona and sound? What’s it like now?

“Meeting and working with Drake has been a total blessing man. I was fortunate enough to know him as a kid basically, I think we met when I was 17. He was always exceptionally good at everything. There’s always that guy that’s just great at everything. Sometimes I would wonder if they made him in a lab. It’s easy working with him, he just knows what to do. He’s one of the most consistent and he’s one of the greatest of all time.”

Over time, it has begun to feel like the producer/ the beat of a track, is more important to a song than the lyrics. What do you think?

“I think the producers are becoming more important. They’re a lot more visual nowadays. You see their faces in music videos, they’re making projects now; they’re doing a of different things to step up and be out there. And you know what, people are taking notice of it.

A lot of the time, you’re listening to a record and you’re like ‘this is a really good beat’. And you become interested about who produced it, a lot of people are becoming interested in that. It’s a new day and its lovely man, all the producers are getting their shine and it’s well deserved. We come from a place where used to be all about being in the background so I’m glad everyone’s doing their thing now. “

What usually comes first? The beat or the idea?

“It varies. Most of the time the beat comes first, but sometimes the artist will come to me with a song that’s not really finished and he wants a new beat or lyrics for it, it just depends.”

I feel like there’s a song in your discography that you probably weren’t so crazy about at first. Which one was it?

“Cool, there’s a song in my discography that went crazy but I wouldn’t say I didn’t care about It; I thought it was an amazing song I just didn’t think it would get so big. That happened a few times. Like I knew “God’s Plan” was a great song, I just never knew it was gonna be a monster like that. And also, when I was making the beat for “Not Afraid” by Eminem. I just didn’t think that that was a hit beat. Eminem really turned that one into a hit.”

How did you come to be involved in the Conga project with Meek Mill n Leslie Grace?

The Conga project started directly with Bacardi, hitting us all up and getting us altogether. The idea was theirs; to recreate the iconic song “Conga” but put our own twist to it, you know? So, we started off with a beat, Leslie and I in the studio and we just had to leave the hook because you can’t take that out. If you’re gonna call it “Conga” you can’t take that out. Then she ended up writing the rest of it, finishing it all up then we sent over to Meek and he knocked it out the park, you know?”

In case you missed our last instalment of The Architects check out our in-depth conversation with Carns Hill right here. 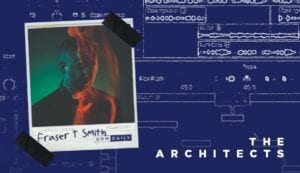 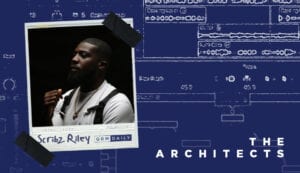 GRM Exclusive: We chat winning a Grammy, being influenced by grime & new EP with Scribz Riley 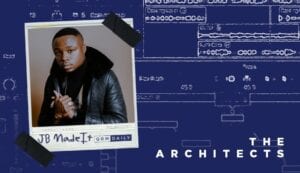 We chop it up with super producer JbmadeIt...