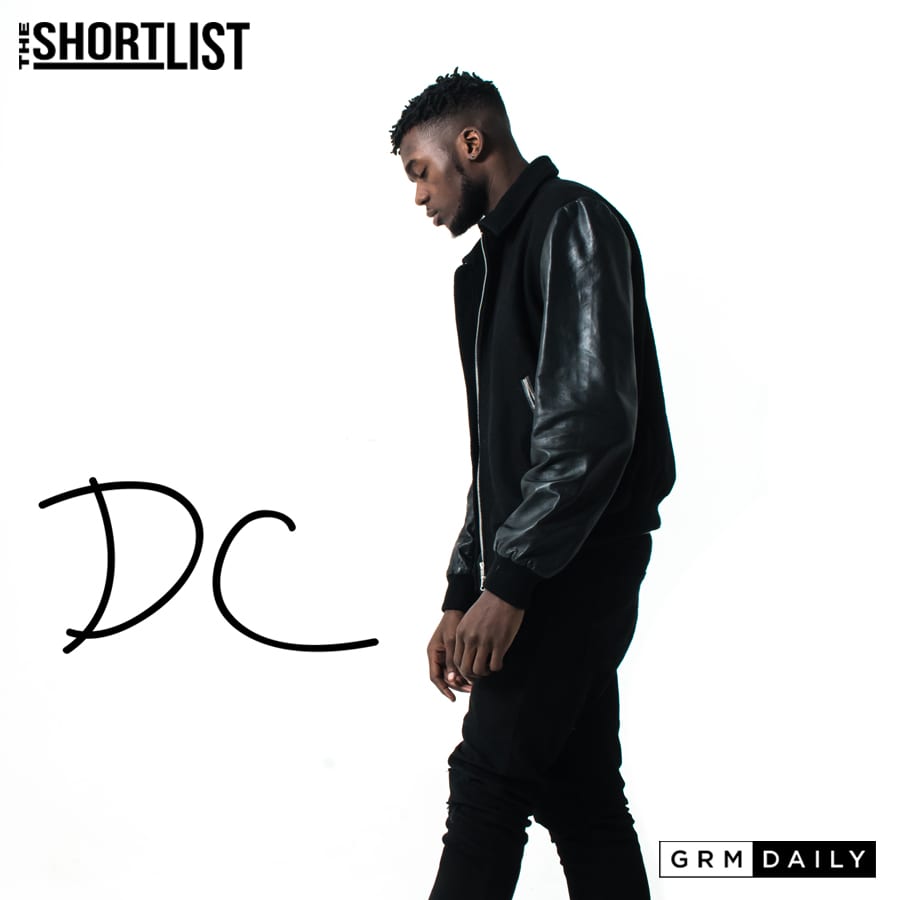 Featuring the hottest MC’s, rappers and artists that you’re going to be hearing a hell of a lot of over the next 12 months and beyond. From rap to grime, R&B to drill, there’s a flavour for everybody on our new album.

Handpicked by us at GRM Daily to create some original music, we’ve brought together the UK undergrounds freshest talent into one place, just for you.

This is the future of our scene and we’re over the moon to be able to provide this platform for them.

The album is out now across all streaming platforms: iTunes, Apple Music, Spotify. While you get familiar with the music, we thought it’s only right we start introducing the key players from the project.

Kicking things off, we’d like to introduce you to DC.

What ends are you repping?

How much does Greenwich effect the content of your music?

“Me being from Greenwich is probably what has influenced me the most. From the way I speak, my mannerisms, the way I interact with people and most importantly what I speak about in my music. Fake people get exposed very quickly around here, so I guess that’s why it made sense for me to rap about things I’ve experienced or seen while living here.”

When people listen to a DC tune, what do you want them to take away from it?

“I’d like them to know that there’s nothing wrong with just being yourself.”

Who are your biggest inspirations – inside and outside of music – and why?

“My mum for sure. I won’t go into too much detail, but she’s a grafter. I’ve seen her go from nothing to accomplishing so much. One of my inspirations inside music would be Jme, he’s just unapologetically himself 24/7.”

Who are your top five MC’s and why?

“My Top 5 MC’s are J Cole, Chip, Ma$e, Giggs and probably Drake you know.  J Cole because I’ve been watching his journey from the very beginning! I think I know every word to every song. Chip because he was the first UK artist I took to. To be honest, I think Chip was the first artist who’s music I knew all the words to. I remember knowing every word of the Westwood freestyle in secondary school. Ma$e because his flow is unmatched, he  makes it look too easy. Giggs because he’s just Giggs bruv (laughs).  Lastly Drake, because I think his rapping ability is so underrated, but I feel when he really want’s to rap, there aren’t many that can go toe to toe with him.”

You flirt between grime and rap – which do you prefer writing to and why?

“I like both as equally to be honest. I think rap is definitely easier and more fun for me. There’s more flows to be played with and I can be a lot more lyrical. But I just love the energy grime gives me, even though I’m so laid back.”

Tell me about the making of your song for The Shortlist, “Clout”? How did the song come about? Who produced it?

“‘Clout’ came about randomly. I just told Nastylgia that I felt like making a rap song, sent him a voice note of the bars I wrote and he sent me back a beat around my audio and we just went from there!”

What are your goals for the next five years? Where do you see yourself heading?

“My goals are just really to expand everything I have going on now and increase my fan base. Also just to simply keep improving. I’m not really thinking too far ahead of that at the moment. I can see myself carving my own lane if I’m honest, If I continue working hard.”

What have you got planned for the near future?

“I’ve got an EP coming very, very soon. I’ve been a bit quiet recently but I’ve been working! All in due time.”

What can you tell me about the EP…?

“From my new EP you’ll be able to see how much I’ve really grown in such a short space of time, and also how I’m starting to really gage what my sound is.”