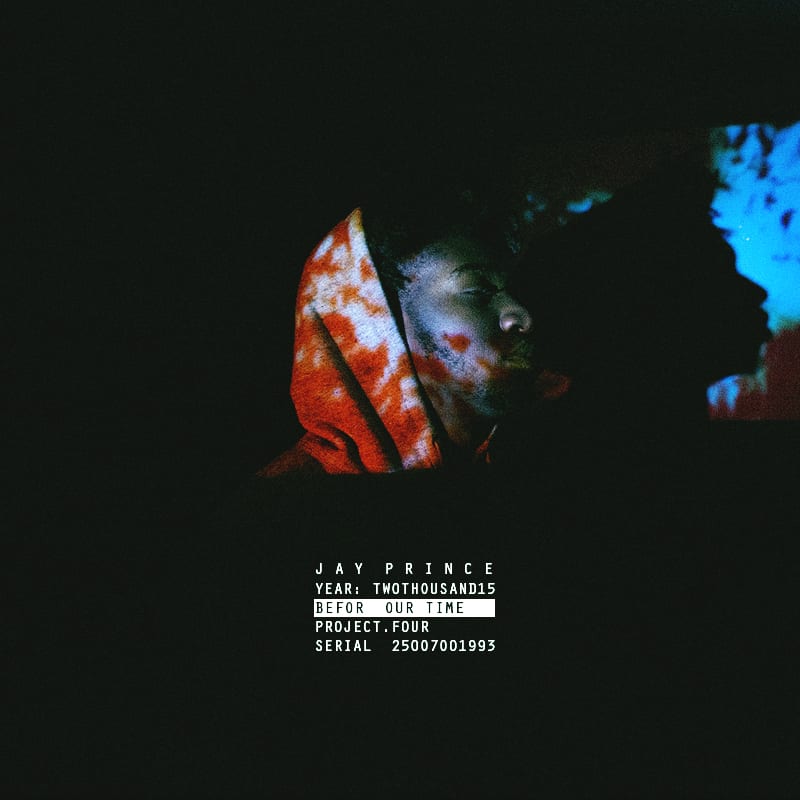 Despite being relatively fresh on the scene, East London’s Jay Prince has caught the ears of Hip Hop fans across the globe with his nostalgic vibes and new generation sound.

Yesterday Prince premiered his highly anticipated EP ‘BeFor Our Time’; featuring lead releases “Polaroids”, “All You” and the IAMNOBODI assisted “Feel It”. If you pay any attention to the emerging scene you will have heard his name bouncing around for a while now, and we guarantee this 9 track free release is something you won’t regret listening too.

“There are two definitions to this EP, the first meaning of this being people literally being ‘for our time’, and by our time I mean the era of musicians like myself from London, people tend crave and look to the states for answers and are quick to criticize the music from our own home. Some may disagree – but I speak from experience. This EP is the project that demonstrates that there is hope where we’re from and where I’ve come from. We all have a
story to tell, and that’s what this project is about, Truth, Love, Passion.”

“The second meaning of this project is its nostalgic presence, this being a story telling project, it is filled with reflecting on situations and life experiences. The whole theme sonically is driven by reminiscence; I wanted to bring the same feeling or something even close to the feeling you felt when Hip Hop was at its peak of greatness (The Golden Era) and what is said actually means something. Being born in the 90’s (1993) this project is about being able to give people that same feeling when music and Hip Hop was just appreciated and respected at such a high, and bringing that same feeling to my home city and the world.” ­- Jay Prince