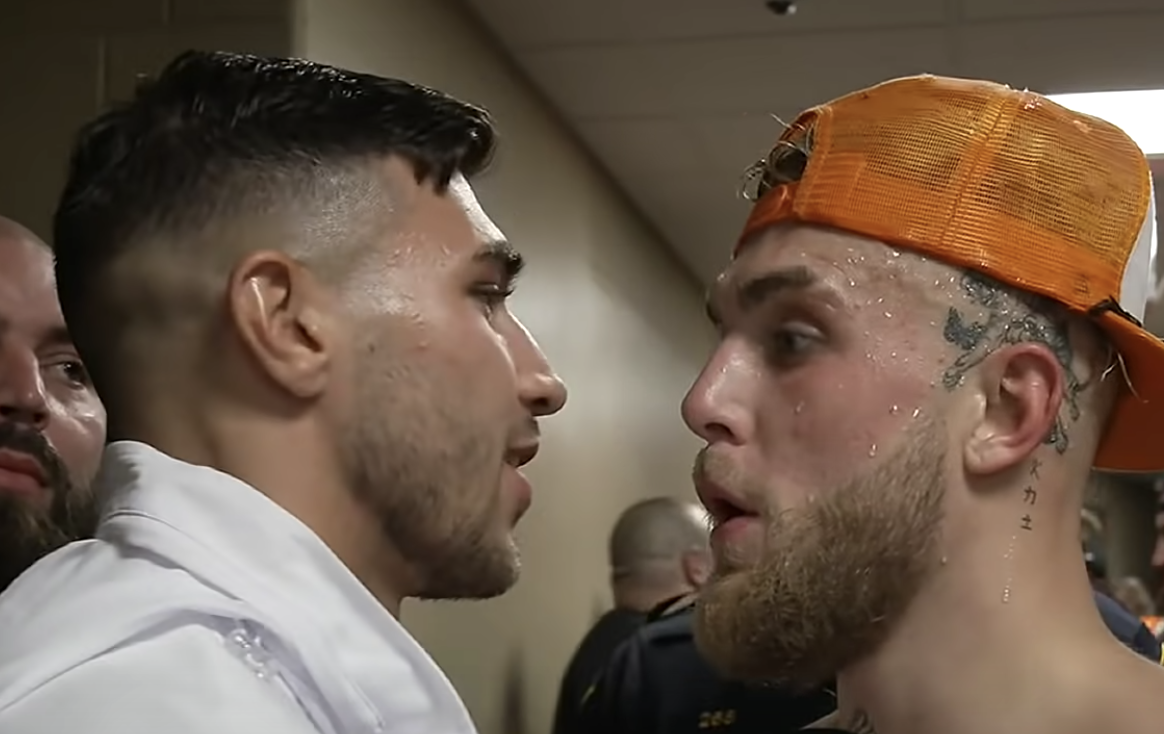 The highly-anticipated bout between boxer and former Love Islander Tommy Fury and YouTuber Jake Paul is scheduled to take place in the States a week before Christmas!

Last week boxing promoter Frank Warren said a deal for the fight was “close” but according to The Sun, agreements have now been made.

The fight comes after months of back-and-forth between Tommy Fury and Jake Paul who have been going at each other online since March.

Since going professional in 2020, Jake Paul has an unbeaten record after four fights while Tommy Fury holds a 7-0 record since debuting in 2018.

Back in August, Tommy and Jake appeared on the same card in Cleveland, Ohio where they both secured wins against Anthony Taylor and Tyron Woodley respectively.

Backstage on the same night, the pair came face to face when Jake Paul interrupted Tommy Fury’s interview, which led to a scuffle between their teams.

However, on December 18, they’ll now be able to take their feud away from the internet and behind the scenes into a ring in Miami.

The fight is expected to be aired on Showtime Boxing in the United States and BT Sport in the UK.