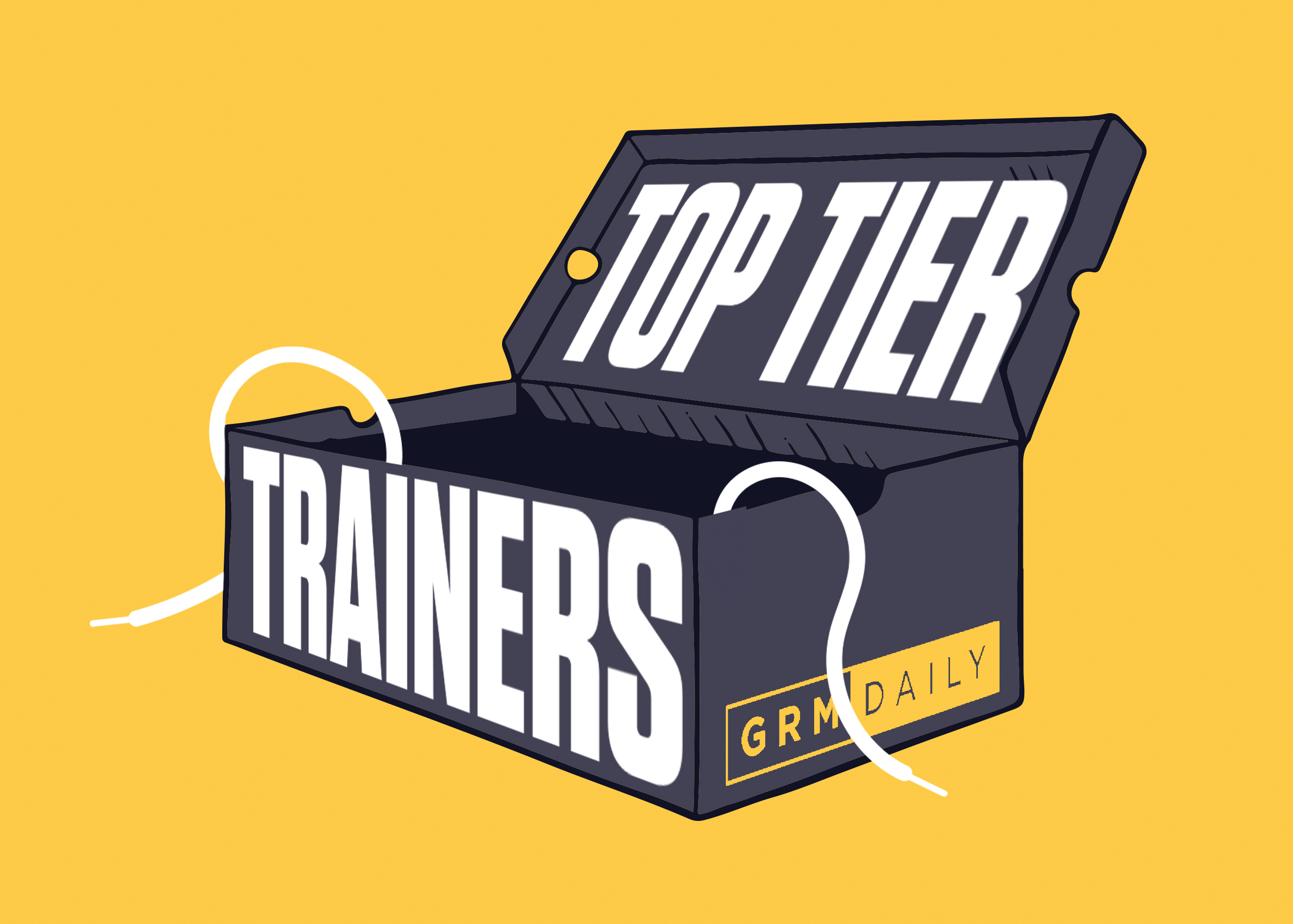 2021 has been a great year for trainer drops and to end things with a bang, some of the big hitters in the sneaker game are going all out this December. Among this month’s releases are another Patta x Nike Air Max 1 collab, a celebratory Pokémon trainer, a blinged out AF1 and more.

Be sure to check out some of the coldest December drops below!

The triple white Air Force 1 is undoubtedly one of the most popular – and timeless- trainers around and this holiday season Nike have teamed up with Swarovski to deliver an icy pair for the ladies.

To make the shoe stand out even more, this collaboration comes covered in over 228 unfaceted retroreflective Swarovski crystals made exclusively for Nike. The light reflection of Swarovski’s crystals return light, allowing those sporting the trainer to light up the roads while simultaneously stepping out in style.

The trainer will also be released in a triple black colourway but if you’re looking to shine bright at these Christmas functions then the Swarovski x AF1 Triple White is your best bet!

To celebrate 25 years of Pokémon, Converse are teaming up with the Japanese franchise to drop a special pair of Chuck Taylor All Stars!

Like the Nike x Swarovski trainer above, there’s nothing subtle about this trainer as Bulbasaur, Squirtle, Charmander and Pikachu feature on outside of the shoe’s upper, while Jigglypuff makes an appearance under a Pokéball-shaped All Star logo on the inside. The tongue also comes complete with Pokémon branding right at the top.

This trainer is part of a wider collection between Pokémon and Converse to celebrate the mega anniversary so if you’re a die-hard fan you can try and catch ’em all!

If you’re looking for a trainer to match the cold weather outside then look no further than this pair of Air Jordan 11 Cool Greys. The shoe features two shades of grey, as well as an ice-like outsole, which all make up what will be definitely be one of the most sought after trainers this month.

After debuting in 2017, the Yeezy Boost 350 V2 Blue Tint is receiving a restock this month! The turquoise accents on the midsole and collar give this shoe an icy look so it’s only right it’s returning in this cold weather. The white and grey primeknit upper complement the frosty tones perfectly, while the ‘SPLY-350’ branding and the red stitching on the heel tab add a slight contrast that still works well nonetheless.

Back in 2005 the Air Jordan 4 arrived in a ‘Thunder’ colourway and now sixteen years later, the shoe has been updated to come in a red colour scheme instead of the original yellow. The shoe is dressed in an all-black nubuck upper, with dashes of red on the midsole and heeltab – as well as within the netted underlays and eyelets – providing the shoe with a vibrant feel.

It’s been another big year for the Air Jordan 1 model and wrapping up 2021 for the silhouette is the OG Patent Bred. The black-and-red ‘Bred’ colourway was first introduced by Michael Jordan in 1985 and to give the iconic shoe a modern look this December, it’s been given a complete revamp!

The new edition of the Air Jordan 1 Bred is dominated by paten leather panels which ultimately give the shoe a glossy look, allowing it to go with both casual and smart casual looks. The sleek red adds a dash of Christmas to the AJ1 and it make it a perfect shoe for the festive season.

We haven’t got an official release date yet but it’s expected that Air Max’s ‘Running Club’ collection will receive a new addition in the form of a clean AM97!

The shoe comes predominantly dressed in black and blue but the white midsole alongside the sail tongue creates a crisp contrast. The Air Max Running Club branding is simplistic with ‘AMRC’ and ‘BVRTN, OR’ tags featuring on the laterals. We may not have a confirmed drop date but we’re sure these 97s are gonna fly off the shelves whenever they do arrive.

After hitting us with three collaborative Air Max 1s in the past few months, Nike and Patta are reuniting once again to give us a fourth AM1 collab.

Compared to the previous three drops which arrived in ‘Monarch’, ‘Noise Aqua’ and ‘Night Maroon’ colourways, this upcoming Patta x Nike Air Max 1 trainer is a lot less colourful and is dominated by a black upper. However, hints of brightness come in the form of a white swoosh, grey mesh and sail midsole which contrast but come together to create a simplistic look. The wavy pattern has come to define this Patta x Nike Air Max 1 collab and this black edition of the collaboration also features the iconic design.