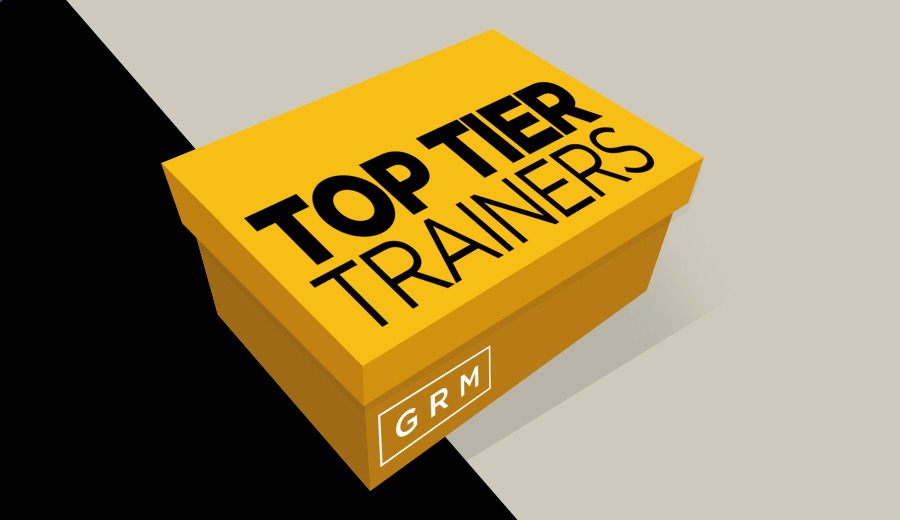 There is truly something for everyone dropping this July and we’ve rounded up some of the coldest trainers being released this month below!

One of the most anticipated drops of the year has been rumoured for a July release. Also rumoured to be the most expensive AJ1 of all time, it is the first collaboration from the luxury-fashion powerhouse and sportswear giant in celebration of the 35th anniversary year of the Air Jordan line.

Where the Nike Swoosh is usually simple and effective, it is filled with Dior’s instantly recognisable monogram logo. The Dior branding then follows through on the Jordan’s wings logo, where it usually reads ‘Air Jordan’, it now reads ‘Air Dior’. Although many seem to be underwhelmed by the design, there is no denying this colourway has endless styling potential.

Although there’s no official release date for these ones just yet, anticipation is definitely high! The Quai 54 model follows on from other popular 2020 Jordan 6 releases including the DMP and the Hare. Named after “the official rendez-vous of basketball and hip-hop culture” held in Paris every year, the Quai 54 Jordan 6 in the “Sail/Team Orange/Baroque Brown” was initially scheduled to drop to coincide with the tournament but its release date – as well as the actual event –  is now uncertain due to the coronavirus pandemic. However, the trainer is rumoured to be dropping at some stage this month so keep your eyes peeled!

If you’re looking to inject some colour into your outfits this summer then the Niteball is the trainer for you! The Niteball is coming in two vibrant colourways, allowing sneakerheads to match the brightness of the sunny season with their footwear. The chunkiness of the trainer reflects the designer world’s current obsession with the ‘dad shoe’ model and makes the trainer right on point with fashion trends at the moment.

Starting off the month is the revival of the Tailwind 5 courtesy of Nike. First available in the year 2000, the news of the re-release has been circulating since mid-2019.

Finally ready to hit the shelves, the silhouette can be found in a slick iron grey colourway, as well as in olive sequoia. The upper is crafted from suede and leather, with the Swoosh logo embellished onto both the lateral and medial side. The perfect pair for everyday beaters while still keeping it fresh.

Continuing the celebration of the Air Max 95 milestone this year, Nike have dropped a statement deep brown women’s colourway. Hanging from the eyelets you can find a detachable gold bracelet with a Swoosh trinket. The uppers on the model have also received a premium reworking – luxe leather and supple suede teamed with the infamous Air cushioned sole. This drop is one for a specific kind of lady.

Delayed from its June 27 release, the Jordan 5 is returning with a refreshing twist. Reimagined from the 2013 Black Grape edition, this colourway sees the original switched around to make a pair that no one will miss. Made out of plush suede, the upper is seen in a purple/blue colour like never seen before, then featuring of course the exaggerated tongue, padded ankles and translucent lace lock for a retro feel. If this colour isn’t enough to make you cop, then I don’t know what will.

Following on from 2019’s Jordan 1 Bloodline is the Bloodline 2.0, by simply reversing the colour scheme for a familiar-looking arrangement. The release comes crafted from premium quality leather throughout and dressed in a gym-red hue, counter-balanced by black and white panels.

Carrying a strong resemblance to the 1985 Chicago colourway, the red areas are outlined with a black perimeter, distinguishing the pair from the Chicago’s. But due to the similarities, we expect these to be a very hyped Jordan 1 release.

2020 has been full of Jordan 1 releases and they don’t seem to be slowing down. Colour blocked to perfection as always, the AJ1 plays around with grey suede overlays and white leather upper panels for a versatile feel and look. Steering away from an otherwise monotone colourway, the splash of red on the heel does the shoe justice. The pair mirror’s 2019’s Union LA collaboration so these are set to fly.

Another women’s release for July is the highly-anticipated Off-White x Nike Air Jordan 4 White. After selling for a final price of around $186,859.49 in the Deviation backed charity auction for Black Lives Matter organisations, the retail drop is now finally here. The 1989 model is found in Sail and White muslin with a cream coloured hangtag and cable tie, as well as prominent “AIR” branding appearing on the midsole in black. This release is sure to be highly sought after.

Receiving a futuristic revamp to the vintage basketball model, this AJ1 retains the classic design while being dressed in metallic silver. The uppers are crafted from high-quality leather throughout, with iconic features such as the wings logo, perforated toe box and Nike Swoosh on both the lateral and medial sides making an appearance. Nike Air branding is present at the tongue while the panels are stitched together neatly. It’s fair to say this shoe is an ‘out of this world’ release.

More trainers may be announced for a later July release, but for now check back in next month for our August edition Top Tier Trainers.

[Dates correct at the time of writing – some release dates may be subject to change].