GRM Exclusive: Take A Look At The ‘Top Tier Trainers’ Dropping This March 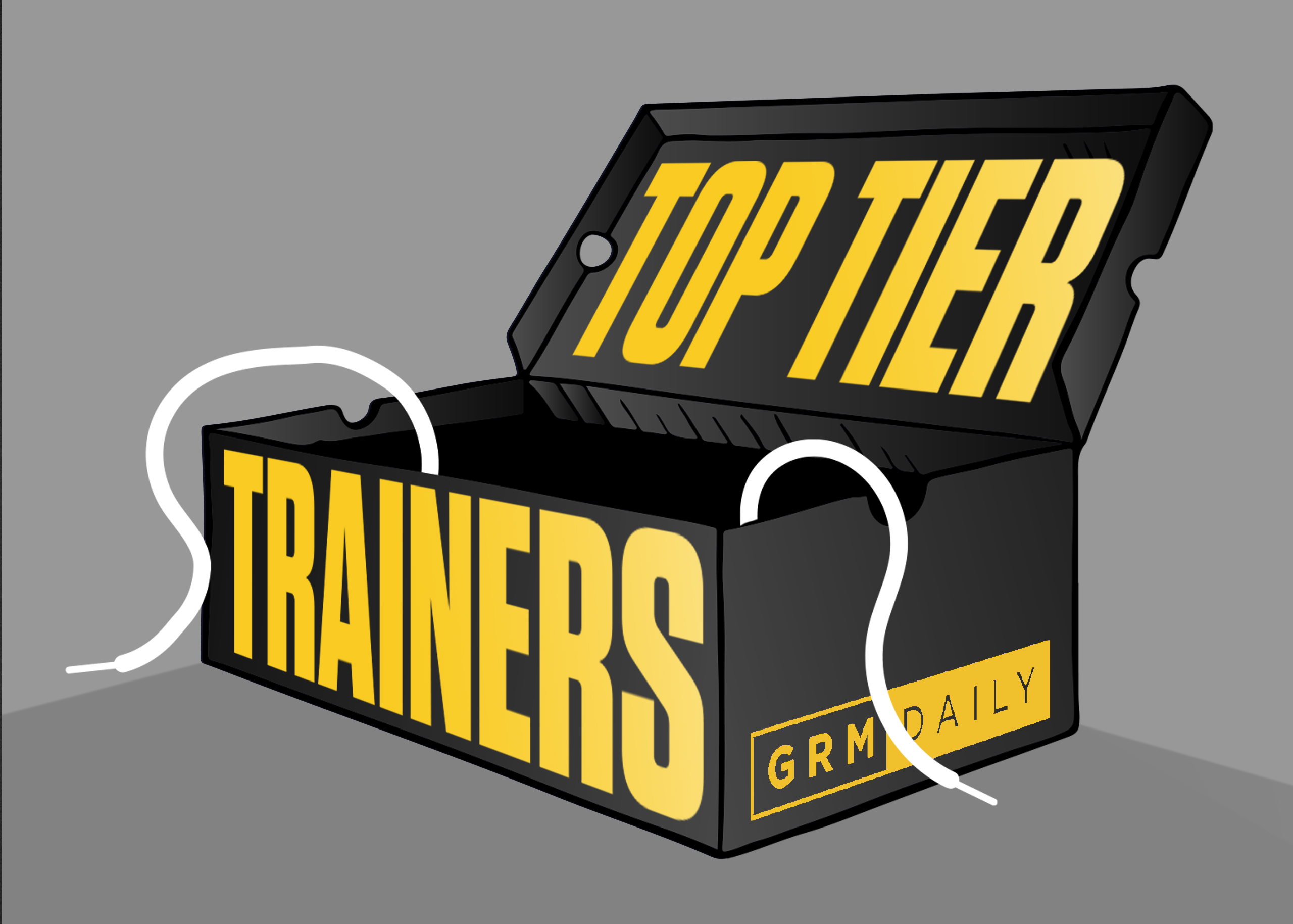 February is officially over so it’s time for us to bring you the next edition of our Top Tier Trainers series – our breakdown of the coldest creps dropping every month!

Now that we’re moving into the spring season we’re seeing more colourful and brighter colourways that’ll have you standing out as we exit winter. The usual suspects (Nike, Yeezy and Jordan) are back with some clean drops this month, but we’re also being treated to Drake’s Nocta x Nike Hot Step Air Terra’s – finally!

For the rundown of what’s coming this month, take in our list of the Top Tier Trainers below!

The Air Max BW’s became popular in the early to mid noughties but could trainers like the White Violets make them just as popular two decades later? We’ll have to wait and see.

First debuted in Drake’s video for “Laugh Now Cry Later”, the trainer comes in a white/chrome colourway with a premium white leather upper, metallic silver accents, an Air bubble in the heel and a rubber outsole. These trainers will also be released in an all-black colourway on the same day and we’re sure those, as well as the white chrome show, will sell out real quick!

Good news for Yeezy fans as the popular 500 ‘Blush’ colourway is getting a major restock this month! Initially released back in 2018, the ‘Blush’ is a simple beige trainer perfect for pretty much any outfit and with its snug cushioning, it’ll allow you to keep slick and comfy at the same time. The colourway was a hit with hypebeats four years ago and no doubt they’ll be a hit again this year!

To commemorate the 40th anniversary of Michael Jordan’s title-winning game against Georgetown College in the 1982 NCAA Championships, Jordan brand will be releasing a pair of 1s to mark the occasion.

The trainer arrives in the original Air Jordan 1 shape that the model first arrived in back in 1985, but adopt the navy colours of Georgetown College. These AJ1s also resemble the ‘Georgetown Hoyas’ Air Jordan 1 sample that was produced back in 1985 – adding more nostalgia to what is already a much-wanted release.

While the AJ1 Georgetown’s take inspiration from MJ’s college rivals, the Air Jordan 6 University Blue is a nod to the basketball legend’s college athlete days at the University of North Carolina.

Before Michael Jordan won his first of six titles in 1991 while sporting AJ6’s, he was a star player at UNC and the Air Jordan 6 celebrates the early days of MJ’s university and NBA play-off success. The white base is complemented by UNC’s light blue colours, as well as a black lace toggle and a black trim above the midsole.

The UNC colourway is popular with sneakerheads and this Jordan 6 will be no different.

It’s a big month of re-stocks for Yeezy who’ll also be re-releasing the 700 V2 Static! Like the Yeezy 500 Blush above, these trainers first emerged in 2018 and are still one of the most sought-after Yeezy drops to this day.

The white Boost midsole complements the neutral grey and cream tones tones which make up most of this shoe and the result is a clean and versatile pair of creps. If you missed out on the Yeezy 700 V2 Static in 2018, hopefully you have more luck this month.

This month Nike are releasing their Terrascape Pack and among the 3-piece drop are the Anthracite edition of Air Max 90s. Made up of recycled fabrics and materials, this offering is dressed in black, dark grey, anthracite and lime ice – which provides the shoe with a bit of colour on the speckled midsole.

Make sure you check back in next month for April’s ‘Top Tier Trainers’!