Following the news that he will headline this year’s Wireless Festival and fresh from his performance at the Super Bowl where the rapper took the stage to perform a short rendition of his track “Sicko Mode”, Travis has treated his fans to this new video which features distinct and visually striking imagery. The visuals were directed by Nathalie Canguilhem and produced by design powerhouse, Saint Laurent. Travis Scott’s wardrobe in the video also all come from the designer label.

“Can’t Say” is taken from Travis Scott’s album Astroworld  which he released in summer 2018.

Watch Travis Scott star in the visuals to “Can’t Say” above and for another video taken from Astroworld, watch the video to “Sicko Mode”, here on GRM Daily. 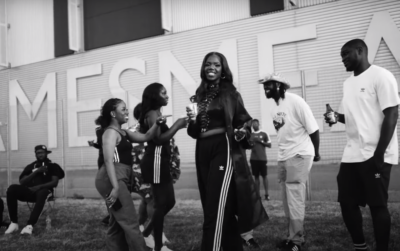