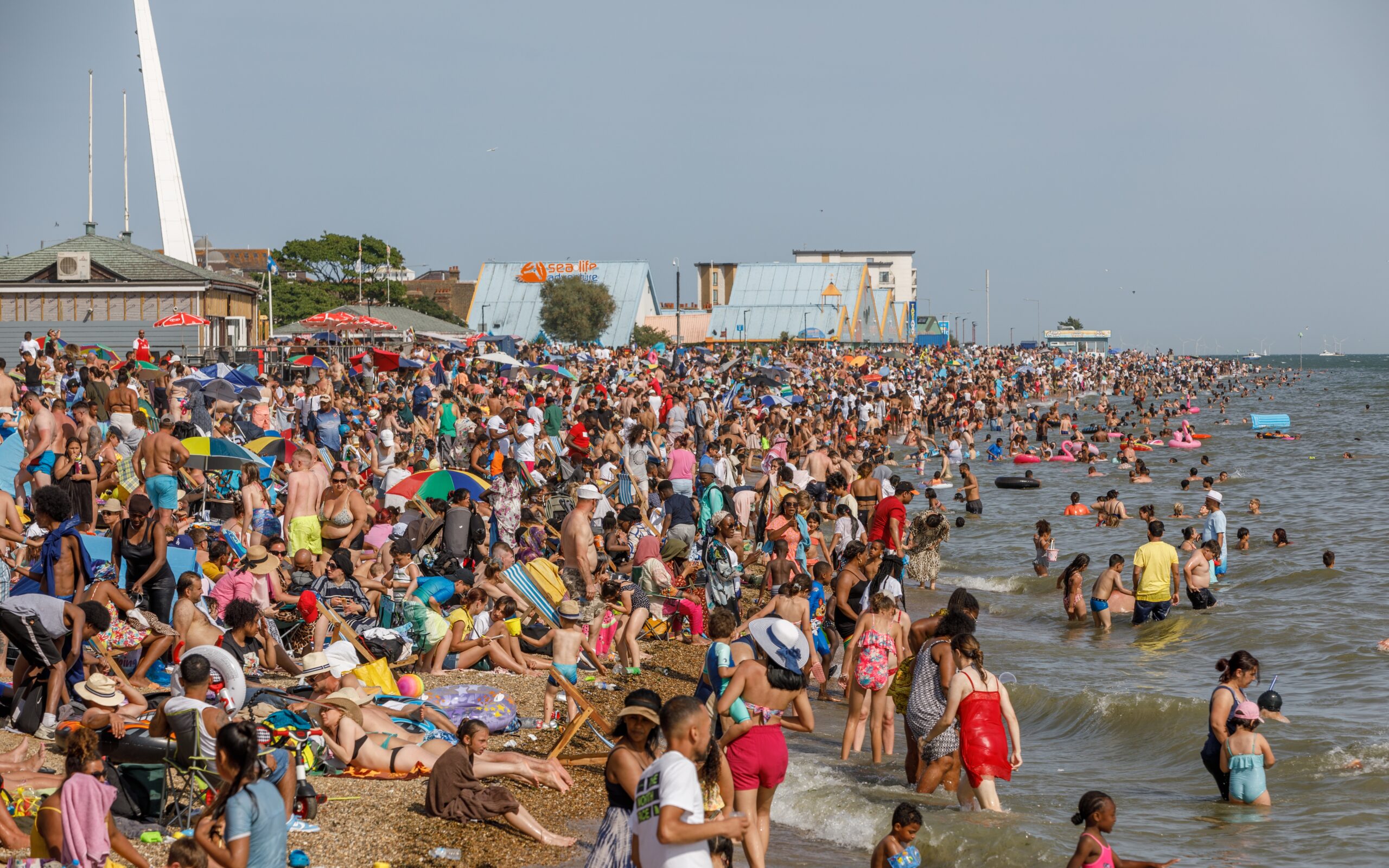 For the first time ever, temperatures in the the UK have reached 40C.

According to the Met Office, 40.2C was provisionally recorded at London Heathrow.

The Met Office warned that “temperatures are still climbing” today, with highs of 41C expected in some parts of the UK.

The record-breaking temperature comes as the UK faces a scorching heatwave which forced the Met Office to issue a red warning for exceptional heat for the first time ever yesterday.

Transport services have warned against travel, road surfaces have been affected and a number of power cuts were reported across Yorkshire.

BBC Weather’s Simon King said: “For meteorologists, exceeding records by a margin of two or three degrees is a staggering thought when historically records were only broken by fractions of a degree.”

Scotland and Wales are also expected to see their hottest days on record today.