GRM Exclusive: V9 & His Iconic Mask Elevate To New Levels On ‘Murk With A Mouth’ 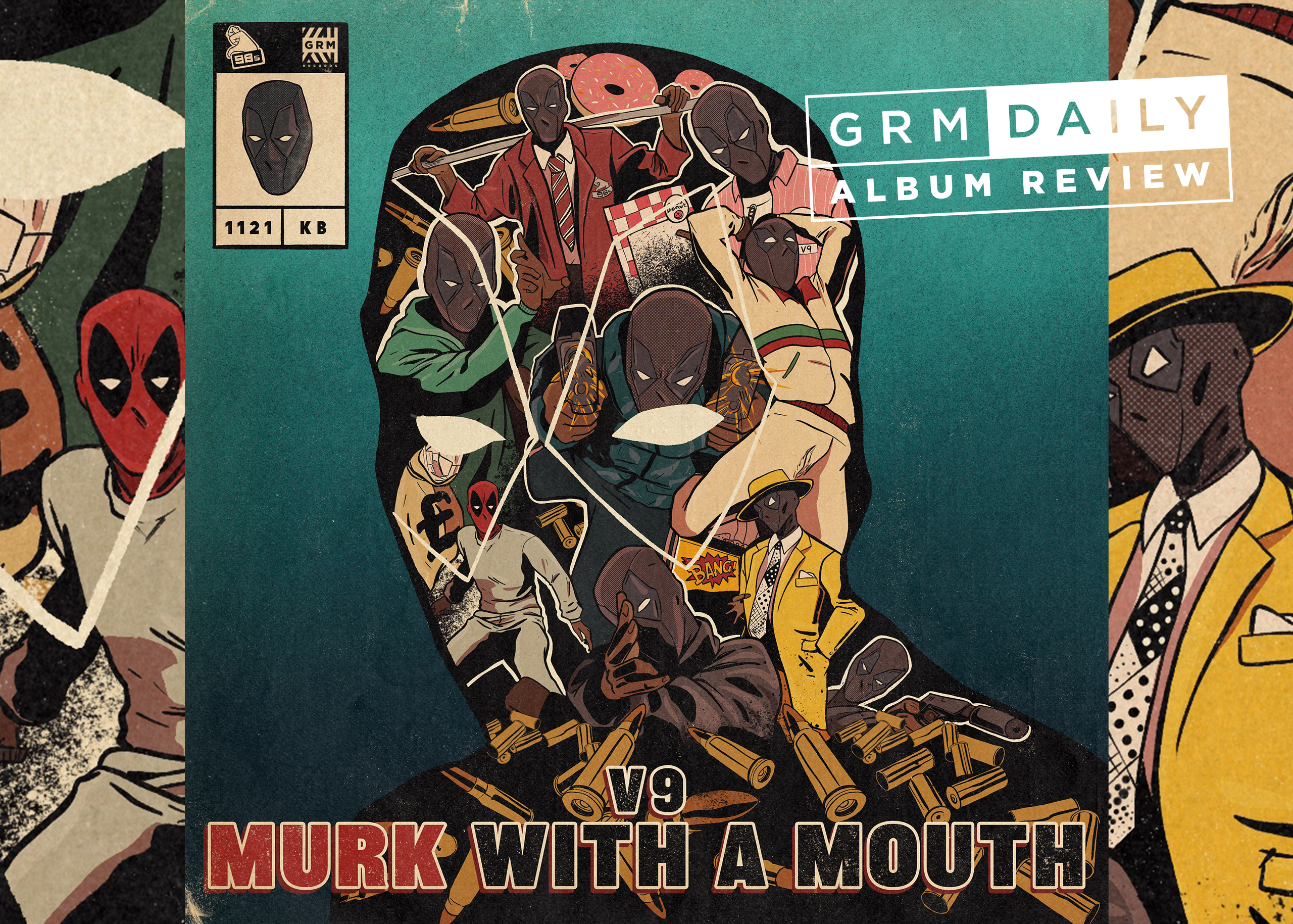 In a relatively short time span, V9 has established himself as an inescapable presence in the drill scene. From his contribution to last year’s Class of 98s mixtape, a stellar group project that should get more credit for progressing the genre, to further solo elevation demonstrated by his Daily Duppy, the Homerton rapper is carving out his own niche in a genre that can sometimes feel monotonous.

His latest project, Murk With A Mouth sees V9 cement himself as the antihero of the drill scene. Equipped with his iconic mask and brand of furious ad-libs, the rapper is backed up by stellar production and excellent feature cameos that help to create his most complete work to date.

What makes V9 such a unique rapper is the way his ad-libs almost offer up a new dimension to the song as their own instrumentation. This is not to say that they are particularly melodic in any way, but the deep, gravelly tone of the rapper’s voice, accompanied by the pockets he places these ad-libs in, create another layer to the production of each track. They also add to the dark atmosphere of the project, making it more cohesive as a body of work.

The production on the tape is thus elevated, as the subtle guitar riffs on “Arigato”, produced by Gotcha, provide a great base for the sinister performance of the rapper. Guitar is used as a leading part of production throughout the project, creating a sense of continuity that is all too often lost in long releases. The selection of beats for this tape have therefore been well thought out, adding melody and brightness to offset the darkness of V9’s bars and performance.

Speaking of this performance, V9 doesn’t disappoint, as he delivers his signature assertive flows with direct lyricism. The opening lines of the titular intro track will demonstrate that the Homerton man shows no messing about when it comes to setting his stall out for the content of this album. Elsewhere, there are humorous moments on the project, such as the track, “McQueen”, where V9 pays homage to the Pixar Cars character as he raps, ‘Red car like McQueen, I got lightning, got speed.See opps, slap it, watch the speed, I see fat boys high knees and skeet’.

The overwhelming thing about the content of V9’s bars however is their graphic nature, as can be seen in the first verse of “Mortal Kombat”, amongst others. This gives V9 his own niche in the drill scene as its antihero, as he combines almost comic-book violence imagery with sinister ad-libs, as well as his iconic mask, culminating in a larger than life figure that goes beyond the stereotypical representations of rappers in drill or UK rap.

What the project further succeeds in is the pairing of V9 with other feature artists. There is undeniable chemistry with every artist that features on the record, and they all bring variation at the right points in the tape.

Billy Billions brings an injection of melody on “Hole In One”, and Unknown T brings a variety in flow to the track, “Anger Problems”. Outstanding features also come from Mazza on “Spaceship” and Ghetts on “Shoulda Woulda Coulda”. The latter works brilliantly with V9, as his calm, comfortable flow offsets the grit of his counterpart. All the features on this project, therefore, serve a purpose, which is refreshing to see and a testament to V9 in terms of curating his project.

Murk With A Mouth is thus a project that moves the chains for V9. The man behind the mask has delivered stellar performances across 15 tracks and has added further intrigue to his mysterious image.

The production across the tape is clever, as the melodies of the beats accompany the dark vocal tones of V9 brilliantly. Furthermore, the rapper’s brand of extravagant, violent lyricism has grown on this project, and the use of features have created a body of work that flows seamlessly. It is still relatively early stages for V9, but if he continues on this trajectory, he will be a mainstay in drill for many years to come. 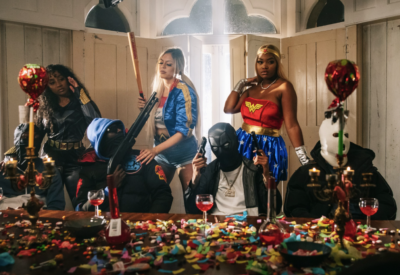 Premiere: V9 Gears Up For Release Of New Mixtape With Cold "Sweeper" Visuals

'Murk With A Mouth' out imminently!... 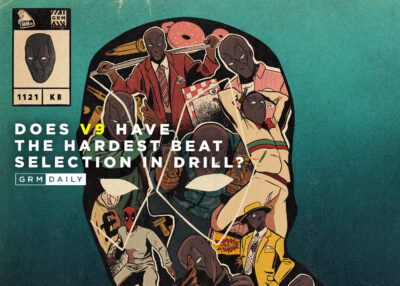 Does V9 have the hardest beat selection in Drill?... 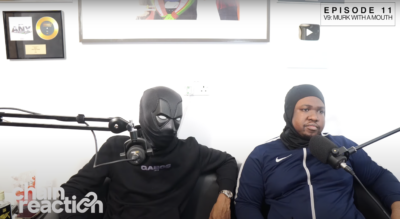 V9 talks 'Murk with a Mouth', Ole & more with Walkz & LeeToTheVI on new episode of the 'Chain Reaction' podcast