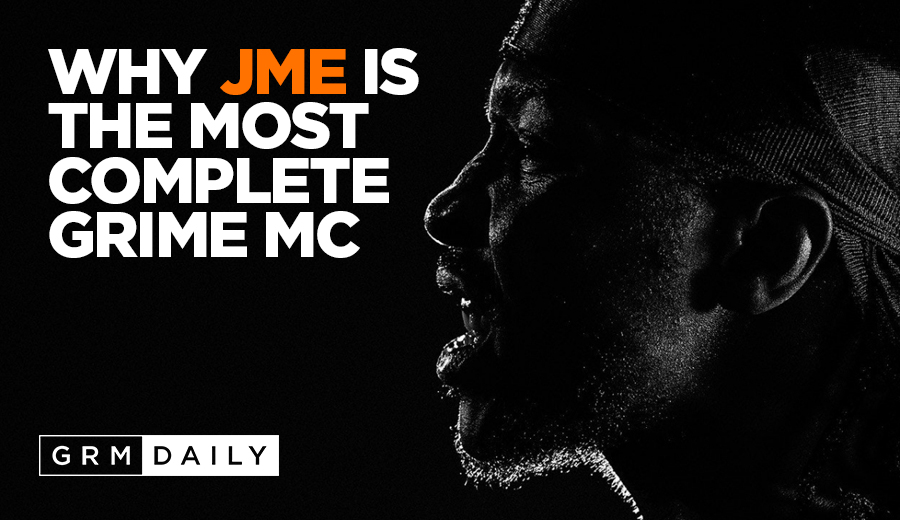 Any grime fan will agree that JME is up there with the best, and quite rightly so. After four years of what has felt like an eternity, we have finally had an announcement stating that his new album Grime MC is out. Here’s the catch though, currently the album is only available in physical formats, and In true JME fashion he mentioned that the album will be available digitally “In the future before I die.” We hope you still have a CD player, because we could be in for a long wait.

Ask yourself this… how long would any new wave artist last if they went off grid? Now let’s just head back to the above for a second. JME has not released any of his own material in four years. Further to this the BBK star hasn’t had an online presence on social media for almost a year now. In this day and age, this is practically career suicide. We digest music at an incredibly rapid speed and as we are all aware, social media continues to rule our lives. Even with these points taken into account, JME still remains a key and influential part of the grime community. You know “Man Don’t Care” will still be getting a wheel-up decades from now.

I’m not sure if anyone has been keeping count of how many feature verses JME has cooked up, what we do know is that it’s far from a small number. To name a fraction of these, he’s collaborated on the following tracks; Skepta – “That’s Not Me”, Shakka – “Say Nada”, Lethal Bizzle – “Rari Workout” and Kano – “Flow Of The Year”. Further to this, he is still racking up high quality guest verses till this day. Some of the latest being tracks by the scenes newcomers, Big zuu and even the YouTube star KSI. Let’s be honest, you may not know the artist that well, but if you see JME’s name attached to it, you’re gonna put your faith into a listen.

Following a couple of heavy decades of garage, grime started to come through as the new lead for the UK urban scene. BBK is undoubtedly one of the first grime collectives that comes to mind. JME was not only part of BBK, he was also an integral part of the groups inception, alongside his brother Skepta and the godfather of grime Wiley. A number of members from BBK, including JME have been spitting since grime began. He has been there for the highs and low points of the genre, he has seen his peers progress in their careers within the industry and even the tragic deaths of talented MC’s over the years. Few people share the level of understanding towards grime to the degree that JME does. He has dedicated most of his life to it.

There is no need to overcomplicate this. JME has jokes, and I think that’s an obvious observation from anyone who knows of him. I can’t count the amount of times he’s dropped some gold in his Tweets, interviews or on radio. It’s an admirable trait to show the openness and transparency that this artist does, especially taking into account that he is in the spotlight of the music industry.

Some of his funniest quotables include:

Bruv, these eCigarettes I see guys smoking nowadays are so tonx. Looks like mans playing a clarinet on the roads.

You can find a further breakdown of some of his best Twitter moments Here.

As we have all witnessed with the release of Grime MC, JME is fighting against the grain in order to bring the feeling of an experience along with his new music. He is one of very few artists that is pushing for a future of long lasting and sustainable releases. The artist has mentioned that his new album has been ready to be released for the last couple of years. Great patience has been demonstrated during this period in order to make sure that his music is dropped in a way that aligns with his agenda.

Grime MC was first debuted to listeners during his cinema tour earlier this year in March and April. Admirably this tour was also free to fans. In other efforts to bring the album to life JME also hit the streets of London with a pirate radio set up, gifting spectators with live sets from him and other talents. Many artists these days are very content with the digital structure that rules the music industry, and further to that have not been able to develop a focus on the preservation of their material. JME again follows his own journey, with use of creative ideas, in order to steer his fans towards the way that he wants his art to be consumed.

JME is a pioneer of music and a true role model to any newly emerging talent.