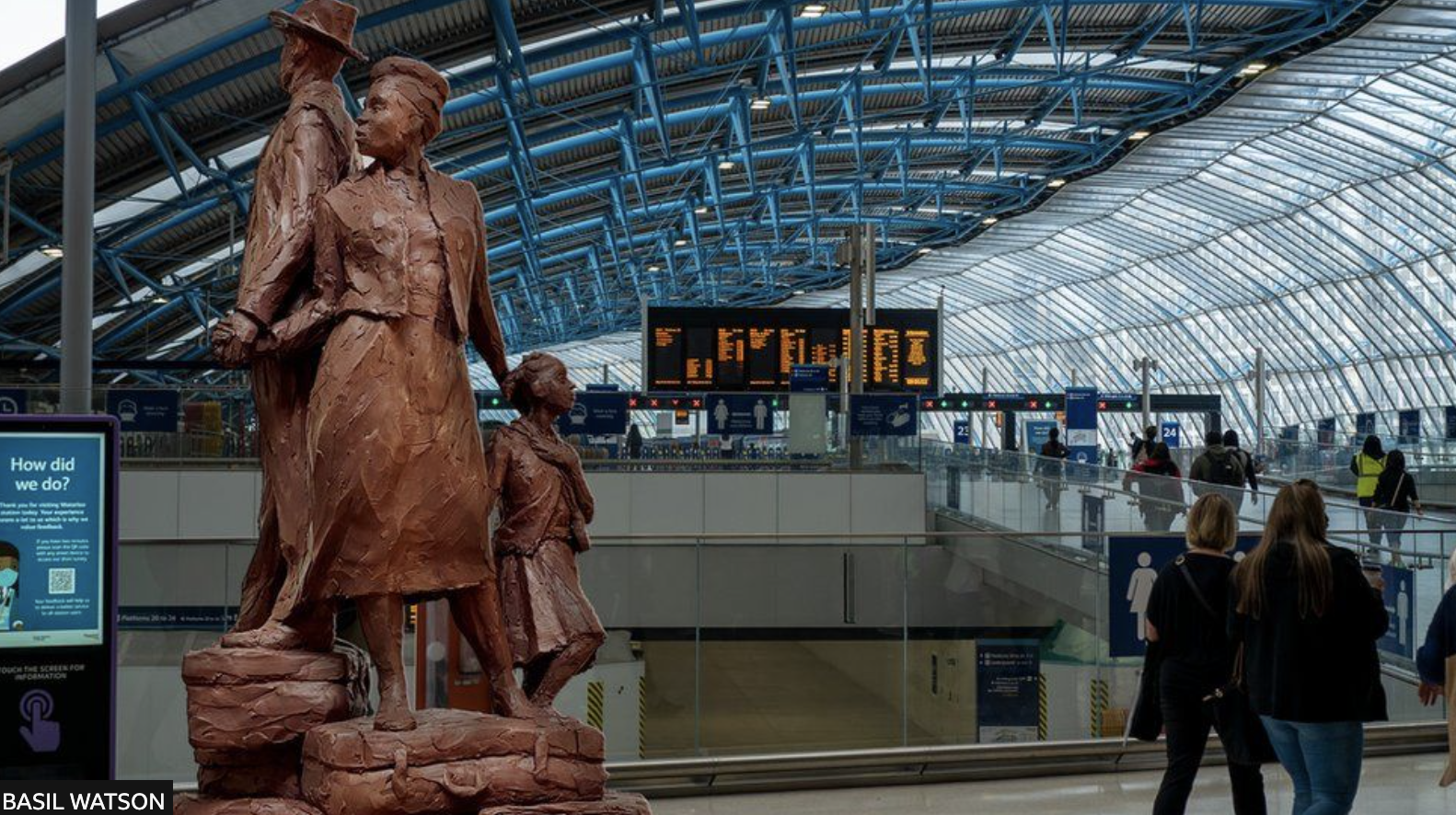 To mark Windrush Day 2022, a special monument has now been unveiled at Waterloo Station to pay tribute to the Windrush generation.

The statue – which shows a man, woman and child standing on top of suitcases – was unveiled today at a ceremony attended by those from the Windrush generation, local schoolchildren and the Duke and Duchess of Cambridge.

The monument was designed by Jamaican artist and sculptor Basil Watson whose statue aims to symbolise “the courage, commitment and resilience of the thousands of men, women and children who travelled to the UK to start new lives from 1948 to 1971.”

“The community probably never felt that this would happen,” Watson said. “I’ve seen some moved to tears because their personal experience, and their tremendous contribution to the development and culture of Britain, is being recognised in this way.”

The unveiling of the statue coincides with the celebrations for Windrush Day which marks the arrival of Caribbean immigrants to Britain on 22 June each year – the day HMT Empire Windrush arrived at Tilbury Docks in 1948.