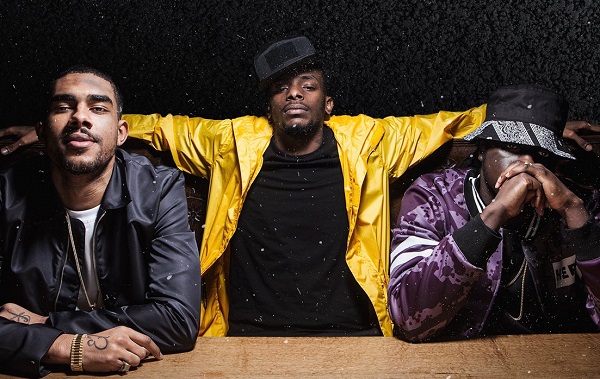 When conversations are had about UK artists that exemplify London’s diverse cultural mix, embody true musical talent and are destined for global stardom, Louis Rei, Haile and Akelle’s names should be in the mix.

For their special Bak On Road show at the O2 Forum in Kentish Town, WSTRN had a lot to celebrate.

There was the release of the project WSTRN Season, Vol. 2, their global record sales, millions of views on YouTube but most importantly, Akelle was back home after a short time away.

The show was a celebration of his return whilst simultaneously a chance for fans to thank Louis Rei and Haile for their strong efforts during the groups time as a duo.

The trio were gifted plaques by their manager Morgan for “Ben Ova” and they joked that many thought the group would be a “one-hit wonder”.

With a set-list jam-packed with hits that the full capacity crowd knew every lyric and ad-lib to – it is clear that their fate has instead been the total opposite.

Fan favourites from Double 3ak such as “Love Struck”, “#1”, “Aaliyah”, “Sharna” and “Special” were given energetic renditions from Louis Rei and Haile before they went into their big hits, “Ben Ova”, “Maggie and Stardawg” and “Medusa”.

The West London celebratory anthem “Round Here” was brought to life with a cameo appearance from Skrapz and Miraa May delighted fans with a performance of “Lights, Camera, Passion” in her glowing pregnant glory.

One Acen also made an appearance to perform “Vice Versa” – one of 2018’s defining UK tracks.

“Txtin” is a big track in WSTRN’s catalogue but fans weren’t circling around the stage in the hopes of seeing Alkaline; there’s a verse from Akelle on this track and fans know this.

The show paused for a second and an introductory video was played just before his verse kicked in.

Akelle was then reunited with his bandmates on stage and given the chance to perform for fans for the first time in years.

Akelle then performed “Soon Home” before being joined by Louis Rei and Haile again for some throwback tracks.

“Best Friend” and “Fine Wine (Remix)” were given lively performances before the trio closed the show with their first mainstream hit “In2”.

WSTRN performed at this sold-out show with professionalism, confidence and skill.

The visuals of the show showed clear consideration for set design and lighting, making WSTRN clear showmen who are worthy of headlining the biggest stages in the world.

With the group reunited as a trio, we can only expect more new music and more live shows with an updated set-list to include their future hits.