GRM EXCLUSIVE: Why Wyclef Jean might be one of the most influential voices in Hip-Hop 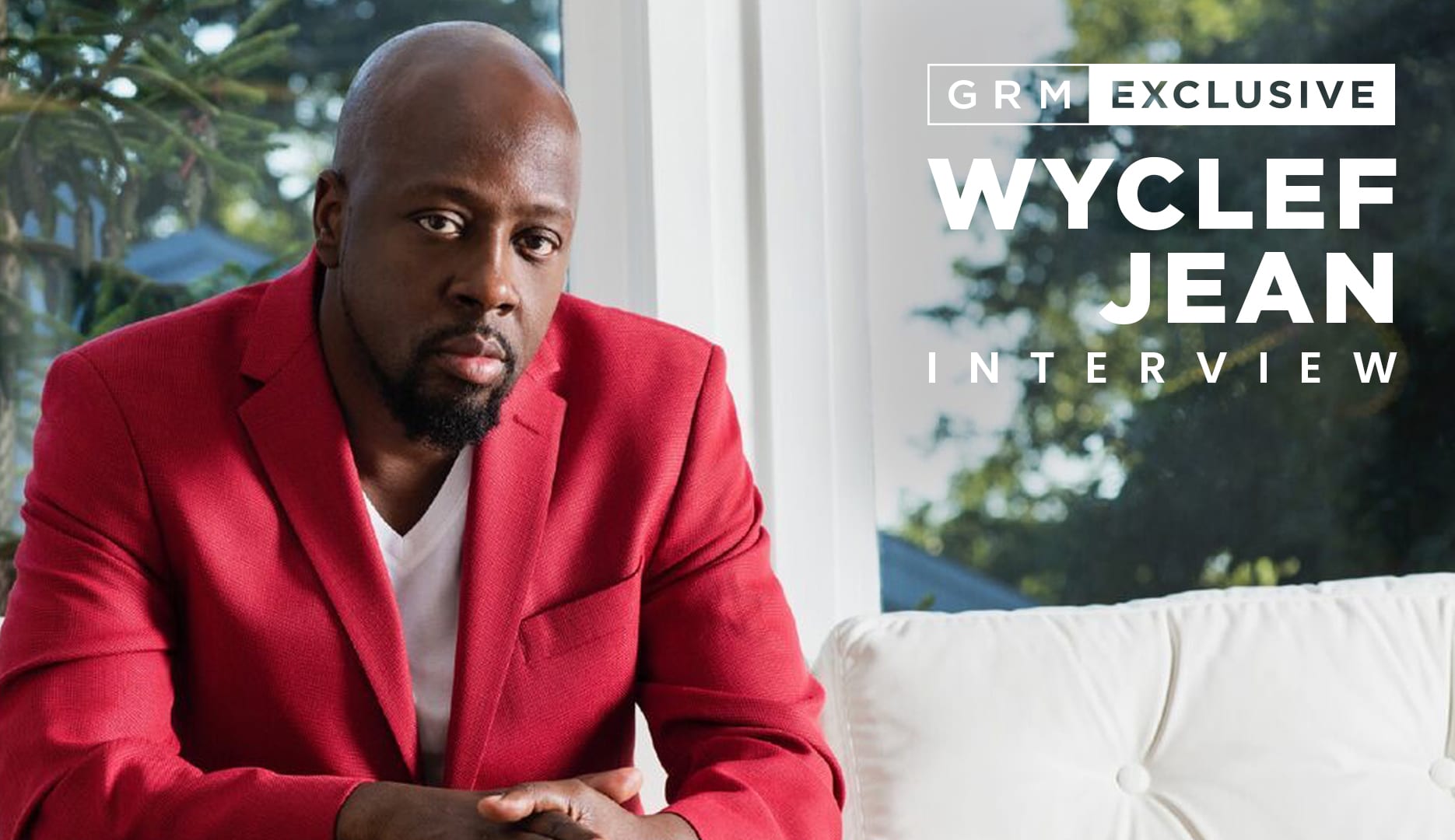 Wyclef Jean is undoubtedly one of the most influential artists to come out of the 90’s. As vibrant as ever, the 49 year old sat down to chat all things new music, influences and his important attempt to spread awareness on life.

Let’s talk the new album Wyclef goes back to school which is due in the upcoming weeks, for anyone that doesn’t know the concept behind this, how would you explain it?

“The best way to explain it with regards to my relevancy is we’re in 2019. When we acknowledge “Wild Thoughts” by Rihanna, that’s my song. When we were coming up with the Fugees (short for refugees) and we did “Killing me softly”, which was another big song, I made somebody else a lot of money. I then thought to myself, I’m on the wrong side of the fence, I have got to be on the of publishing side of things too.

“The main thing about my career has always been about discovery. Whether its’ Lauryn Hill or Beyoncé, the list goes on and on.”

A Grammy award winning musical star, not only does Wyclef produce music, he also plays over ten instruments.

“In 2019, as the producer, when you click onto a national playlist either on Spotify or Apple Music, the producers have the minds of creating the music and they don’t get credit.”

“I wanted to create a project of discovery for new talent, not from A&Rs or streaming platforms, but from me.”

“Wyclef goes back to school is me travelling throughout America, has four different volumes and we tour around schools holding competitions for these kids. There’s no winner, if there is someone I vibe with, they’ll get a phone call saying you’ve made the album. It’s basically a curation of a producer telling you who’s up next.”

Would you say the rise in popularity of social media has now made it easier for someone trying to break out in the industry in comparison to how hard you had to work back then when you were on the come up?

“We’ve seen social media tackle governments. It could be a kid in Egypt, and another kid in Brixton, and somehow they can all connect – so yeah this inter-connectivity has definitely made it easier.”

You’ve just released some powerful imagery, spreading an important message throughout the visuals for your second single off the forthcoming album, “Baba” featuring Kofi Black.

Some have branded the video as controversial yet others are pleased with its exposure and honesty. What is your response to this?

“I think that if you can take a bottle of champagne, pour it on a woman’s head whilst she’s butt naked, and you don’t find that controversial – but me telling people about the history and the fact that we shouldn’t forget, then there is definitely a level of ignorance.

“We live in a time where a kid can push any button and see whatever they want. Bob Marley said, “Tell the children the truth”. We need to tell people what’s right, not what’s popular.

“This is not Wyclef now, this is Wyclef from the Fugees. We took on that name from an early age to bring awareness. We are in a generation where my daughter is 13; they talk different. We cannot fabricate the information for the youth but it is important to celebrate life.”

On the subject of the UK, are there any artists in particular you like / vibe with?

“I definitely look forward to doing a UK Volume of the album, which will be dope. Man, I love the UK. I’ve been coming here for so long. I love Afro B, I think he’s dope. I love the whole grime movement, I know about the origin of garage and grime. If we were to do a volume of Wyclef goes back to school the UK edition; I would want to discover through the UK – finding kids that feel like they need a shot. Who’s the next Afro B? Who’s the next Giggs?”

Finally, what can we expect from the upcoming tour dates due to hit America very soon?

“Basically, if you haven’t ever been to a Wyclef show, it’s hard to explain.

“I play over ten different instruments. I have been a producer since I was a kid. On stage, I show the experience of the producer. It’s like coming to the carnival. The good thing about the show is its very interactive.

“For example, you could take something you love form the 90s like “Killing me softly”, but at the show, you actually see how I created the record. You become part of it.”

“I grew up in extreme poverty but I had rich imagination”

In relation to what you have gone through in life and in terms of the UK also, if someone were to find themselves in the same predicament as you, in an attempt to break through the industry, what type of advice would you give them?

“That’s a great question. Netflix is going to do an film of the first nine years of my life (Wyclef Jean emigrated to the United States at the age of nine). That’s the first movie I wanted out.

“I did not want a film based on Wyclef Jean today, but how did Wyclef become Wyclef? To me, the most important part of the story is the Haiti part.

“Poverty is not something we choose, it is something that we’re born into. If we had the choice, no one would want to be born into a situation where there is no clean water to drink or nothing to eat. I encourage people by saying that it’s not going to be easy, it’s in fact going to be the hardest thing you’ve ever had to do in your life.

“But if it worked for me, it can definitely work for anyone. Growing up, a lot of my cousins were locked up, some got killed and some were deported.

“At the time, I was working in a fast food restaurant and one day something told me not to go on the block that day. That one split second decision is the reason I am here today. I encourage every artist that before the light comes; it’s going to be dark. I faced a lot of people telling me: Get back onto the banana boat. Go back to Haiti, you’ll never make it. I just took all the energy they gave me and I spat it back out and made it.”

Wyclef makes a promise that this summer, he’s going to bring a vibe to the UK. With 2019 already looking like the year in which people are not afraid to speak their mind and spread awareness, we can certainly expect way more from Wyclef Jean this year.

Wyclef goes back to school will be available on all streaming platforms in March.