Fresh off his new mixtape, All Eyes On Me Against The World, UK rap legend Youngs Teflon has shared visuals for his Stardom collab “Body Language”.

Standing as a highlight from the south Londoner’s most recent tape, “Body Language”, sees both Tef and Stardom drop gem-worthy rhymes form over the Aura-produced beat.

Directed by Hood Projects, Tef can be seen standing alongside Stardom, dripped in a Black nylon Corteiz tracksuit in the video. Throughout, we see the visuals splice between a police interrogation room and a hospital bed, adding to Tef’s visceral storytelling.

The track follows Tef’s video for “Bar Codes”, which dropped last month, and if this video is anything to go off – we’re amped for what he has in store for the rest of this year.

Peep the “Body Language” video above! 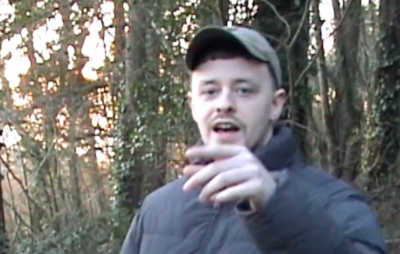