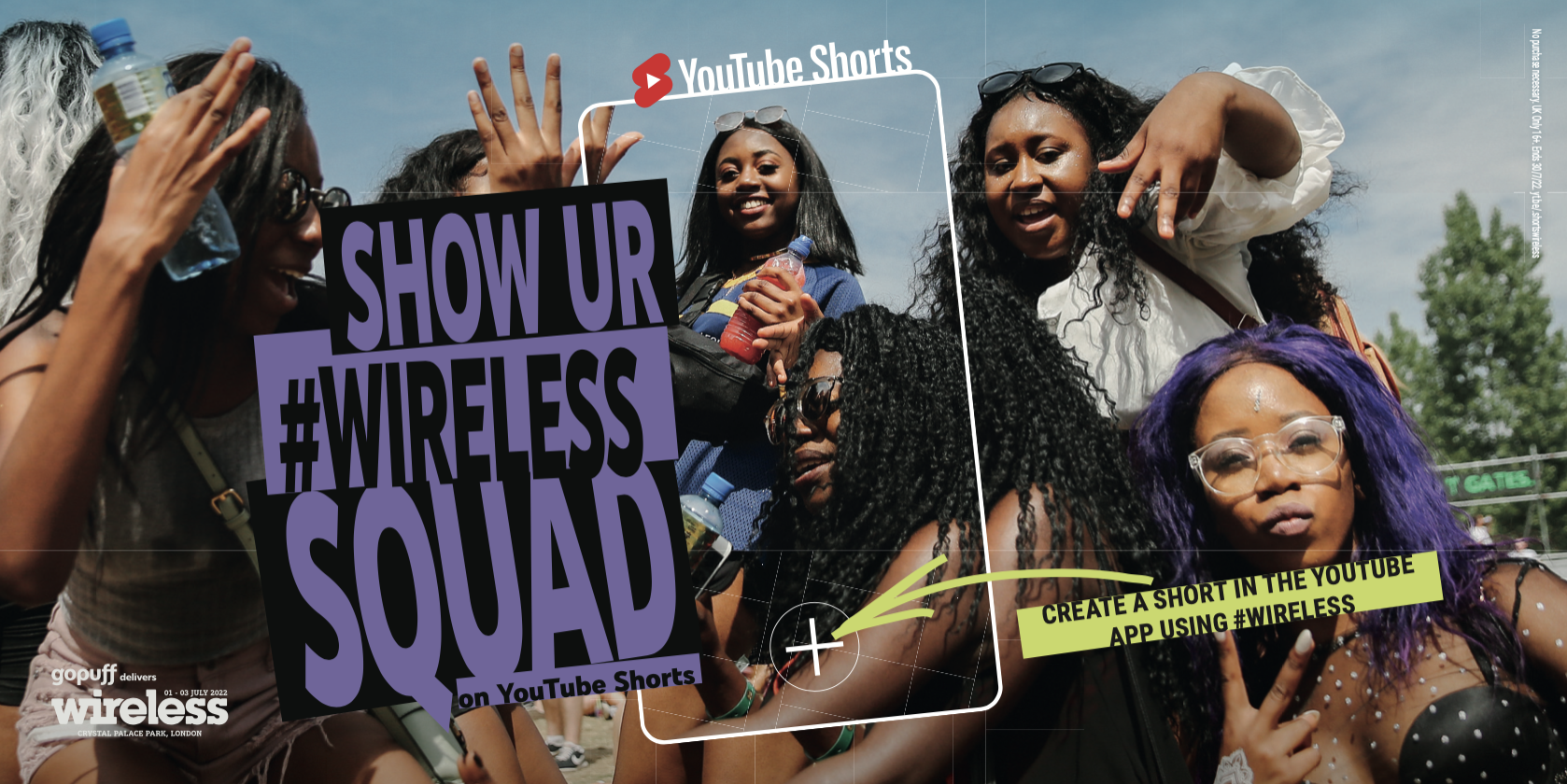 YouTube Shorts has been announced as the lead digital short form content partner of this year’s Wireless Festival!

With Wireless 2022 kicking off today (July 1), YouTube Shorts will be offering fans a chance to win VIP access and a meet and greet with Lil Baby, Mahalia or Central Cee, in addition to tickets to next year’s event.

To enter, fans just need to create a YouTube short showcasing their Fit, Moves or Squad alongside the tag #wireless.

Those attending either of the Wireless editions in Finsbury Park, Crystal Palace and Birmingham will be able to upgrade to a VIP ticket by attending YouTube Shorts’ ‘Shorts Stop’ where they’ll be able to create Shorts live from the festival. There will be three specially designed booths for Lil Baby, Mahalia and Cench respectively, each allowing fans to step into their world.

After the events, fans will be able to share their best moments from the festival on YouTube shorts with the tag #Wireless, where they’ll be in with a chance to win tickets for next year’s festival.

Sheniece Charway, YouTube Music Artist Relations Manager, said: “Wireless is a seminal moment in the Black British music calendar so we are excited to be partnering with them to bring artists and fans  closer than ever before. YouTube Shorts is the perfect medium for expression at a festival, giving fans the chance to show themselves living their best lives at Wireless, and we can’t wait to see a new fan-driven side to the festival.”