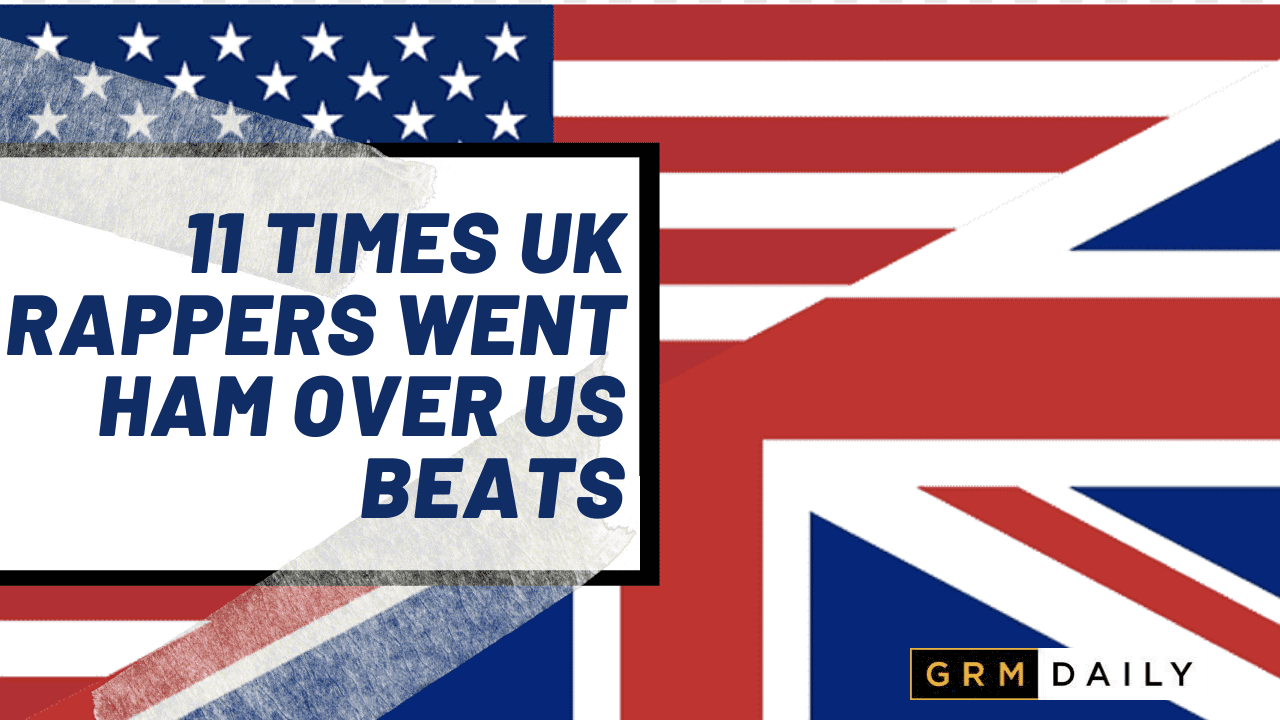 We’ve taken a lot of cues from our American counterparts, whether that’s with the TV we watch, the clothes we wear or the music that we listen to. America has often been the market leader in many of these fields.

Today, the 4th of July, our American cousins celebrate Independence day, so to honour the influence they’ve had we thought we’d take a look at some other examples of UK artists breathing new life into some stateside classics.

The original can of course no longer be found online, so the current views are not an accurate representation of how popular the original upload actually was. The tune really put Krept and Konan’s unique punch heavy rhyme schemes on the map; it’s great to see how far the pair have taken it since then.

One of the hardest UK rappers is most certainly Potter Payper. Like the name suggests Potter chose to pick apart the classic beat from Wu-Tang member Raekwon’s iconic debut solo album Only Build 4 Cuban Linx. The hard uncompromising lyrical onslaught is Potter at his gritty best and to date the visuals have racked up over 700k views.

Chip jumped on one of the instrumentals of the year when he did this freestyle. The original of course featuring a rare collaboration between Jigga and Drizzy, but despite being in the presence of such heavyweights; Chip was not phased, as he completely made the instrumental his own with his smooth, effortless flows.

The West London trio enlisted Youngs Teflon in their quest to conquer the gigantic Young Thug tune of the same name. It’s safe to say, conquer it they did, so much so that once you hear the WSTRN version you simply can’t go back and listen to the Young Thug one, without Hailie’s harmonies ringing in your ears.

Dave, the artist who has mapped out world domination from inside the margins of his rhyme book, first started out by causing a stir with his early Youtube freestyles. The Street Starz one saw Santan Dave wreak havoc over Eminem’s “Cleaning out my closet”, Dave’s insatiable hunger and fiery lyricism make for a pleasurable listening experience.

Ghetts once again delivers a rude awakening to those who continue to sleep on him with another cold performance. Displaying versatility in bucket loads, Ghetts gives us some Scorsese esque storytelling over the classic Nate Dogg & Warren G track which is brought to life by Live Lounge’s great instrumentalists.

Probably the most famous example of British destruction of American property is Giggs’ “Talkin the Hardest”, to the point where you’d be forgiven for not realising that this isn’t the original. The production, courtesy of Dr Dre, was originally created for Stat Quo, a track called “Here we go”. Giggs’ version has all but made the original redundant, his cadence and rhyme schemes just seem to fit the beat perfectly; and it as long been referred to the unofficial national anthem.

Another one of the heavyweights of the UK rap scene is Church Road native, Skrapz. Skrapz turns one of Biggie’s softer joints into one of the hardest UK rap tunes. The tune has accumulated a cool 2.5 million views on YouTube, with no visuals. The track features on his 80’s Baby mixtape where Skrapz tackles various other classic instrumentals.

Wretch featured on the very first season of SB.TV’s groundbreaking bars series, and despite there being many MCs stepping up to the plate since, none of them would knock it out the park quite like Wretch 32 did. The instrumental was probably most famously featured on 8 Mile in the last battle between Eminem and Papa Doc; however some of the older heads will know it in its original form, as the beat behind 95′ classic “Last Dayz” from Yonkers rap group Onyx.

Cadet has become synonymous with duppying freestyles, he’s tackled a range of the different viral challenges that have cropped up over the years; although it’s one of his earlier ones that truly standout.

“Slut Freestyle” saw Cadet showcasing his emotive storytelling over the haunting “Palm Trees” instrumental which originally belonged to the Flatbush Zombies, but now it’s safe to say that Cadet can call this instrumental his own.

We couldn’t leave out the Hustler’s rendition of 50 Cent’s classic “21 Questions”. J Hus has an uncanny ability to make the simplest statements sound incredibly wavey, and he often offsets this with a penchant for the simply outrageous; the fusion of the two have made J Hus the hitmaker that we’ve come to know him as.

Happy 4th of July to all of our American readers!