UK Does it better: 9 Grime Refixes of US instrumentals 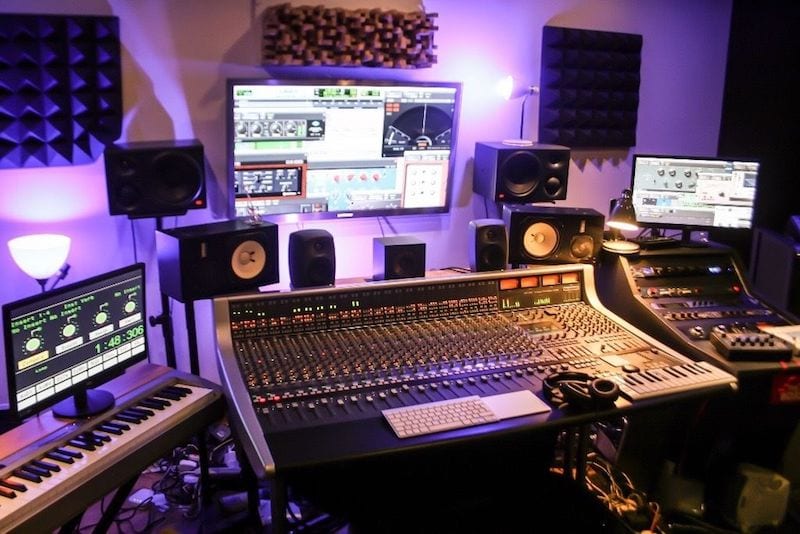 Over the course of the last two or three years, somewhat of a trend has emerged amongst grime producers – the remixing, or ‘refixing’ of American hip hop and rnb instrumentals. However, as well as these contemporary beats, grime producers have been sampling and refixing instrumentals from across the pond from very early on in grime’s life cycle. We plan to show some of the best and most infamous grime refixes of American hip-hop and r&b instrumentals from across the pond that the scene has to offer.

A classic grime beat, North London artist Skepta unbeknown to some is just as hard a producer as he is an MC. On this OG instrumental, Skeppy samples Cleveland Hip Hop collective and Ruthless Records signees Bone Thugs-N-Harmony 1994 debut single “Thuggish Ruggish”. The refixed beat would appear on none other than the legendary D Double E’s debut project, the On Tha Double mixtape, and featured Skeppy’s brother JME.

Another sick but more contemporary refix instrumental came in 2016 from Boss Mischeif. It come’s from a sample of a former member of Ruthless Records’ rival label Death Row, the legendary rapper and producer extraordinaire Dr Dre’s track “Still Dre” from his Chronic 2001 album (but unless you’ve been living in a cave for the last two decades you’ll know this).

Boss Mischeif is a serial refixer, and has produced a number of sick instrumental mixtapes, many of them featuring refixes of American beats; check out his impressive discography right here.

Additionally, this classic grime refix instrumental comes from Frett. On this instrumental Fret chops up Compton rapper The Game’s “Running” instrumental which featured on his debut 2005 album The Documentary. Lewisham MC Novelist absolutely bodies this instrumental on his Link Up Tv #PissTake freestyle. This beat came out over a decade ago in 2006, and remains one of the hardest grime instrumentals to date.

Lolingo is another contemporary grime producer who at one stage worked closely alongside Novelist during the days of The Square. This instrumental samples Amerie’s sick r&b track “1 thing”, and was put to use by fellow Square member Elf Kid on his hit single “Golden Boy”. The original song is already quite jumpy and energetic, but when chopped up and sped up to 140 BPM, it will truly make you want to turn up.

Up there with Boss Mischeif, Whack Eye is another serial refixer. One of his greaziest instrumentals in his arsenal of refixes is his refix of R Kelly’s hit single “Ignition”. The instrumental was somewhat popularised by Camden MC and member of YGG crew PK in a New Era freestyle he subsequently made into a mastered track you can watch here. Whack Eye released a free mixtape entitled Cute Chronicles: Volume I featuring a number of wavey refix tracks.

This next instrumental is currently unreleased other than on this Tim & Barry freestyle vid we have here. It comes from budding Bristolian producer Sir Hiss who has his golden fingers in more pies than just the grime scene. He’s had a huge break through in the last 12 months or so, particularly in the dub-step scene, and he’s definitely one to keep an eye on.

The sample is from a classic r&b track “Can We” by SWV, and for those reading this who are music nerds, you may be aware of Skrapz’s freestyle over the original beat on his 80s baby mixtape. Lyrical Strally is also a member of the contemporary grime trio YGG, who absolutely shells this beat down for Tim & Barry; but it will be interesting to see it on future grime sets, as well as a potential official release.

Freeza Chin is a Canadian grime producer, and close affiliate of South London MC Merky Ace’s Tizzy Gang. He went in with a sick refix of yet another Dr Dre instrumental “Xxplosive” which he released on his Soundcloud last year. The Godfather of grime Wiley, teamed up with Freeza Chin in Toronto during 2013 for a greazy mixtape set and spat over Freeza’s “Xplosive” refix which you can check out here.

If we’re talking about grime refixes of American beats, we can’t look past this classic beat from legendary producer and DJ Plastician. Plastician sampled a track from Mike Jones entitled “Still Tippin”, a rapper from Houston who was popular in the early 2000s.

The beat was used by JME, Tinchy Stryder, Lady Fury and Skepta who went back to back over the track for one of the sickest grime tracks of all time. In more recent times the track was revisited by Skepta in 2015 for a track entitled “Back Then”. The original Plastician beat came out in 2005 on the compilation album Rinsesessions Vol 1.

Finally, we will leave you with another jumpy track from one of the best refixers in the game, Whack eye. For this track Whack sampled yet another r&b classic from a legend in his own right Justin Timberlake.

He chopped up the brilliant Neptunes produced track “Señorita”, which was the first track on Justin’s 2002 Justified album, revitalising it into a grimey banger. Jevon jumped on this instrumental for his sick track “Bipolar” which you can check out here.

LADbible have unveiled a new episode of their The Eleven series, as this time Micah Richards and Jamie Redknapp go head to head. Hosted and judged by a neutral fan, comedian Romesh Ranganathan, the pair pair of ex-pros debate...