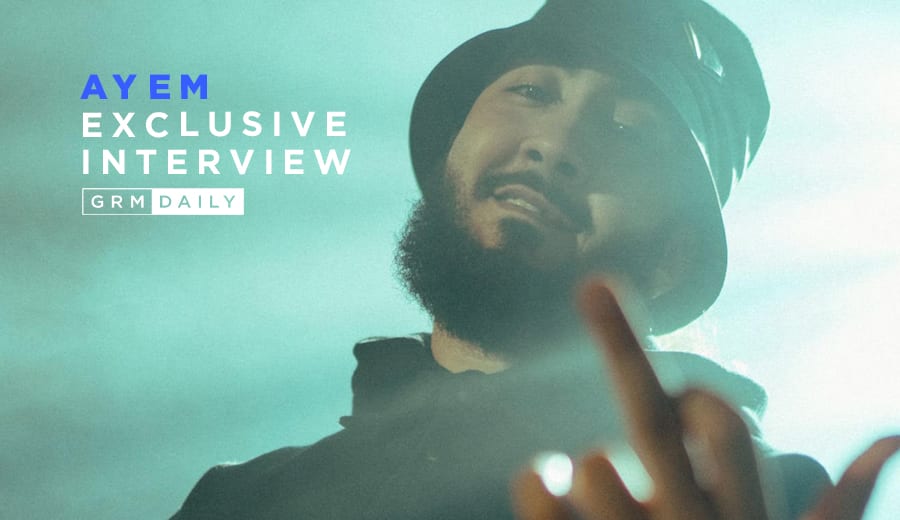 If you want to discuss melodies within the current UK trap and afro swing scene then Ali Mily, more popularly known as Ay Em, is a name that has been on everyone’s lips. Since arriving on the scene in 2017, the West London artist has been creating waves as a jack of all trades. Commanding recognition as both a master of the melodies and a lyricist, Ay Em’s talent and success is commendable. However, who is Ay Em? We chopped it up with the man behind the mic to find out what makes him tick.

How did you discover your love for music?

When did you start making music?

“I wont lie, I was a late bloomer still.  It came to me randomly when I was about 19.  Obviously everyone could write bars, you know at school you could always write bars and freestyle or whatever, but yeah at 19 is when man was like rah, I can actually make music.”

Would you say you found your sound right away, or was that something you dabbled with at 19 just figuring it out?

“Like I write for a lot of people, as a writer I like to be diverse. There’s no cap, whatever I feel musically I go, but for Ay Em there’s a cap on him. Only that region or that genre of music.”

Is there any specific reason why you’ve put a cap on it?

“I just feel like in the UK there’s certain unwritten rules you have to play by. What I mean by that is, because of the population in America it gives you the ability to be freer musically. In the UK we are very selective. It’s much more you’ve got to make what we like. I might want to make a mad left, and do a love tune, but there’s always this worry that the UK won’t rock with it unless you build yourself a mad name first.”

What was that tune/moment that made you think this is it I am strictly doing music?

“One of my first songs that I dropped that did very well was a tune called “Drug Dealer” with C Montana, it was like street anthem at one point. For like the whole year I remember, and I was like a nobody back then.

“But even before releasing music in the UK, I was releasing music abroad. With a group called ‘Tiiw Tiiw’, they’re a Moroccan group based in Belgium and France. They are massive, like real real massive. They’ve got 100’s of millions of followers. Anyway, long story short I ended up writing a song for them. They translated it to English and put me on it, released it and it got like a million views in one day in Morocco, that specific tune was doing bits all over North Africa.

“My first visual release was a tune called “Snowflake” on GRM. From that moment on, I was like yeah we’re going to do this properly.”

You are a great mix between Egyptian and Moroccan, how do your roots influence your music?

“You know what’s weird yeah, a lot of people tell me that my melodies are like very Arabic, if I can put it bluntly. I don’t really listen to Arabic music like that, I like it, but I don’t really listen to it. But it has always been there growing up, so naturally I’ve just taken that all in. So now when I go to do melodies, you can hear it straight away. Hearing all those songs in the background because of my Mum, embedded it in me from young without me realising.”

Do you find yourself representing the Arab community and is that important to you?

“100%, I’d like to. Do you know what’s weird yeah, only about month ago people knew I was Moroccan and Egyptian.

This is the first kind of time that I’ve released that kind of info on myself. People are always like he’s Asian or Iraqi, Afghan, Turkish, Iranian or whatever. I haven’t really had a chance to put my stamp on it like that. I still get questions like rah ‘where you from?’. But yeah, the moment I can I’ll definitely put on.”

So, you’re a Muslim, Masha ‘Allah. Is that something that caused resistance?

“Do you want the honest truth? With my religion it’s a very touchy subject because for me realistically I know what I am doing ultimately is wrong. To get into that is too deep.

“If you put it in a bigger perspective, what I am doing and the message I give; women, money drugs all of that kind of stuff sounds good and I am really going through it, but the message it gives doesn’t coincide with my morals as a Muslim and even then, music is haram anyway.

“Realistically what I’m doing right now is a battle of the soul, but I am good with what I do so it’s tekky.”

“Yeah, it’s conflicting, there is no way to smooth it out. It’s just plain and simple Haram. I understand why it is, and it makes sense, but boy I just need to get the bag, clean up and do other businesses. I’d like to look at music as a stepping stone, but I do genuinely have love for it that’s why I do it ultimately.”

You’ve shown elements of transparency, what type of relationship do you want to have with your fans?

“As I’ve mentioned people don’t really know much about me, I haven’t really given people the option. I don’t think up until about recently there was even a video of me just talking, anywhere. You know what I mean? So, when you put it into perspective there is that real disconnect.

“But now I’d like to connect with my fans, my family. Like to the point where if I’m feeling some kind of way this day I can just speak to my fans, like ‘yo I’m feeling like this today what do you think I should do’. That’s what I want, a real solid fanbase you know?”

You recently released the single “Back to the Wave”, the switch up in it was mad I didn’t expect it! I have to ask what was it like making the song? What does your creative process entail?

“Thank you. My process is a weird one, I think many artists do it, but everyone has their own kind of specific process.

“When I was making the drill one initially, I was like how can I touch this without making it seem like I’ve jumped on the bandwagon, but it’s still hard and it’s still me. It took me couple of hours but then I was like rah, I just need to find a pocket, the right melody. Then I just went in and freestyled the whole ting. As soon as I freestyled the whole thing, I would just pick and choose the melodies. It’s like the melodies give me words! I know it’s crazy but that’s how it works for me. I freestyle bare melodies and the words come to me randomly, your mind already tells you what to do.”

Since the GRM Daily Duppy It was clear that you can do bars, what made you opt out of the rap path in general?

“I am a melodic man. I love melodies. So naturally, I want to make what I want to hear. I love it all equally, but melodies are what hits home for me.”

How did you discover your melodic vibe?

“There used to be one youth club growing up. Obviously, we were like 18/19 and on top of the youth club there was a music studio and we used to bake off and just make tunes.

“I was just a spectator though, but because I kept going back there, without me realising I was just learning how to record. Then one day I went there, and no one was there, so I thought let me do something. It sounded whack! I said this ain’t for me, let me carry on with my life.

“I thought I deleted it, but next day I got a call like “Yo this tune is a banger!”, I remember the song was called ‘Wish I had it’. I remember I was like, yes, I need to do this, this shit is fun.

“When I really figured out I could do it, I knuckled down for a good six to eight months, no one saw me. I bought my own studio and just really learned what I needed to know. I think that’s how I became so good so quickly. Practice. Mad practice, by myself.”

How would you describe your specific sound? Melodic?

You’ve described how involved you are with all elements of the creative process but what about your visuals? Your videos are artistic, I think they take your music to the next level and I’m more inclined to watch them. Are you involved with that process at all?

“I appreciate that you know, not a lot of people tell me that about my videos. I am heavily involved, but it’s mostly my older brother, he’s a real creative. Basically, Milli Records, is me and my brother, so he gets real hands on with a lot of the visuals.

“Troy Roscoe as well, he’s my favourite that I’ve worked with, he done “Experiment” and “Birds eye”. We flew to America just before COVID hit, and we went there and banged out two videos. “

Where would you say has been your favourite holiday spots?

“It depends because obviously you’ve got the holidays where you’re trying to get loose, or the ones that you reflect on why you got loose *chuckles* you know what I mean?”

What can we expect from you in the future?

“Do you know it is? I feel like now, as much as man wants to give out music to the world, I’ve got to give me. Like vlogging, getting with people that don’t do music but are in entertainment. I want to be in your face in a good way.

The self-proclaimed melodic man, Ay Em. Catch the new single “Out of love” below. 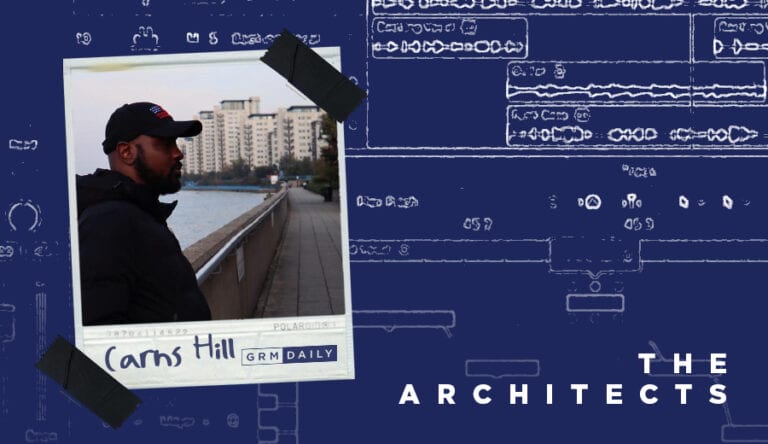 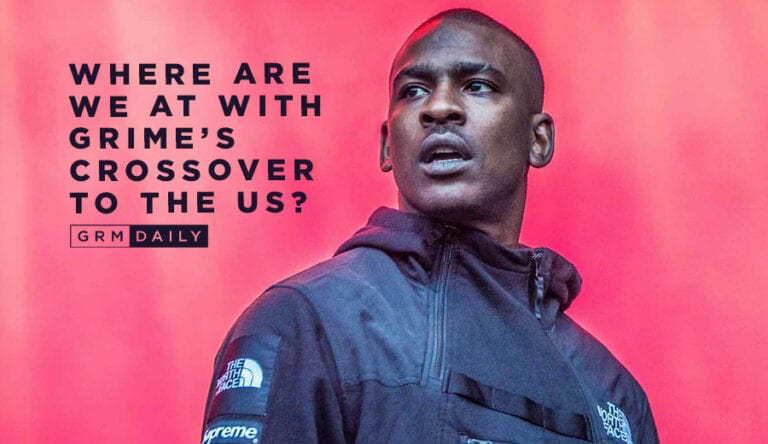 GRM Exclusive: Where are we at with grime's crossover to the US?

Travis Scott has got U.K MC’s talking. Ms Banks, Jammer and Lethal Bizzle all taking to Twitter to air their views on how the American trap stars new track “Franchise”, featuring Young Thug and British rapper M.I.A, is... 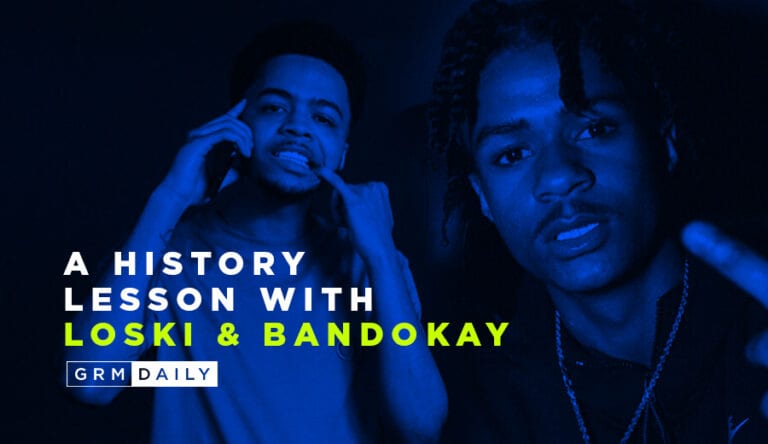