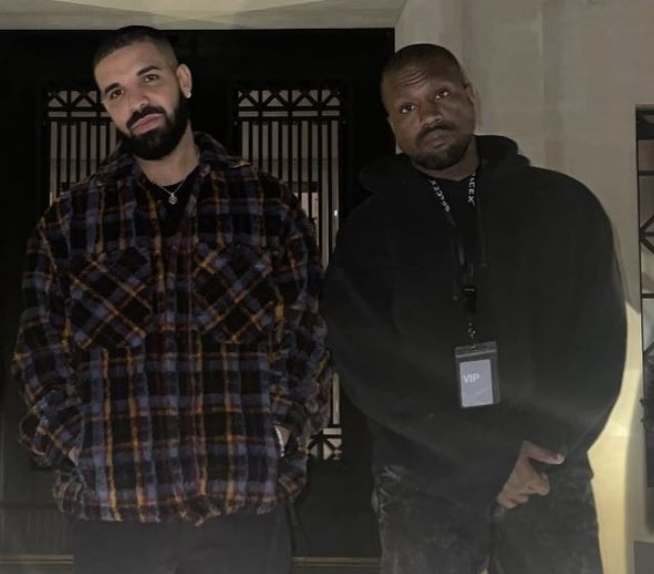 Both artists announced the reconciliation on Instagram on Tuesday night (November 16), with Drake posting a video with Ye on his page while Yeezy posted a photo with Drizzy outside his Toronto mansion.

Ye also uploaded a video to his Instagram story of Dave Chappelle speaking inside Drake’s mansion where he can be heard saying: “Make some noise for Kanye and Drake and make some noise for our reconciliation.”

The pair had been beefing since 2018 after the beef between Drake and Ye’s label mate, Pusha T, escalated following the release of “The Story Of Adidon”.

Since then the two artists have traded numerous shots at each other on tracks and in interviews.

However, last week Yeezy released an official statement towards Drake as an offer to end their beef. It’s not quite clear yet if this is what has brought the pair back together.

What we do know is the pair appeared to be in good spirits with each other last night and are finally back on good terms after a few turbulent years.