Folajimi Olubumni-Adewole: Plaque unveiled for hero who died trying to save woman from River Thames 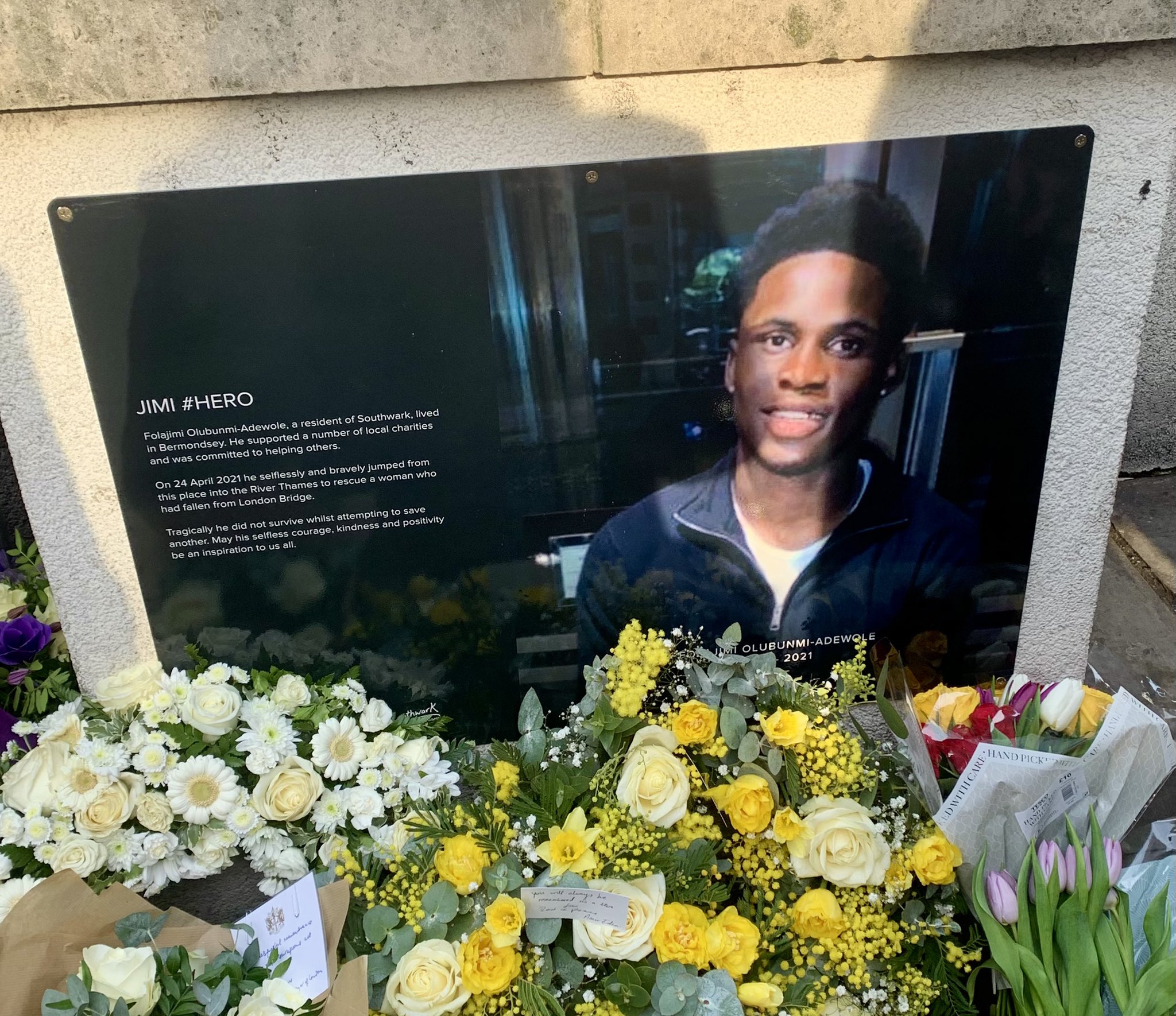 A plaque has been unveiled for the young man who died after jumping into the River Thames to save a woman.

Folajimi Olubunmi-Adewole, also known as Jimi, was 20 years old when he and another man heroically went into the Thames in an attempt to save a woman in April 2021.

The coastguard and police marine units arrived at the scene shortly after but were only able to save the woman and the second man.

Now to pay tribute to Jimi and his bravery, a plaque has been unveiled in Cathedral Square by London Bridge close to where he jumped in.

A ceremony for the unveiling of the plaque was held today (January 22).

Jimi’s mother, Olasunkanmi, said she was “so happy” to see the tribute.

“Jimi is a hero and that’s why everyone has come here today,” she said. “I’m so grateful.”

The Mayor of London Sadiq Khan, also attended the ceremony, described Jimi as a “symbol of light”.

“Jimi Olubunmi-Adewole’s extraordinary act of bravery, jumping into the Thames to rescue a woman from drowning, will never be forgotten,” Mr Khan said. “This plaque unveiled today means the city which mourns Jimi will also never forget him.”

The plaque is the latest tribute for Jimi who was nominated for a Royal Humane Society Bravery award in May 2021.

As a means to keep his legacy alive, his close circle of friends have also gone on to release posthumous singles from Jimi – who rapped under the name Jstizz167 – such as “Hard Days”, “Homie” and “Let You Know”.

Jimi’s best friend Bernard Kosia, who was with him on the night of the tragic incident, said he’s “at peace” now that the plaque has been unveiled.

“I didn’t just lose a friend, I lost an adviser, I lost someone I could take comfort in,” Bernard said. “Being able to see the plaque, and being able to share this moment today with everyone, means everything to me.

“Standing here today knowing that this is for him, and that he can live on even when I’m dead, I’m at peace.”

“He made me into a better man. I want to say thank you, Jimi.”