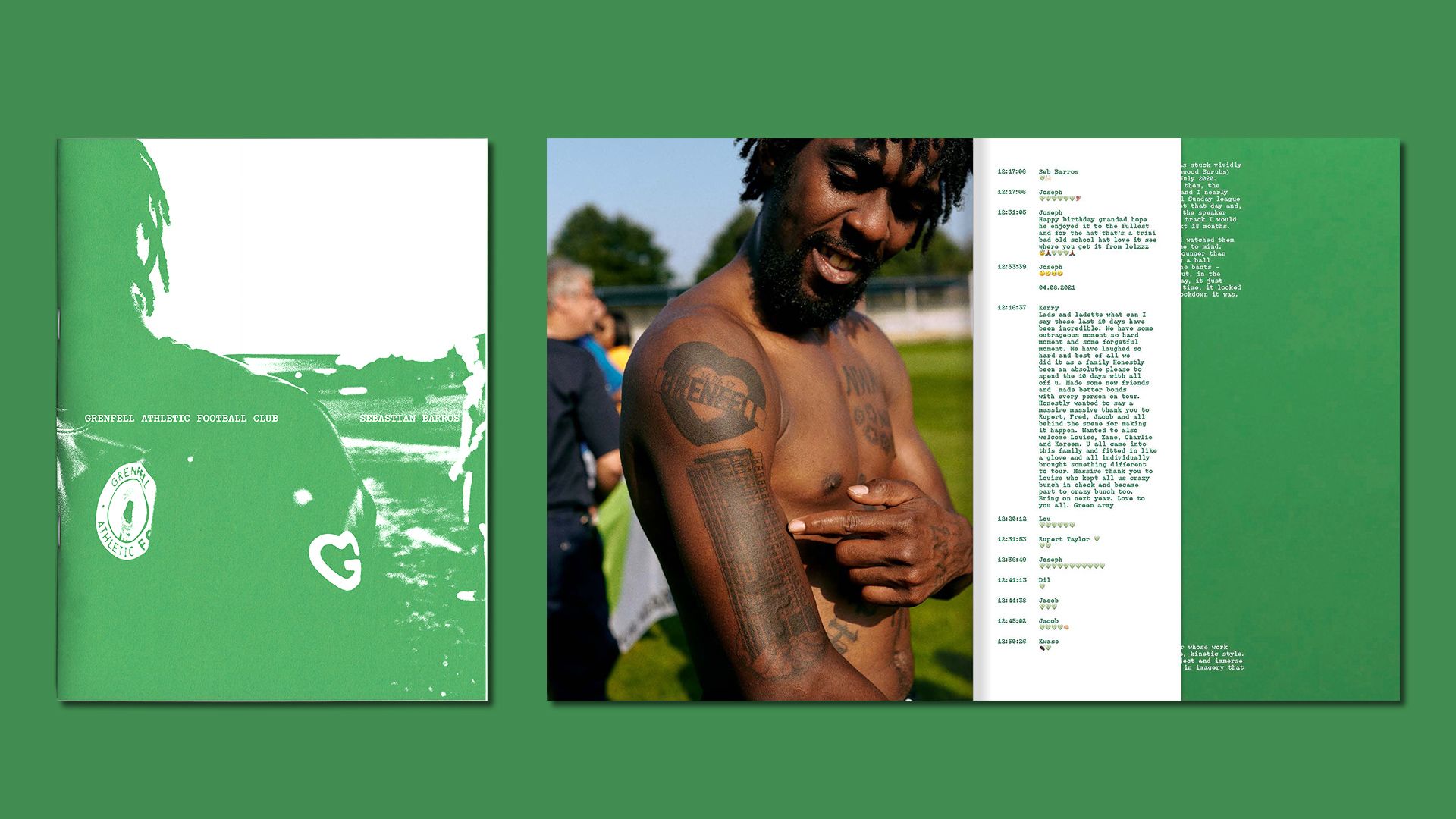 A new photozine has been published to mark the five-year anniversary of football club, Grenfell Athletic F.C.

Created by London-based photographer Sebastian Barros, the limited edition photozine is made up of photos taken from Grenfell Athletic’s 2021 pre-season tour, with the book reminding us of the Sunday League club’s spirit, as well as the people behind the headlines.

All profits made from the book will go into the future development of Grenfell Athletic F.C – which was founded by Rupert Taylor in 2017 shortly after the tragic fire to provide the west London community with a positive outlet to help them get through a traumatic time.

“The Grenfell team have always made me feel part of the fam, and that’s what I wanted to communicate with this zine,” photographer Sebastian Barros said. “It was important to me that their voices were included from the outset, that the reader got the sense of the different personalities and that they too felt part of the group, their world if you will.

“That’s why I wanted to feature the messages from the WhatsApp group prominently.  I wanted the players to have real agency within the story, to be active voices. That coupled with the more intimate BTS style imagery felt like the right way to tell this story.”

The photozine is priced at £12.50 and will be available to buy here