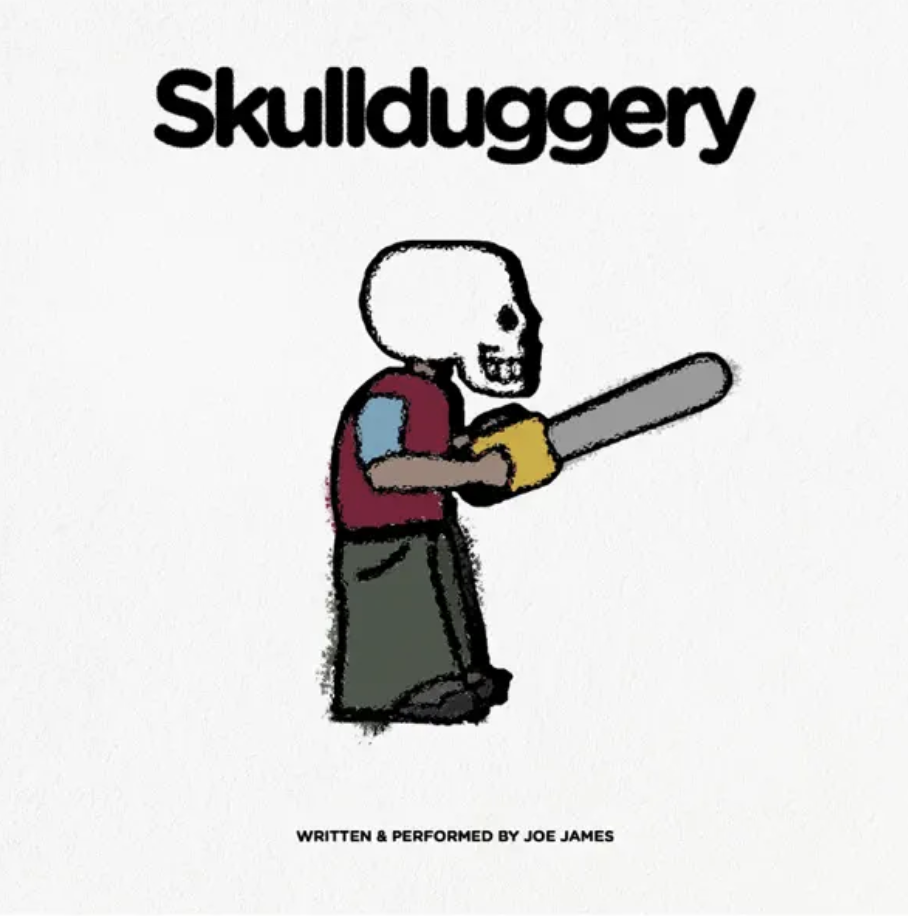 Joe James is the gift that keeps on giving as he’s now released his fifth project of the year titled Skullduggery!

This new project from Joe James comes complete with seven original tracks which are all infused with a sleek rap sound.

Skullduggery is dominated by Joe’s distinctive cadence but the project also hears contributions from a number of artists including Bueno (“Ronaldinho)”, CHIROVAMUTANDA (“Brick To Bush)”, Ashbeck (“Moloko)” and Bro (“Free Bro Outro)”.

With the tape being Joe’s fifth project of the year – following CRAWL, Pure Connery, BRUCE and Get Money, Go Missing – the London rapper has been keeping busy all year and with five months left of 2022, we can expect him to keep up the work rate for the rest of the year too.

Have a listen to Skullduggery in full below!