Gamers are desperate to know if the PlayStation 5 will be Sony’s last ever console following speculation from industry insiders.

According to the CEO of PlayStation, the rumours might, unfortunately, be true. During an interview with CNET, Playstation’s CEO Jim Ryan responded to the speculation that the PS5 will mark the end of Sony’s physical console era which began in 1994.

Jim Ryan said, “I actually don’t know. I’ve been around a while, and I sat there in 2012 and listened to all sorts of smart people tell me about mobile and that the PlayStation 4 was going to be the most terrible failure ever. The logic was actually hard to fault. But we believed in that product then, we believe in this next generation product now”.

On Playstation’s future, Ryan said, “who knows how it might evolve? Hybrid models between console and some sort of cloud model? Possibly that. I just don’t know. And if I did know, I wouldn’t tell you”.

The news comes after the announcement that Sony and Microsoft were joining forces to develop streaming and artificial intelligence technology.

The original press releases said, “by working together, the companies aim to deliver more enhanced entertainment experiences for their worldwide customers. These efforts will also include building better development platforms for the content creator community. Sony has always been a leader in both entertainment and technology, and the collaboration we announced today builds on this history of innovation. Our partnership brings the power of Azure and Azure AI to Sony to deliver new gaming and entertainment experiences for customers”.

Many predict that the Xbox and PlayStation will merge into one console following this collaboration between the two tech giants. With Xbox fans and PlayStation fans being long-standing rivals, the possible collaboration was met with intense scrutiny on social media. Read more about this here.

As we keep you updated with this story, click here to see our coverage of the latest PS5 reveal. 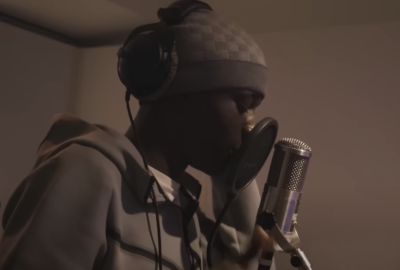