Staff picks is back for another week, bringing you some of the hottest new tunes that we love and recommend in the lead up to Christmas.

Novelist makes his return with “Calm”. He spits gritty on the sinister sounding beat but interestingly, the content of the bars are the complete opposite. With Nov having shown in the past that he can come with the speediest of flows, he slows it done in this one but nonetheless still shells.

With Tweko and Sebz on the beat, they provide a drilly hard-hitting beat that’s perfect for this allstar link up. “The Coldest Link Up” sees some of biggest names in drill from all over the UK lay down a cold set of bars. Combining all of the rapper’s signature styles, this gives you everything you could want from a drill tune and more.

“The Coldest Link Up A.K.A Drills own version of “London’s Calling”. With some of the best rappers in the scene congregating throughout the track it’s by far a brilliant concept showcasing diversity across Birmingham & London” – Amal Al Tauqi (Writer) (@altxuqi)

Showcasing his impressive vocal range “Count On Me” sees Dappy get heartfelt. Singing seamlessly and spitting passionately, this one is successful in leaving a mark. With only the backing of a live band, the “Oh My” rapper proves he can do it all.

“Dappy again shows how versatile he is an artist, if that was Ed Sheeran doing this record it would be Top 10 in the charts easily!” – Mehul Bhatt (Writer) (@thisismehul_)

Straight off his second studio album I am > I was is this intense banger. As the intro to the album “a lot” sees 21 Savage question himself and reflect on his life experiences up until this point. The Atlanta rapper calls on J.Cole for the feature who is equally as raw, the two pairing very well together on this track.

“If there’s two things I love it’s a soulful sample and a J. Cole feature and this track has both of those things.” – Courtney Wynter (Weekend Editor) (@cwynter_)

This one is fresh off A Boogie’s second studio album Hoodie SZN, “Just Like Me” is a short and sweet track. With a mellow beat that intertwines piano tones on the hook, this track sees A Boogie jump between soft and hard-hitting flows. It’s a realistic love song, that sees the New York rapper call on Young Thug for the feature – who undoubtedly lays down fire bars of a similar theme.

“Having Thugga on this track makes so much sense, the two pair well together. It’s one of them tunes that’s so sweet that it makes you think you can sing too”- Shante Collier-McDermott (Writer) (@shancolls)

Wale’s latest track sees him spit in a style reminiscent of his earlier music. The D.C rapper flows over an old school hip-hop type beat flexing his lyrical prowess. Sampling Nas’ “Thief Theme”, Wale comes with a comparable energy – with the theme of “Winter Wars” making perfect reference to the old Nas banger.

“There’s nothing I love more than a surprise end of year drop and Wale’s drop of two singles was exactly what I wanted. The bassy beats on “Winter Wars” makes it my personal favourite from the pair” – Alice Moodle (Writer) (@musicmoodie)

Ay Em enlists Tion Wayne and Cadet for this one, both guest features laying down fire verses. “Trendy” is an upbeat braggadocious tune with a summery feel with Ay Em on the hook its track that’s bound to have you bopping.

“Trendy bringing together Ay Em and Tion Wayne with Cadet brings us a tune with banter and a fun vibe, it’s a successful link up on this one” – Ayan Khaire (Writer) (@_sk_ox) 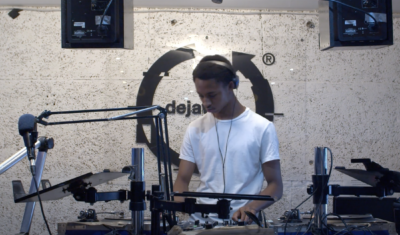