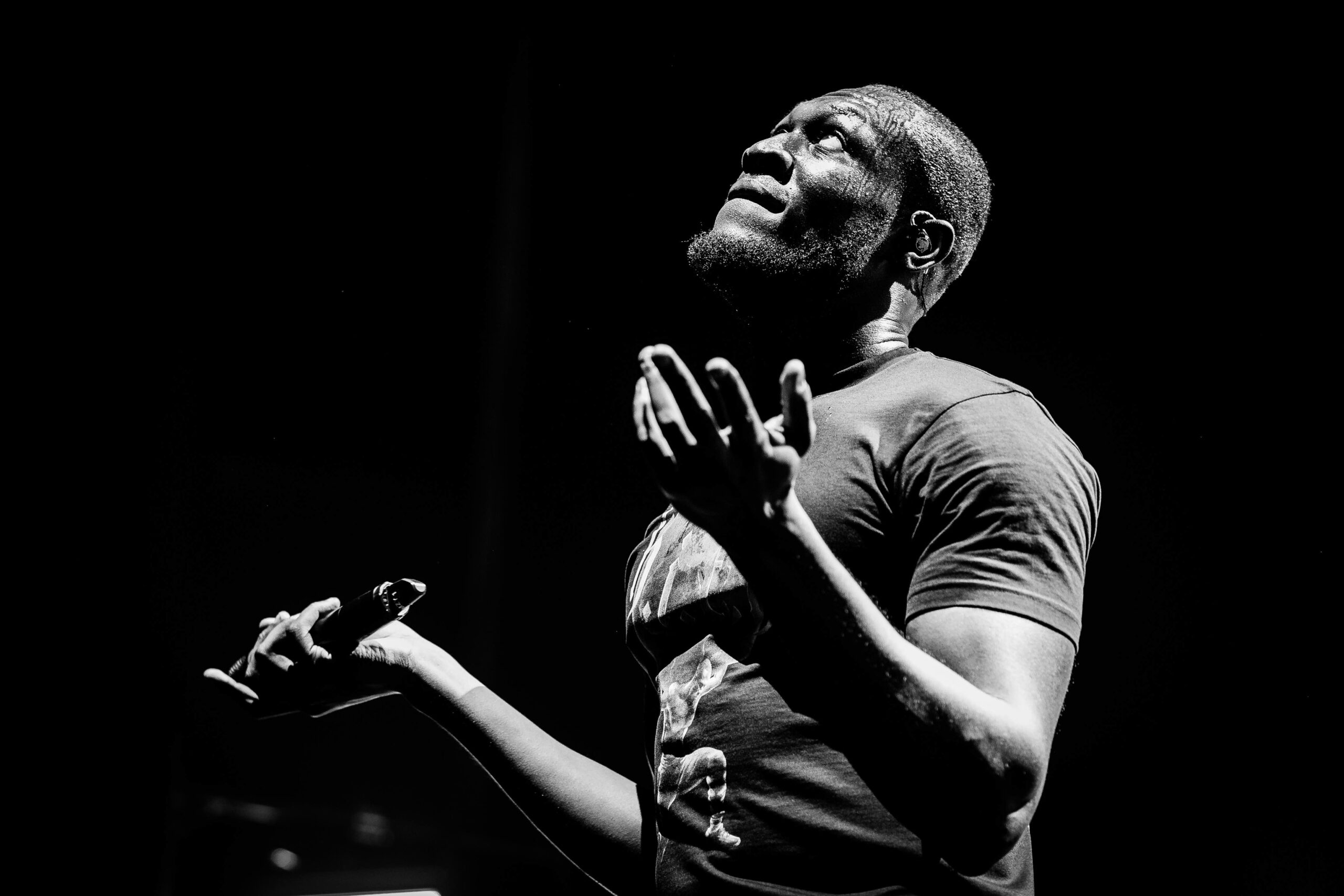 Covid had laid many plans to waste over the last two years; holidays, weddings & of course gigs all fell victim to the crippling global pandemic. Stormzy was supposed to embark on a landmark world tour, after releasing his number one album Heavy Is The Head, which Included two sold out dates at the 02.

Finally rescheduled two years later, the man from Croydon was poised to take centre stage in one of London’s biggest venues. The importance of this alone cannot be overstated, as we’ve hardly any of our own grace the fabled stage as the headline act, so the Stormzy double header was a huge moment for the scene as a whole.

As trains pulled into North Greenwich station and offloaded hordes of Stormzy fans, it became clear before we’d even stepped foot inside the venue, that Stormzy was operating on a completely different plane to most other artists in the UK.

The pulling power he had certainly hadn’t waned during the pandemic, as the show proved to be very much a family affair, mums and dads with adoring children in tow were the occupying force by some margin.

Once inside, we were welcomed by the sounds of Remi Burgz & Rachel Ansah, who Indulged us with a set that provided us with an impromptu history lesson, serving up a plethora of hits from the last few years, reminding us just how good the music is, a refreshing reminder amidst the negative echo chambers we sometimes get caught up in on social media

The absence of an actual support act was barely felt, due to Remi’s high octane performance, and by the time the lights dimmed to welcome South London’s biggest artist, the crowd were primed and ready.

Stormzy cares. Everyone knows he cares about the craft and his fans in equal measure. Before he’d even appeared on stage, it was apparent that this was going to be no ordinary show. The work that went into designing the stage was immense, and you were immediately, and consistently drawn to the incredible graphics which bolstered his electric performance throughout the night.

When Stormzy emerged, and “Big Micheal” bellowed out of the speakers, the raucous welcome Stormz received was exactly what you’d expect from a homecoming show of such epic proportions. As Stormz moved through his catalogue with ease, his energy never dipped, and surged throughout the venue as he performed cuts like “Audacity”, “Know me from” and “Own it”.

What was most striking was how much the religious overtones resonated with the audience, when we’re supposedly living in an era where religion and faith is in decline. Or maybe it’s just further credit to the appeal Stormz has, that anything he utters will be completely embraced by the fans.

The lack of any guests, apart from Dave popping up to perform “Clash”, was certainly purposeful on Stormz part; no doubt keen to show he’s more than capable of holding down a venue of this calibre on his own.

During a break between songs, we were treated to some behind the scenes footage of the recording process of Stormz’s third album, it looks to be the album he’s been waiting his whole life to make, due out this year, he’s sure to stake his claim at the top of the scene once more.