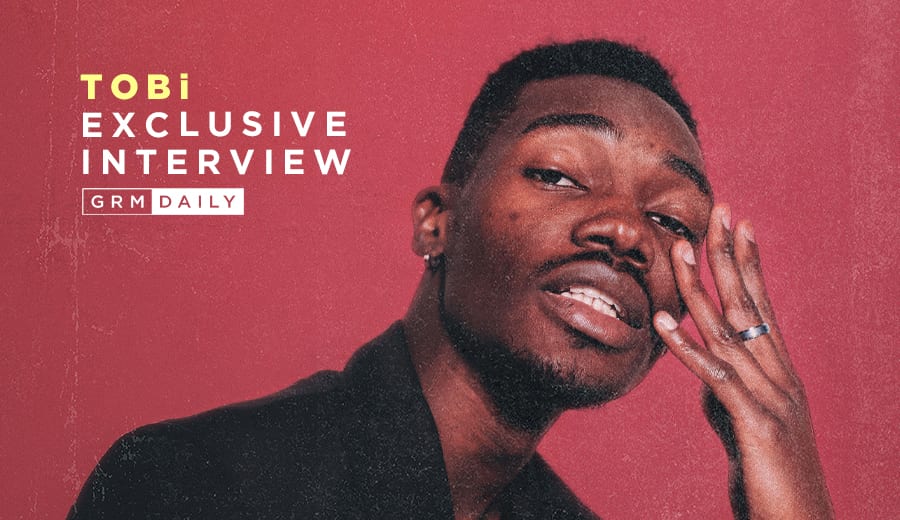 TOBi has had an impressive start in the music scene so far and we got to sit down and talk about his journey in the industry, his musical inspirations and the release of his latest album, ELEMENTS Vol. 1, as he introduces the 10-track project to the world.

After making his music debut in 2016, Nigerian-born and Canadian-raised TOBi, born Oluwatobi Feyisara Ajibolade, has come a long way displaying his talents and unique sound, amounting to millions of streams with his first album, STILL+, which dropped in May this year.

He has since built up a loyal fan base and continues to showcase his creativity in the best way he knows how. So, first things first, we took it back to where it all started, as we asked the recently-turned 27-year-old artist how it all began:

So, you were born in Lagos, Nigeria and then moved to Ontario, Canada when you were nine years old – do you remember what kind of music you were listening to during that period of your life?

“I was big into the music that the Nigerians were making at the time like Sunny Adé and just the classic sounds of Nigeria for sure. I listened to a lot and had a lot of influences, I even remember like Craig David, when “7 Days” dropped, that was one of my favourites. I was such a kid too, but it was what my family and my cousins were listening to, you know.”

What inspires you from your Nigerian culture and Canadian upbringing that goes into your sound?

“Definitely the fact that my network is so diverse. I was born in Nigeria but I’ve got family all over – I’ve got family in the southern United States, like Texas. I got family in Canada, all over the UK and growing up being influenced by our close ties, it comes out in the music and the language. Music is like the language, the swag, the vibe, I don’t overthink it, I just do what feels right to me.”

Who would you say are your biggest musical inspirations?

“Biggest musical inspirations would definitely be Kendrick Lamar, Marvin Gaye, Frank Ocean, Andre 3000, Sade and I’m gonna round it off with Jay Z.”

So, ELEMENTS Vol. 1  dropped on October 21st – do you feel it was a different process to put together than your first album?

“Yes, it was a different process because this one, I wouldn’t even call it an album like the first one, you know, this one is like a canvas where I’m tapping into the different sounds that influence me, the different concepts. So, I’ve been calling it like my Lil Wayne’s ‘Dedication’ series, I wanna keep it going as I keep growing as an artist.”

Do you have a favourite track on ELEMENTS?

“Ooh, that’s tough. Cause I like them all for different reasons, it’s about the mood, right? But right now, I would say my favourite is “Dollas and Cents”, in this particular moment, just because of how it came about. I linked up with Juls just off the strength of the internet and both of us being fans of each other as creatives and the African diaspora and I cooked that song up. It was one of the easiest songs that I made, it was just real-life, it just felt natural to rhyme on that cadence. The cadence has that Afrobeat, so it felt like going back home. It felt like I went back to Nigeria.”

Do you listen to any artists from the UK? And are there any you’d like to work with?

“1000%. There’s two sides I listen to, I listen to like the older grime artists who started it like Skepta, JME, Wiley; but I also like the new school like Dutchavelli, J Hus, Dave, Aitch, Young Adz, Chip, Headie One. I like all those, they’re hard. They’re all crazy rappers, they all know how to rap.

“I think would definitely work with Dave, you know, with the lyricism, he gets introspective, I think we could definitely body something together. Definitely Mahalia too, just from her songwriting perspective, she’s a beautiful songwriter. Kojey Radical too, he’s super cold.”

What about non-UK, are there any producers or artists that are on your bucket list to collaborate with in general?

“Yeah 100%. Producers I’d say Thundercat, Ty Dolla $ign, James Fauntleroy for sure. Artists? Rihanna, SZA, Kendrick of course, those are the ones for me that I’d really like to work with.”

Your career is really taking off in Canada/the US, but if you had to introduce yourself to someone in the UK who hasn’t listened to your music before, how would you describe your sound?

“I would call it unapologetic soul music, that’s the way I would to describe it. The reason why I say ‘unapologetic’, is because it’s just me, and it’s me being true and honest with my sound. That’s why I got R&B songs, I got songs that sound like Afro-fusion, grime, hip hop, because that’s what I listen to, that’s what I am and it’s part of my identity, so I gotta put on for it first and foremost. And then I call it soul music because that’s where it comes from you know?”

Have you put any thought into where you’d like to do shows after the current situation settles down a bit?

“Yo, I’m definitely trying to do shows in Europe. I feel like in the UK I’ve been getting a lot of love for my music, even last time I was there in October last year, I was just at the shopping mall and some people hit me up like, ‘yo, what are you doing out here? Are you doing a show?’, but I wasn’t doing a show at the time. They were like, ‘you’ve definitely gotta come back because we’re fucking with it’, so I definitely wanna do some shows out there. Big up to people who have been supporting me out in the UK man, it’s been a lot of love.”

“My goal is to be one of the top hip hop artists in the world, that’s the goal. Spread the message, spread the music as far as possible. I’ve been working at this, like even behind-the-scenes, I’ve been working on this music for like 10+ years, you know. So, even though I’ve only been putting it out publicly for the like the past 2-3 years, it’s been a lot in the process, so I’m just trying to solidify myself in the game and I think I’m doing that right now with ELEMENTS. I just wanna keep that up and just spread the vibes worldwide.”

Where do you see yourself in the next five years?

“Ooh, I like that. Well, for sure I definitely see myself as one of the leaders in the music industry as far as artists go. Having a dedicated fan base and putting out consistent music, and once I’ve solidified that as an artist, I can make my moves to go back and give back to my country, Nigeria. That’s my long-term plan – to help my country in the best way that I can, for sure.

“The love that I have for this music is so powerful to me, it’s such a powerful art form and I think it really connects people across the Atlantic Ocean, and I got a lot of love for the artists and the people in Europe, in the United Kingdom, and just get ready for me.” 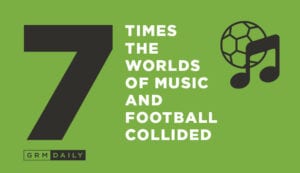 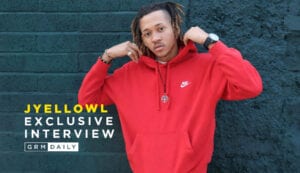