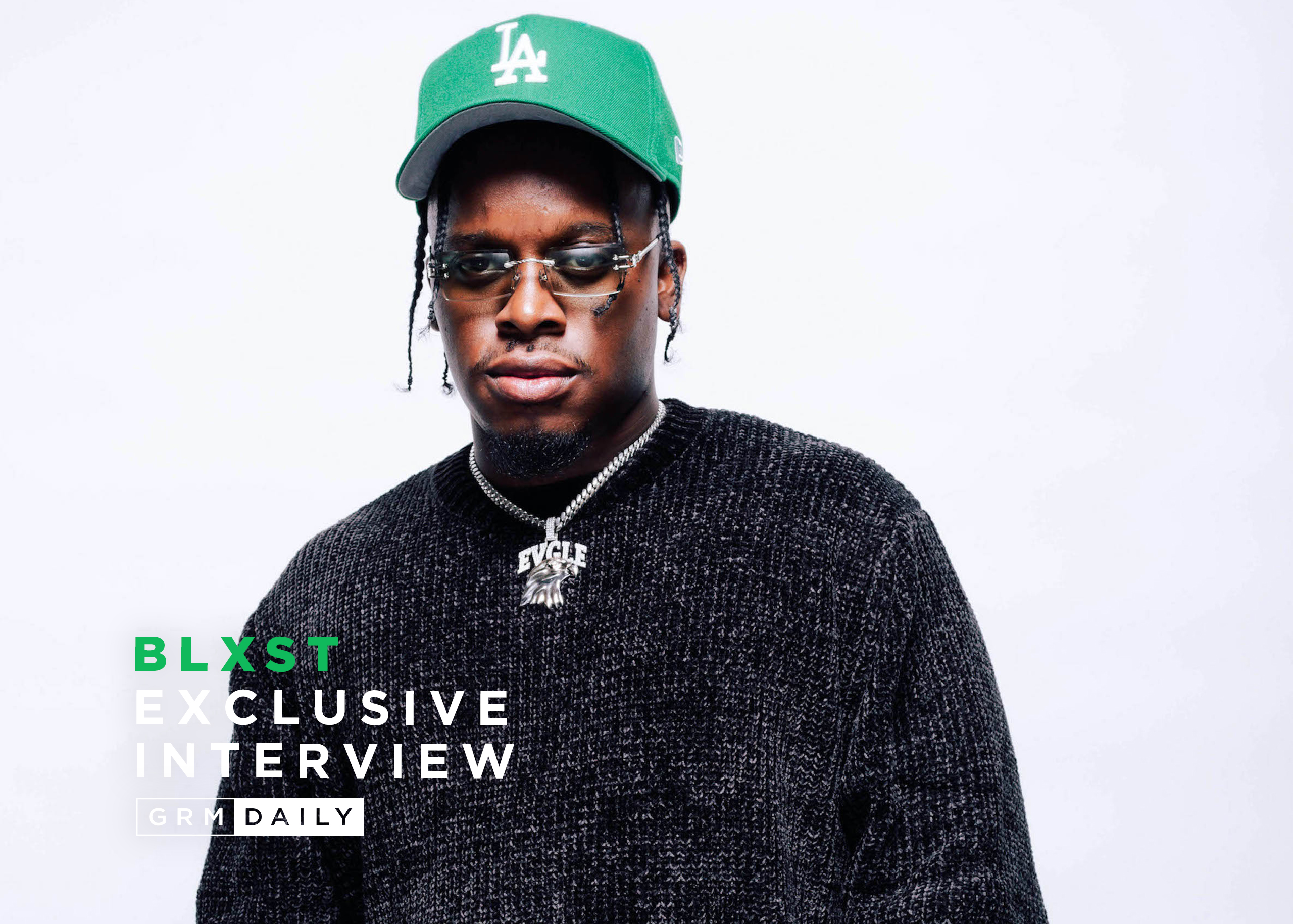 2020 seeing the LA based artist catapulted into the spotlight with a widely acclaimed debut solo EP and deluxe edition doing the rounds – 2021 was bound to be an elevating year for Blxst. From sold out tour dates to social viral moment, to performing Tonight on Jimmy Fallon, the multi faceted talent has made his mark.

In light of him playing 2 sold out shows at Electric Ballroom in Camden back in October, we caught with Blxst to talk about his success and the journey to this point.

Los Angles born and bread, his West Coast flair flows throughout his artistry. We asked Blxst more about about his experience growing up in LA shaped him. His time split between a strict household and Inland Empire vastly differing.

“LA for me was cool growing up, I felt like I had two experiences. One half of my life I lived with my mum in South Central LA, was more strict and religion based, I grew up Jehovah’s Witness, my grandparents stayed there too in the back house so yeah, was more strict. But when I moved with my Dad to the IE which is like an hour away from LA, there was more freedom, my dad just let me roll around and he didn’t really check my homework, he still worked in LA, so when I got out of school I would have to have to fend myself, that’s where I learned to be independent”.

For a lot of people their childhood is the connect to their love for music. A lot of people mention their upbringing and music in the home being a big part of their inception. When did you first know that music was something that you wanted to do?

“Music has always been in my life, my mum used to play Erykah Badu, Lauyrn Hill and Jill Scott on our record player. But I didn’t feel like it was for me until I got older, and I tried it and it felt natural. It didn’t feel like I was forcing it, and when I heard my voice back after recording the first time, I just fell in love”

His innate talent and organic love for music shown in the way Blxst draws for his samples and incorporates interpolation. As showcased on one of his biggest songs early songs “Overrated” which flips Donell Jones’ classic “This Love”.

Also done seamlessly on tracks like “Wrong Or Right” which makes a subtle nod to Hip Hop veteran Ja Rule. His music career starting off in production, Blxst quickly found himself crossing paths with greats.

So you started off as a producer, working with some big names, like Kendrick Lamar back in 2014. Tell us a bit about that?

“That was crazy because Kendrick Lamar, he jumped on it. It was originally a song from these guys called Hitta J3 and Kendrick is from the same city, Compton. So when he jumped on the song it was unreal, that was my sisters favourite rapper as well. It was a little braggadocios moment that I had with my family early on. That gave me confidence to keep going, around that time I was kinda insecure about my production, I was new and to have that accolade early was reassuring”.

“I used to always be on Youtube watching Kayne West be in the studio songwriting, making a beat, Ryan Leslie, Pharrell, so early on I kinda viewed myself as more than just a producer, an artist, I wanted to attack every angle and not limit myself. I’ve always had an open mind as a creative”.

“Hurt” came out in 2015, its listed as your first official single. Was it actually?

“It was one of the first early on, I wouldn’t say the first as I had released others but it was the first to get momentum”.

How was that, having the song blow up & quickly build momentum?

“It was different because it was organic, no push behind it, no money behind it, it was my first song that reached over 1 Million streams, so that song always meant a lot to me. That’s why I put it on No Love Lost as well, it was a transition moment for me. I was having my son, my partner was pregnant at the time, so I just felt like that was a transition. “Hurt” saw me shift into another gear”.

Now with several anthems under his belt. You can catch him appearing alongside Toosii, Flo Milli, Coi Leray, DDG, Lakeyah, Iann Dior, Rubi Rose, Morray & 42 Dugg on the XXL Freshman 2021 class. This year saw Blxst hit several monumental milestones. We asked him how that felt.

So XXL 2021, that is usually the point of real recognition that artists look towards. How did that feel for you?

“I felt like it was too early when they announced it. If you look at the list, I’m like the least popular artist on that list. So that goes to show the music will speak over everything, I commend them for even putting me on there. I’m sure there were other artist more popular that could’ve been on there but the music speaks over everything”.

Blxst’s debut EP No Love Lost released in September 2020, features eight tracks including smashes like “Be Alone” and title track “No Love Lost”, upon receiving an abundantly positive reception, a deluxe edition followed in December. The extension of the project featuring one of the songs of the year “Chosen (ft. Ty Dolla $ign & Tyga)” which harbours a massive 179Million+ Spotify streams to date – taking over TikTok this summer in true 2021 fashion.

Congratulations of the success of the EP! With the deluxe, it felt like it was packaged as an album. In terms of EPs, Mixtapes, albums … what do you feel best suited to? In recent times the rules of releases have changed. What was the thought process in releasing an EP?

“The lines are blurred nowadays, they’re all on dsps but I really wanted to give a teaser, this was my first project and I didn’t want to give too much. Originally it was eight songs before we did the deluxe and we kind of broke the rules because nobody does a deluxe for an EP. It’s a new age where we can do what we want to do, it worked in my favour putting out the eight songs, and the deluxe was the full entree”.

You had some huge collabs on there. Ty Dolla, Tyga, Dom Kennedy. How did those come about?

“Its crazy because the original EP had no features, the features was off the back of the success of the EP. The Tyga feature, Dom Kennedy .. was them reaching out like I like your project and I wrote back to them to ask if they would mind doing a verse and we made the deluxe. Full circle moment”.

Speaking of Dom Kennedy, you’ve worked with a lot of LA artists, YG,  Bino .. Is working with people from your city something that’s important to you?

“The love I have for my city is definitely different, I want to highlight the talent close to me before anything. I feel like there are a lot of talented people in LA that people haven’t seen, and that’s why I feel like working with people amongst you is important. We gotta represent the city together”.

Another LA native you’ve touched base with is Snoop, saw that you guys performed together. He’s a legend, how was that?

“It was crazy, I met him two weeks before that happened, the whole moment for me was crazy. Some of my family are from Long Beach which is the same city as Snoop Dogg, so he’s their favourite rapper, that’s who they grew up listening to. So it was a surprise, I brought my family to show and brought out Snoop Dogg and everyone was was like oh my God”.

Gracing Electric Ballroom with two headline shows, Blxst recent trip to London was met with excitement. Fans queuing down Camden High Street, eagerly awaiting entry and what would go onto be an infectiously vibe-filled show for new and old supporters alike.

First bubbling with “No Love Lost”, transitioning to drops like “Got It All” and circling back to older tunes like “Hurt” and takes from he and Bino’s collaborative Sixtapes. Joined on stage by West London’s finest, WSTRN who delivered cult classics “IN2” and “Texting”.

Incredible sing along scenes, with the crowd all the way tapped in. The LA superstar closed out the show with an eruptions of cheers, hits “Be Alone” and “Chosen” the icing on a tasty cake.

After an effortless display of showmanship, we were keen to talk to Blxst about performing.

So performing, do you enjoy it, I know some people have to grow to like it?

“Performing is my favourite part of all of this stuff, if you know me, I don’t really talk a lot, I keep a lot to myself, I’m an introvert. When I’m on stage I feel like a superhero, something just takes over my body, its like an outer body experience, the energy from the crowd, it feels like that’s where I’m supposed to be”.

What would be your dream venue?

What about artists over here, who have you been listening too?

“I’ve just been put onto J Hus, he’s fire, Dave. That’s who I’ve been bumping, even getting more tapped into WSTRN’s catalogue has been cool. Another artist I found out about S1MBA”.

Talk to us about EVGLE, I know you signed a deal with Redbull last year how did all of that come about?

“At first Eagle was my nickname, my homies would call me BLA the Eagle because I said it in a lyric. Later down the line I made it a clothing line, I would just make shirts, small amount of shirts and they’d sell out and as I developed myself as an artist ,I felt like it was bigger than just me.

“I wanted to create something where I could put other people in the position to win as well. My team, manager, cameraman, tour manager, my attorney, we just wanted to take it to another level and create our entity which is EVGLE today. It’s basically an incubator for other producers, artists to come together as well”.

So do you plan on signing acts?

Dead or live, dream collab, who would it be?

“I’m gonna have to say someone crazy like Bob Marley. His voice is just rare, raw and free. Even to just have a conversation would be cool”.

So of all the music you’ve ever produced or worked on was in a fire and you could only save 3 songs, what are you saving?

What can we expect in the future?

“Got a full length project coming up at some point, but I really look forward to getting my mum a house and kick back and take it all in, enjoy it. So I can speak on it in my next project, the progress and everything I’ve been experiencing”.

No Love Lost EP (Deluxe) is out now and available to stream on all dsps. Also check out Blxst’s brand new single “About You” HERE. 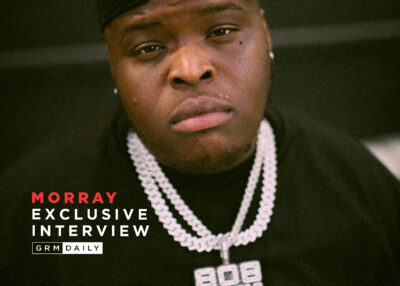 Take in our latest interview with Morray!... 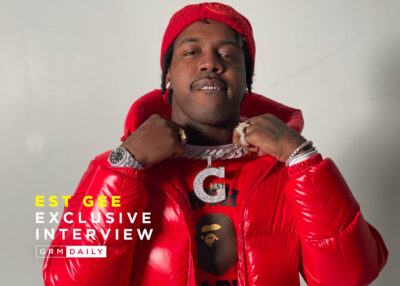 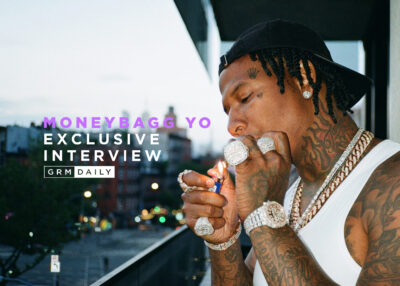 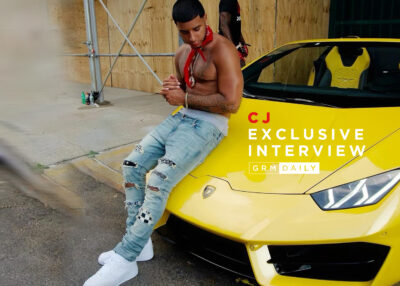 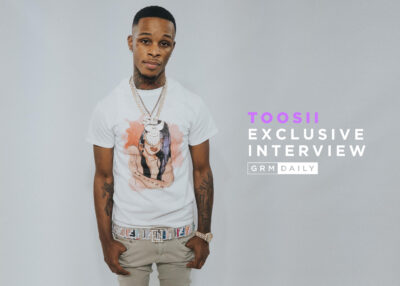 We chop it up with Toosii...