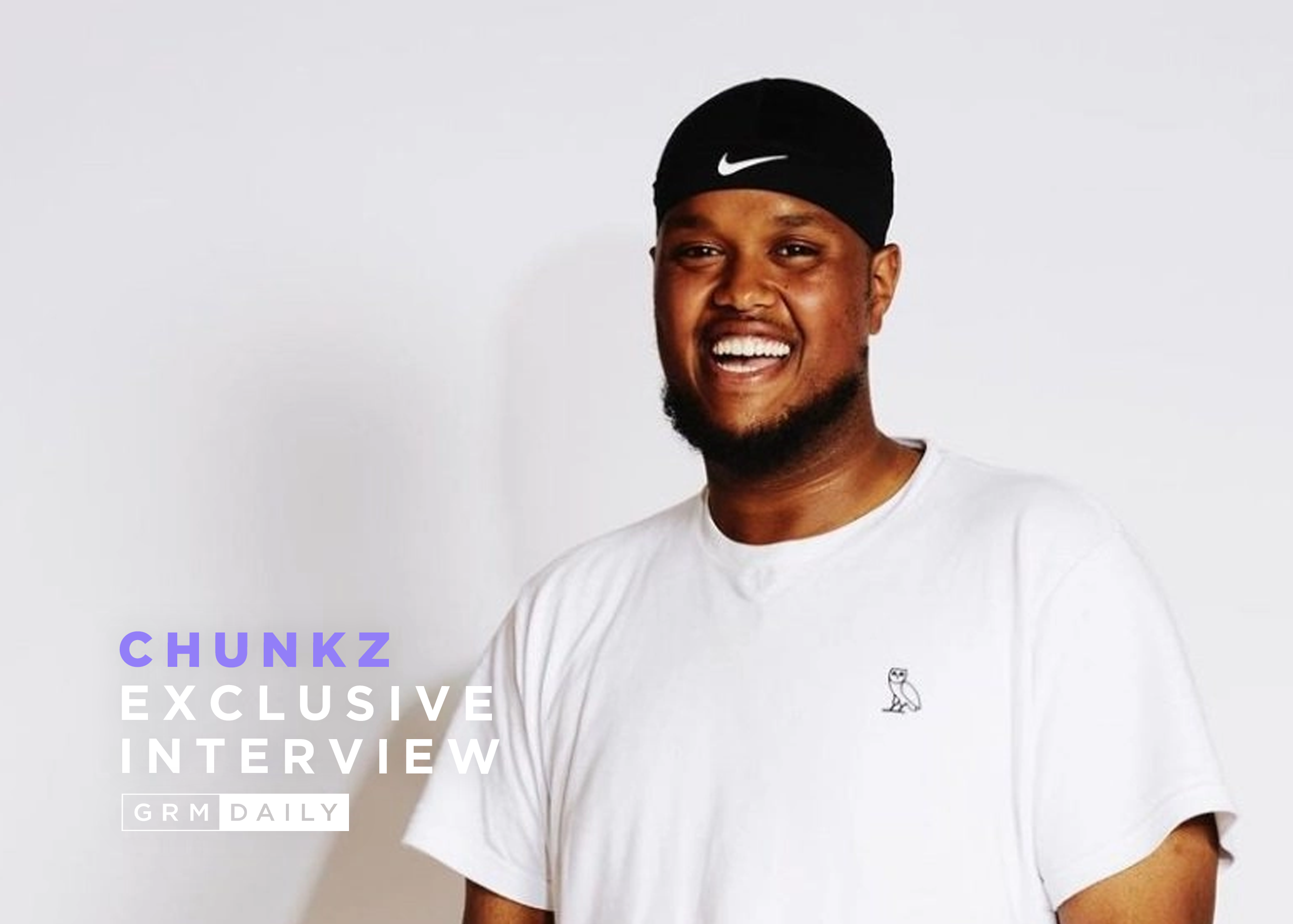 Perfecting your craft is a process which requires time, patience and consistency, something rising personality star Chunkz has had in an abundance.

It’s been accolade after accolade for the North-West talent who’s been humble with his successes thus far. The past 12 months have seen Chunkz bag the GRM award for ‘Personality of the Year’ – A well-deserved achievement after showcasing his talents and versatility with content created for YouTube, Sky Sports, ITV and more! He’s also hosted the prestigious MOBO awards, cementing himself as an established member in the entertainment industry for years to come.

Chunkz is a firm believer in pushing for goals, and his latest achievement comes in the form of his inspirational weight loss journey! The transition is clearly visible as he took the stage for his second appearance at Soccer Aid, gracefully gliding across the Etihad Stadium, proud to be where he is at this stage of his career.

We spoke to the infectious comedian and touched on his fitness journey, current career highlights, who has the best Daily Duppy freestyle and much more! As we get to know Chunkz and what has drove him on to be so successful.

Chunkz is collaborating with The Gym Group to encourage young people to embrace their own awks, by sharing his own awkward moments following his recent fitness journey.

Chunkz! Could you describe the changes you made to your lifestyle when you decided to embark on your fitness journey?

“A lot of changes man! I actually started to incorporate a training regime working on fitness and gym work, then cutting out late night snacking, fizzy drinks and all the rubbish I used to eat. It’s about making that whole lifestyle change.“

What did your weight loss training programme look like? And did you go through this alone? Or did you have family and friends supporting you on your journey?

“It was June 16th 2020 and we were in primetime lockdown so everyone was at home. I had my good friend Kyle, who is my personal trainer, and we started working out together and started to see changes in the first month! It was definitely motivation seeing differences within that first month so it was thanks to him!“

What’s your advice for helping gym newbies overcome that initial awkwardness/anxiety when first joining a gym?

“Just give it a go, you’re never going to know about gym until you give it a try. A lot of people put off things because of initial reactions. People in the gym are there to work on themselves and not to watch you and see if you mess up the first couple times. Just give it a try and you’ll learn to love the process!“

Was their anybody you drew inspiration from to take the first steps on your fitness journey?

“There wasn’t someone in particular, I was filming a music video with Yung Filly and we had to pick clothes for the video. When Filly was picking up the clothes, he was picking them all up and checking what he likes, with me I had to pick the ones that fit me. I was more concerned on how is everything going to fit me? I think that was an embarrassing moment for me, and I remember making excuses about the sizes instead of why can’t I lose weight.“

So growing up and becoming the person you are now, who did you draw inspiration from to get into TV and media?

“I’ve always wanted to be a big Youtuber, I had inspirations from people like KSI and Spencer FC who I used to watch a lot growing up. As time went on, the influencer avenue came through and I was shoved into it!“

We’ve seen the likes of KSI, Jake Paul, Logan Paul and others go into celebrity Boxing – Would you ever consider getting in the ring for a celebrity match?

“I’ve said if they have the bread for me I’m on it! I got fitness now, give me 12! I think I could do six rounds comfortably.“

You and the rest of the team (Niko, Sharky etc.) living together, is that a motivation tool in itself to keep succeeding and achieving more?

“Definitley! Because you look left, you see Sharky working consistently. You look right, you see Niko and AJ. They keep me motivated and on top of my game. There’s people around me who are hungry and I’m not as complacent as I once was. Everyone is there for each other, I feel like I have the best set of friends around me.“

You’ve presented alongside the likes of Yung Filly and Harry Pinero – How do you build such a good chemistry between yourself and other co-hosts?

“For me being from the ends, I’ll click with people with similar backgrounds. I was very similar with Filly and Harry and we managed to find a click. As long as you have a good heart and you’re a genuine person, then I reckon I can connect with anyone!“

At what point of your career did you notice you were becoming a leading name in the game?

“To be fair, I think maybe based on followers and interactions. When your winning awards for being the best personality in the UK, that came back to me like rah! This is starting to become serious. It doesn’t get to my head, I try to stay humble and grounded and I’m grateful to be in this position. I would say two years ago I realised it was becoming proper.“

Has there been someone you’ve received praise from who you thought would never reach out to you?

“I’ve always been a fan of the U.K music scene, I love to sing and I know I’ve stopped recently, but when people like Stormzy and Dave telling me they love my voice, that was a crazy moment for me. Hearing praise from people I’ve listened to growing up makes me grateful.“

What’s been your career highlight so far?

Touching on music now! Who are your current three go-to artists that you’ve been listening to?

“Dexta Daps, I’ve been bumping his music, he’s a legend. Wstrn as well, they just dropped some music recently so I’ve been rinsing their stuff! Maybe Eric Bellinger or Fredo as well. I love a bit of R&B even though we’re not into it as much nowadays.“

What is your all-time favourite GRM Daily Duppy?

“Fredo no thought! Respect to all the G.O.A.T.S. I love a lot of GRM Daily Duppy’s, but Fredo’s the most. His delivery, the way he raps, the way he moves. Independence Day is incredible. I’m a big fan of Fredo, he grew up 20 minutes away from me as well!“

What else can we expect from Chunkz for the remainder of 2021?

“I’m going to try and be more consistent on YouTube and plan some new videos and content. Also, just to be happy! That’s the most important thing for me. Watch out!“ 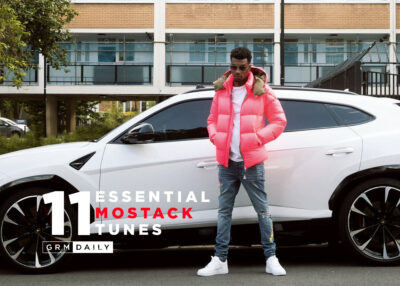 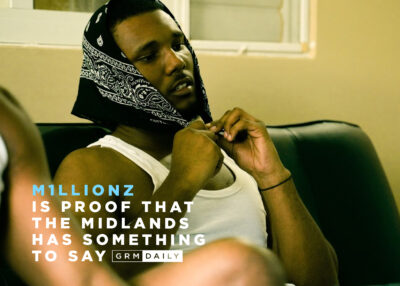 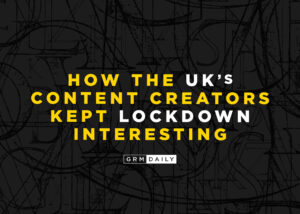 Where would we be without the UK's content creators?...