GRM Exclusive: Is ‘Conflict Of Interest’ the Ghetts classic we’ve been waiting for? 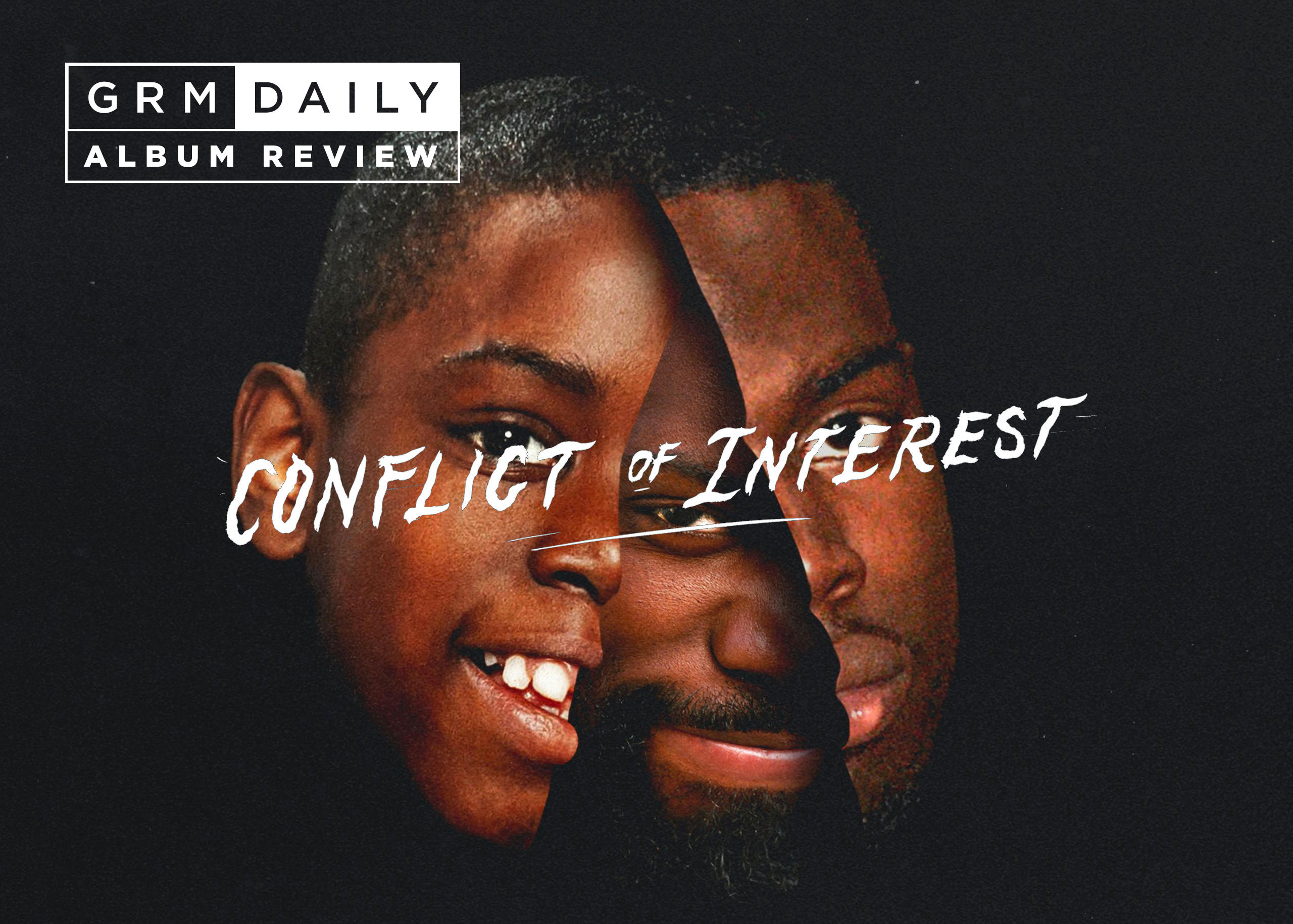 Justin Clarke, Ghetto, and Ghetts: These are the faces represented on the album cover for Conflict of Interest. Ghetts, the central figure, smirks from behind the other two representations of himself, as if to warn the listener that this is the East London legend at his ultimate best. Already cemented as one of the greatest to ever touch a microphone both in the UK and worldwide, the task of getting better at the age of 36 would seem an insurmountable one for many. Ghetts however, is right to smirk.

This album is comfortably his most mature, best produced, and most polished work to date. His cadences and flows in the pockets of beats are on an other worldly level, whilst the album itself flows beautifully from track to track, which is something of a lost art in the age of the Spotify playlist. It is no wonder then that the first track of the album is called, “Fine Wine”, as Ghetts is really getting better with age.

The first thing that stands out on this album is the care and attention put into the production, of which Ghetts himself has declared is ‘bespoke’. TenBillionDreams and TJ have had a major part in this, creating a soundscape that is diverse and allows Ghetts to weave in and out of the pockets of an instrumental. There is also a clear use of live instrumentation across the record, especially with string sections and piano, giving the final track, “Little Bo Beep” a similar feel to Kanye West’s “All of the Lights (Interlude)”. The international influence does not stop there either, with West Coast sounds permeating the beats of “Mozambique”, “Fire and Brimstone”, and “Hop Out”.

This is not to say that the album forgets about the influences from this side of the pond either, as grime legends Rude Kid and Sir Spyro both feature, while there are expert weavings of D Double and Dizzee Rascal samples that pay homage to the East side legends Ghetts came up with. Ghetts will never disappoint with his flows and lyrical content, but what really brings this project together is the production. The transition from “Fine Wine” to “Mozambique” breathes new life into the latter song and sets a precedent for the rest of the album, creating an actual body of work, as opposed to a slapdash melange of features and singles.

Ghetts is a sensei with a microphone. From battling the likes of Boy Better Know and P Money to taking on a whole TV station with “Who’s on the Panel?”, the rapper has been a staple in most top 5 lists for over a decade. Conflict of Interest sees Ghetts at his best, saying more with less words and combining word play with delivery to create an almost flawless selection of verses across the record. “Fine Wine”, and “Autobiography” allow Ghetts to tell his own story his own way, with the former track sending a message that the rapper belongs firmly at the number one spot. He raps, ‘’Low me please, Just crown me please, Furthermore I love converting a non believer so go ahead and doubt me please’.

“Good Hearts” sees a more humorous side of the artist, using wordplay and punchlines to bring comic relief to a section of the album concerning the difficulties of relationships. On “Dead to Me” the rapper has some scintillating 007 wordplay, ‘I thought we was bonding, to live and let die, for your eyes only, you know me, I’m Roger Moore’, while “Little Bo Beep” closes the album in what feels a seminal moment for the UK scene, as some of the greatest lyricists across generations join forces with stellar verses.

The artists’ flows and cadences are second to none, especially on “Crud”, causing the rapper to stand head and shoulders above the rest of the UK in this category. What stands this project out from other releases however, is the passion for songwriting. It does not feel on any track as if Ghetts has purely delivered a freestyle over a beat, as each song feels complete and correct in the context of the album, with some genuinely moving moments throughout.

Two of these moments are helped by the vocals of Ed Sheeran and Emeli Sandé respectively, with Ghetts showing his versatility on “10,000 Tears”, combining with Sheeran seamlessly with an impressive vocal performance. Sandé plays the role of Sonya in the track of the same name, a woman Ghetts grew up with but lost contact with, creating an emotional and powerful song of lost love.

While the album contains many features, it does not feel as if it is feature heavy, as everyone on the album seems to bring a different facet to this already sonically diverse album. The heavy hitters of UK rap, Stormzy, Skepta, Jaykae, and Giggs all bring their composure to their respective tracks, and Dave and Wretch 32 create a lyrical whirlwind on the final song of the album. Miraa May and Moonchild Sanelly both bring a refreshingly different female variation to a standard female hook on a rap song, and Aida Lae brings a garage vibe to the album on “Good Hearts”. The most significant features for me however are Pa Salieu, and Backroad Gee on “No Mercy”. It is as if on this track Ghetts is able to summon the aggression and ferocity of his younger self vicariously through the two young starlets, almost as if it is a reenactment of the album cover.

While there shouldn’t have really been any debate previously, Conflict of Interest has made Ghetts’ position at the very top of the tree undeniable. While I personally would say that his last project, Ghetto Gospel: The New Testament, has been under appreciated since its release, the only real knock on Ghetts is a lack of a real classic album. I don’t think it is an exaggeration to say that this is it. From flawless production, to dazzling wordplay and flows, all tied together with a stellar supporting cast, Ghetts has shown growth as an artist, creating a real body of work that deserves to be listened to as a whole. From Justin Clarke to Ghetto, it feels as if Ghetts has found his final form. 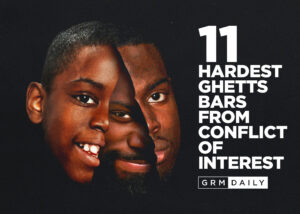 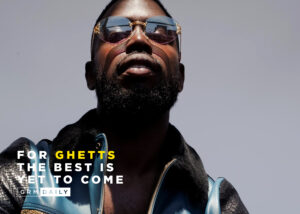 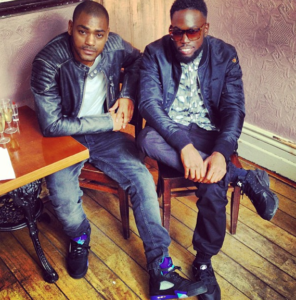 Words: @samripman Grime and the music that has grown from it has always been a movement, more than a genre. Back then, the new sounds and scene they created innately stood against the establishment. As that scene has matured...