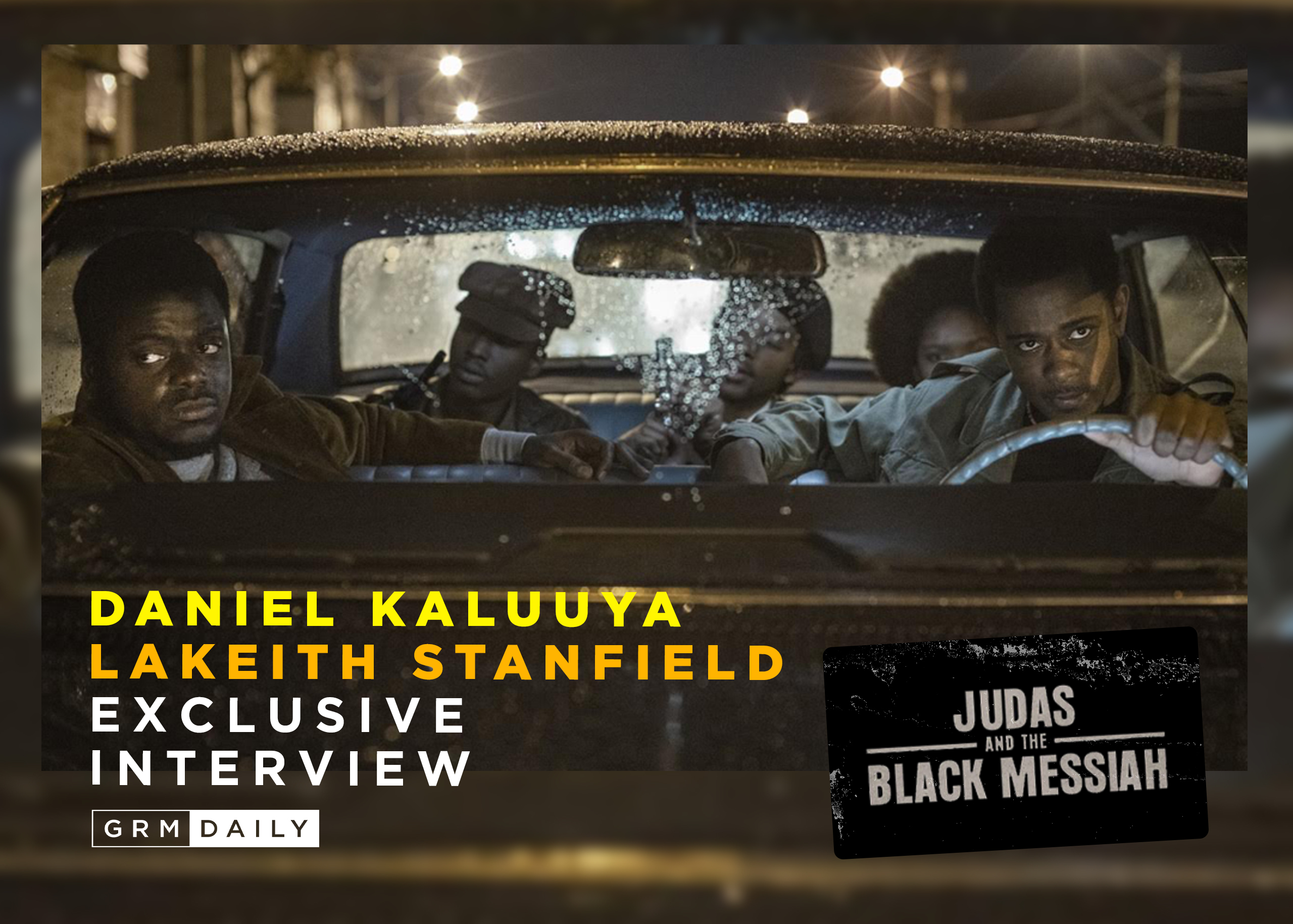 Having first worked together on the Golden Globes-nominated Get Out, it only seems right that Daniel Kaluuya and LaKeith Stanfield’s second feature together Judas and the Black Messiah would result in a Golden Globes win. Daniel Kaluuya recently won Best Actor In A Supporting Role In A Motion Picture for his performance as Black Panther Fred Hampton(he’s also added the coveted Oscar to his trophy cabinet), but this role was far more important than any award. As he said in his winner’s speech, many people (mostly Americans) know about how he died, but what is not so well known is how he lived. Fred Hampton was a revolutionary and like much of Black History, his story is one that hasn’t been given the shine it deserves, until now.

What makes Shaka King’s movie all that more potent is that it is not a Hollywood portrayal of his story, watered down and diluted to please the higher ups. This is a black story told on our own terms by black people, with Fred Hampton’s family playing a key role from start to finish in production. Speaking to GRM Daily, Daniel Kaluuya and LaKeith Stanfield talk about what it took for them to get into such historically powerful roles, what they learned in the process and the importance of Black storytelling and more.

Congratulations Daniel on the film, I thought your portrayal of Chairman Fred Hampton was amazing. What was the most difficult part of the process of getting into the role?

DANIEL KALUUYA: “I think the most difficult part was the cadence and being confident in the cadence I chose. And getting my head around the fact that it’s not an impersonation, it’s an interpretation. That was something I had to lean into and know that if I commit to that and believe in that, then it’s that. But I was really working hard to inform that belief”.

What was it like meeting his family and having them there on set during the filming process?

“I thought meeting the family was necessary. It was so amazing to have them a part of the process. They enriched what we were building. And there were certain things that look minor but had huge emotional impact. To have them a part of the process, we feel like it was just the right thing for us to do. And then having Chairman Fred Jr on set was like a reminder of the emotional stakes at play. Like “Okay, you gotta show up. You have to keep focus. This is this person’s actual life” you know? It just reminds you to keep serving.”

The Oscar buzz is already starting to bubble around this film. I know that wasn’t something you thought about when accepting the role, but how would it feel to be nominated this time around for something as historically powerful as this, compared to the groundbreaking work of Get Out? Or is there even a difference?

“Bro do you know what it is? It’s nice to be recognised by your peers and it’s a blessing if you are. But for me, it’s just about, “how are people receiving the story?”, “how are people receiving Chairman Fred?”. That’s the priority. How people want to acknowledge that in terms of informal ways is kind of out of your control. And it’s like, I’d appreciate it, but it’s that thing where I’d appreciate it if it doesn’t. I did this, I already felt like I wanted to be a part of this. I wanted to be a vessel for Chairman Fred and if his family feel seen, and feel taken in by this film, then that for me is the biggest reward.”

How if at all has this experience changed you as a person in light of everything that happened last year with George Floyd, Breonna Taylor and the countless others that have died at the hands of the police? Because we have our own problems with police brutality here in the UK too, Mark Duggan for example comes to mind..

“I think it just deepened my knowledge of it in myself. And it just inspired me to know that there were people out there that had real ways of combatting the injustices. That inspired me. Sometimes you can stay in this articulation Olympics and everyone’s just trying to speak like, “this is my think piece” and “this is my think piece”, but who’s going to do something about it? And there was a whole group of people that did something about it and we have to carry on the baton in that sense in wherever we’re from. Anti-blackness is a pandemic.”

Are these kinds of stories something you want to tell more of in the future? Or are you still going to continue your career path in the way you had planned to before?

“Yeah bro, it’s just like where am I at? Where are my friends at? Where are my people at? How are we feeling? You know what I’m saying?  What do I want to watch? You just move from that. And then like everything else figures itself out. If you overthink it, then you’re just being strategic and this and that and it’s just kind of like, whatever will be will be. And you just let it go, let go let good.”

How did it feel to be reunited with Daniel and Shaka King again?

LAKEITH STANFIELD: “It was great man. I love that boy Dan you know. It’s always a good play with him. And Shaka, man, he’s a very smart individual and I learned a lot from him. So it was dope.”

From the title people may subconsciously have the urge to dislike the character of Bill O’Neal. What process did you go through to become him and how did you go about humanising him on screen?

“I felt that same urge, you just want to hate on an idea. But to me it really be less about the people and more about, I guess you could say like, the spirit, the energy of betrayal. That’s what you really hate. To me, people are just people. You have to find the truth in that and you just have to play that. You can’t really play no like *does an evil laugh* …like where you from? You from London?

“Out here, they be making all the villains have an English accent. And that’s what they think is the evil thing. But for real, motherfuckers be evil as hell with an American accent. My thing is like, I don’t want to play characters that are just like someone’s imagination of what’s evil. Everybody has the capacity to be evil, so I just try to find that.”

I read that you suffered panic attacks during the making of the movie. What was it about this role that affected you like that?

“I wish I knew. It was stressful man. Like when you put yourself in that place every day, it’s really stressful and it has real implications. People would be like “you got to watch your mental health” and I thought of that conception like cool, whatever. But when you get into it, it really does affect you. It got to a point where I just freaked out. I’d never had a panic attack in my life and it’s a real thing. It’s the same thing as depression, like I thought depression was a joke, until I really was depressed and then that panic attack just hit me out of nowhere and I had to run out the trailer real quick and gather myself.”

Did the fact the cast was close-knit make the process of what is quite a heavy subject matter easier?

“Not really, I mean, I knew Daniel Kaluuya and Lil Rel from Get Out but everyone else, I didn’t really know them like that. It was a good group of people, we really got along for sure, so I guess that does always help.”

As a Black American, how important is it to you to tell these stories about black history on our own terms as black people?

“Well first of all I’m white [laughs] But you know, everything informs everything. That’s why we want to be able to tell our own stories. We’re tired of people trying to tell our stories for us and everybody thinks it’s a joke. That’s why, I’m not really going to say anything about the film, but shit be coming out talking about fictional African places. To me, we got so many stories to tell and we’re not even done yet. We’re just getting started. So I’m happy to be a part of it. I’m grateful to the filmmakers. Those people that wrote it, and Shaka, they made this story possible, and I just joined on. They worked hard for this, so shout out to them.”

Be sure to check out our last interview with Daniel Kaluuya right here.

You can rent the movie premiere of JUDAS AND THE BLACK MESSIAH at home from 11th March. 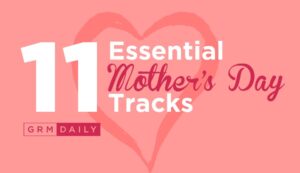 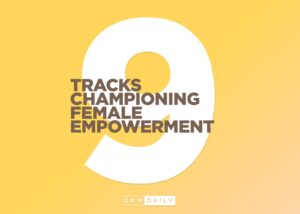 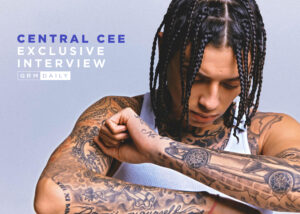