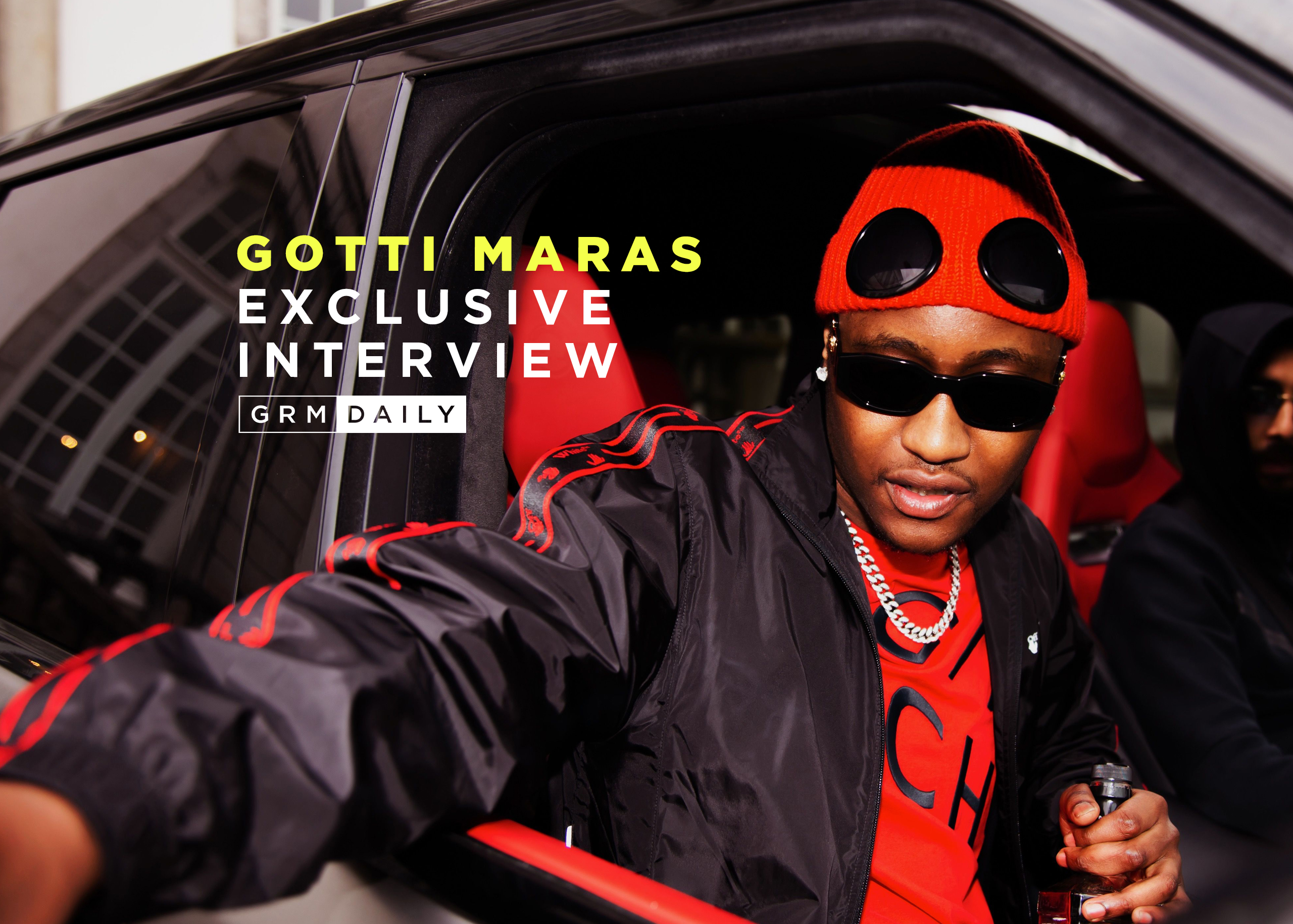 Drill music has come a long way over the last decade. Meandering from the streets of Englewood, through to the estates of London, and now seemingly everywhere, a once shunned genre has exploded into the mainstream. Leading the international Drill scene are a variety of undeniably talented artists. Figures such as Obladaet, Skinny Flex and Freeze Corleone particularly come to mind, welding their own distinct cultural references with the UK drill sound. One newcomer who is making waves is Brussells’ own Gotti Maras.

Gotti is typical of the aforementioned rappers in the sense that he did not make a concerted decision to become a drill artist. His first few releases were certainly more inspired by the trap world of Atlanta than they were by UK or Chicago Drill, as he chose woozy beats which allowed him to experiment melodically as well as deliver hard-hitting rap verses. But it wasn’t until he released his first drill song, “BX Drill”, that his career truly took off. Sampling the piano from the late XXXtentatcion’s track “I spoke to the devil in Miami, he said everything would be fine”, Gotti delivered a drill track with a unique blend of melancholy and aggression to great effect.

Since the release of “BX Drill”, over a year ago, Gotti Maras’ career has taken off. The former professional footballer has released several more iterations of “BX Drill” with the most recent, “BX Drill 5”, tapping French rapper Leto for an international link up. Gotti has also begun establishing his name in the UK, appearing on reputable freestyle series such as Hardest Bars and Plugged In. We caught up with Gotti over Zoom to talk his career so far, the state of Belgian drill, and his hopes for the future.

First of all, how are you? I’ve seen Belgium has announced a whole list of new restrictions for Covid – how are you feeling about that?

“As an emerging artist, the restrictions are tiring – I can’t play shows and showcase my music. But now with the project that I’ve been working on it helps the fact that people are at home, ready to listen to music, so it doesn’t impact that too much. It’s really just the tour part, the lifestyle, that I miss.”

So this has been a great opportunity for you to focus on making some quality music to deliver to the fans next year?

“Yes absolutely, but not only just the music but also myself internally. COVID lends you more time to focus on yourself, this has been a good part of the pandemic has been this.”

First of all, let’s start right in the beginning. Talk to me about Gotti Maras before music, before football, who was Gotti, and what was he doing?

“Gotti was a young boy dreaming, who wanted to make good things from what was around him. I’ve always been about energy.”

Talk to me about the role of your environment growing up in shaping who you are today.

“I had to deal with a lot of strikes and pain. Strikes I don’t know how to translate from French but it’s basically a friend who betrays you. But I always had that feeling in myself that I could do it, if I managed to put the right energy into something positive.”

I’m always intrigued by the development of underground music scenes across the world – talk to me about the current scene and culture in Belgium with regards to drill music.

“The drill rappers in Brussels, they express the dark sides, the shadows of Brussels. It’s a dark city. But there is also a brighter drill style which reflects the fun of the city. Everywhere around the world, the drill sound is being interpreted. I have my own version of drill, which is what I call ‘Hustler Drill’, which is all about becoming better.”

How inspired by UK Drill were you?

“When I made “BX Drill” 1, I didn’t even really know about the UK Drill scene. I didn’t even know it was Drill – the name came from a studio session, it was only after it’s release that I properly digged into the UK drill scene. I love the energy there, their style, flows. They do the best drill! They created it. It’s like with Rumba, the Congolese do it best. “

Ten years ago, I feel like everyone was solely looking to America for musical influence. Do you feel the attention shifting more and more to the UK?

“Absolutely, but I also feel like the UK benefitted a lot from America bringing light to the UK. The works of Drake, Pop Smoke, etc. When I first heard Pop Smoke, I didn’t even know it was drill or UK-inspired! But artists like him helped me get into the UK scene.”

A lot of your original songs are on more traditional American-sounding trap beats – the “Balti” series for example. What was recording the first edition of “BX Drill” like?

“The first time I listened to that beat, I felt that the softness of the piano and the hard bass were perfectly combined. It was a beat where I could express myself. It was actually the last track I wanted to release. I put my art into it. Before that track, I was tired of releasing tracks, but that track changed my mind.”

So was that track the make or break moment in your career?

“Absolutely, it changed my life forever.”

“Definitely gave me the confidence I needed in my music, but also it pushed me to go further and further in my music as I saw that there was an audience for me. It motivated me in many ways to do more.”

“Honestly, I just liked both. But in the beginning, everyone wants to be a footballer, and then life, the streets take over. In the streets, you rap. Since I was young, I have been rapping, but the streets made me more open to it, so I really started rapping and showing it around. It was at first a thing which I kept to myself, but then came the time to put it out there.”

Talk to me about that transition from football to music as your profession?

“For years, I was in the studio, even when I was a footballer. When I stopped football, I could put both feet in music. It went from a hobby to something I could take seriously.”

How did playing football prepare you for the rap game, if at all?

“I can compare both worlds. In both worlds, to earn your place, you have to work hard. When you have a strong character, they want to dominate you, so you have to stay strong. The work ethic is pretty similar in both. Lots of hard work, preparation, delivery. For me, I can really compare music to high level sport – there are a lot of similarities. Practice, work, rigour, they are all important in both football and music. If you want to be the one, you have to do more.

“Now, it’s a new era. It’s so mainstream now, that you have to jump on drill if you are a rapper. All the best French rappers now rap on drill. That puts light on drill, and helps make it international.”

One of the most impressive things for me is how you have cultivated such a strong organic following, only posting videos to your own channel with there being no equivalent of GRM Daily for example over there. How difficult has it been building that audience?

“I didn’t even think about it, I just did it. I was just constantly releasing everything I had. I couldn’t wait for a channel to invite me, I just had to get my music out there.”

Talk to me about the role of Lucid Records, and what the journey of building it has been like.

“As soon as “BX Drill” worked really well, I decided I needed to do something for the future. One day, we looked at our earnings from Distrokid, and just thought there we go, it’s time to create the label. And now the label is distributed by Warner, but Lucid still own all the masters.”

In the UK, drill music is starting to be understood as a genuine commercial opportunity for rappers. There is still a lot to be done, but the conversation in the public is starting to focus on appreciating the talent as opposed to just shouting about how bad drill music is. What has been the reception in Belgium to music like yours from the media and law?

“I haven’t experienced too many doors being closed – I have been invited to a couple of media events. Saying that, on a wider level it’s been similar to the UK. There was an incident at one of my video shoots where a guy pulled out a weapon, and the police are still investigating the case.

“It’s normal, because the streets make people afraid. It’s the same as it is in the UK, in the beginning, there was a boycott, but now in Belgium and France rap is back in the charts.”

I think a lot of people in the UK started to find out about you because of your Plugged In. Talk to me about the experience of recording there with Fumez:

“The Fumez opportunity came when I had just arrived to London. I was contacted by Fumez, received some beats, and then on the way to the studio session I wrote my bars on the metro. Then it was just a feeling, a vibe, a really smooth energy exchange. It felt really professional. At first, I was just invited to record for Link Up TV for their Hardest Bars, and that’s why I was in London. Fumez found out and invited me down.”

I’m also curious in general how your trip to London was – any other linkups with London artists we should know about?

“Nothing in the pipeline yet. My dream collaborations would be with people like Central Cee, Russ, Dave. Dave would be the one I would love to work with. What he expresses, the way he raps, and the content of his stories is amazing. His songs talk about black people, his mum, it’s melancholy but with good energy. For me, music has to be real, you have to stay yourself.”

Be Sure to check out our list of some of the hardest proprietors of Drill in Europe right here. 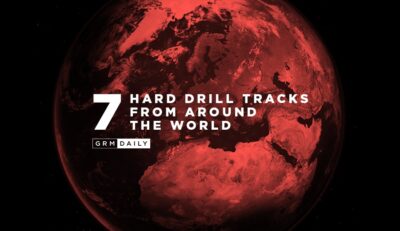 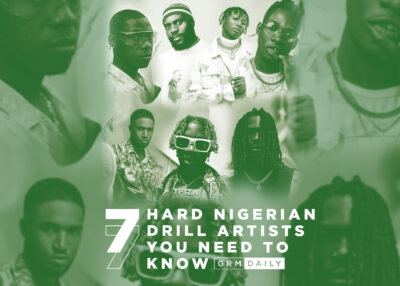 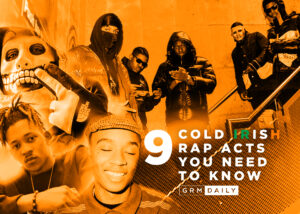